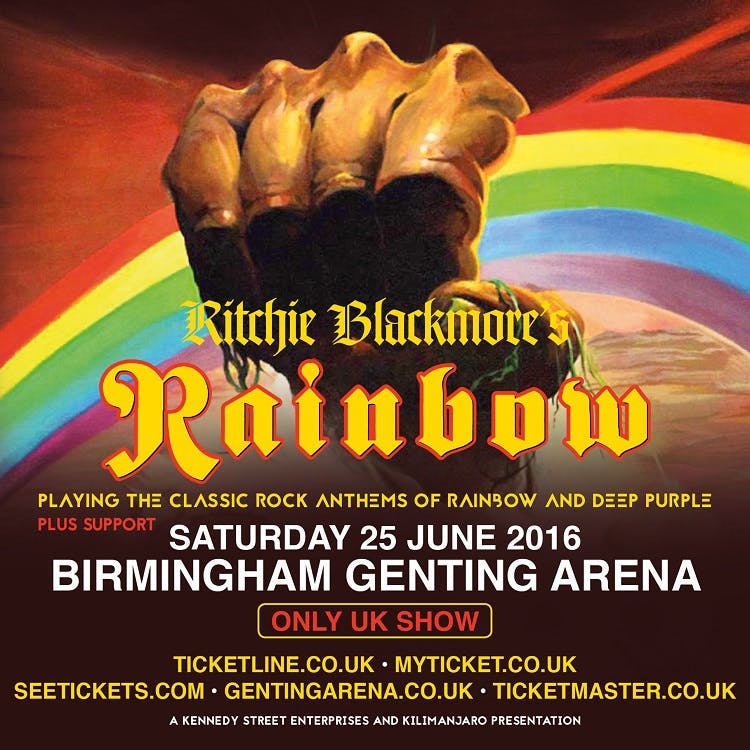 Ritchie Blackmore’s Rainbow will be playing the classic rock anthems of Rainbow and Deep Purple at a very special one-off show at Birmingham’s Genting Arena on June 25 2016. One of the most influential guitarist of all time will announce the full band line-up on November 4, but for now, prepare for what will be one of the most memorable rock shows of all time.

Talking about his return to rock music, Blackmore says, “I just felt like playing some rock ‘n’ roll for a few days, of just playing the old rock stuff, Purple stuff and Rainbow. I’m doing it for the fans, for nostalgia, and the singer I found is very exciting; he’s a cross between Ronnie James Dio meets Freddie Mercury. So this will mean exposing a new singer to the masses, and I’m sure he’ll become pretty famous because of his voice”

Tickets go on sale at 10am GMT on Friday 6 November from the Kerrang! Ticket Store.