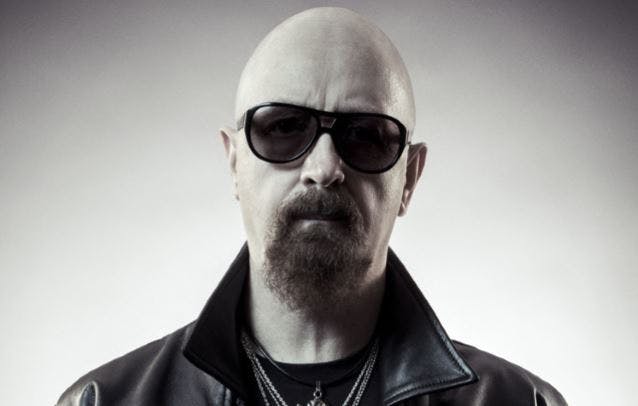 This morning, Judas Priest announced the sad news that guitarist Glenn Tipton would be stepping down from the band’s current touring plans as a result of the development of Parkinson’s disease, which he was diagnosed with a decade ago. Priest frontman Rob Halford has spoken to Kerrang! about what this means for the band, the fans and, most importantly, for Glenn.

“There’s been a lot of emotion today with the announcement, but we’re very happy for Glenn, that he’s been able to make a decision that’s good for him and where he’s at right now,” he told us. “Glenn’s thing was that this was all about the band. It was the band, the band the band. And we said, ‘No, it’s about what’s best for you,’ and he said, ‘No, I want what’s best for the band.’ Which just goes to show you where his heart is at.”

Although Glenn will be replaced on the band’s forthcoming live dates by Hell/Sabbat guitarist Andy Sneap – who produced the band’s new Firepower record – he will still remain very much a part of Priest.

“The most important thing is that Glenn is still in Judas Priest,” Rob insists. “It’s just that his role is going to be different. He can’t tour, but it’s going to be great for fans when he comes out every now and then to do Breaking The Law or Living After Midnight. The love that we’ve had already has been amazing, and I know when he walks onstage whenever we do that, it’s going to be something special.”

Everyone at Kerrang! sends their best wishes to Glenn and the rest of Judas Priest, and hope to see him onstage where he belongs when the band headline Bloodstock on August 9.