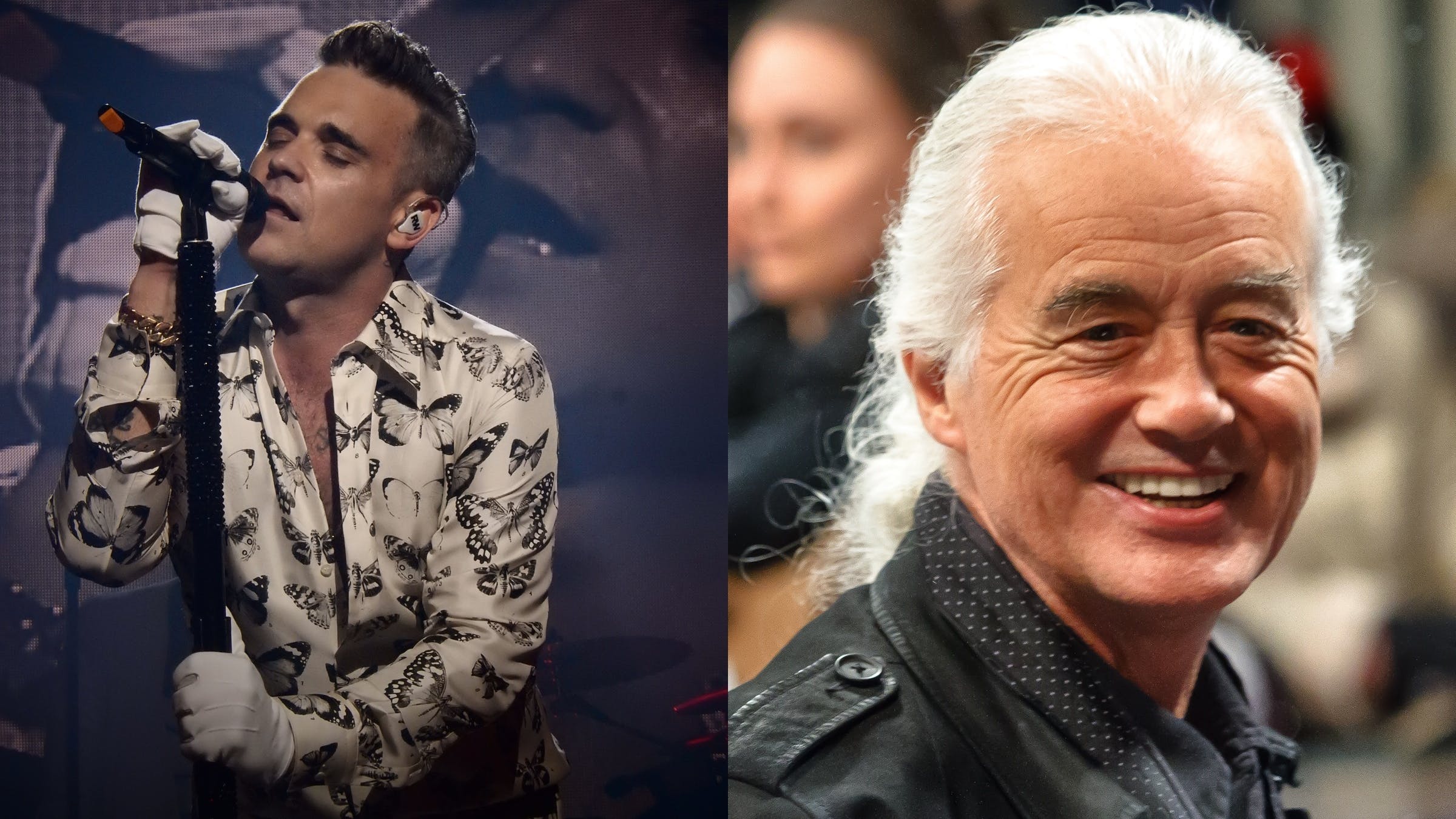 Playing loud heavy metal music to annoy your shitty neighbours is one of the most time-honoured headbanger pastimes. But what happens if your neighbour is one of the genre's forefathers?

According to BBC News, pop star Robbie Williams is torturing his neighbour, Led Zeppelin's own Jimmy Page. The two megastars got into a feud over Robbie's plans to build an indoor swimming pool in his home, which Page worries will harm the foundation of his 1875 mansion.

In a letter to the Royal Borough of Kensington and Chelsea council, someone who calls themselves 'Jonny' claims that Robbie has "played rock arch rival bands like Black Sabbath, Deep Purple, and Pink Floyd" in order to bother the Led Zeppelin guitarist.

But wait, it gets weirder! The letter goes on to state, "There have also been some reports that Robbie Williams has dressed up to imitate iconic Led Zeppelin frontman Robert Plant by wearing a long hair wig and stuffing a pillow under his shirt in an attempt to mock or imitate Mr. Robert Plant beer belly that he has acquired in his older age."

This is the part of the story that makes me wonder what's really going on here. Blasting heavy metal to anger your neighbors is one thing, but dressing up as Robert Plant? Feels elaborate, and maybe like some sort of prank via Page.

Anyway, what's especially ironic is that Jack Osborne, son of Black Sabbath's own Ozzy Osborne, used this exact same tactic to piss off his neighbors in the family's reality TV show. Next time, may we suggest Mr. Williams try some Meshuggah?