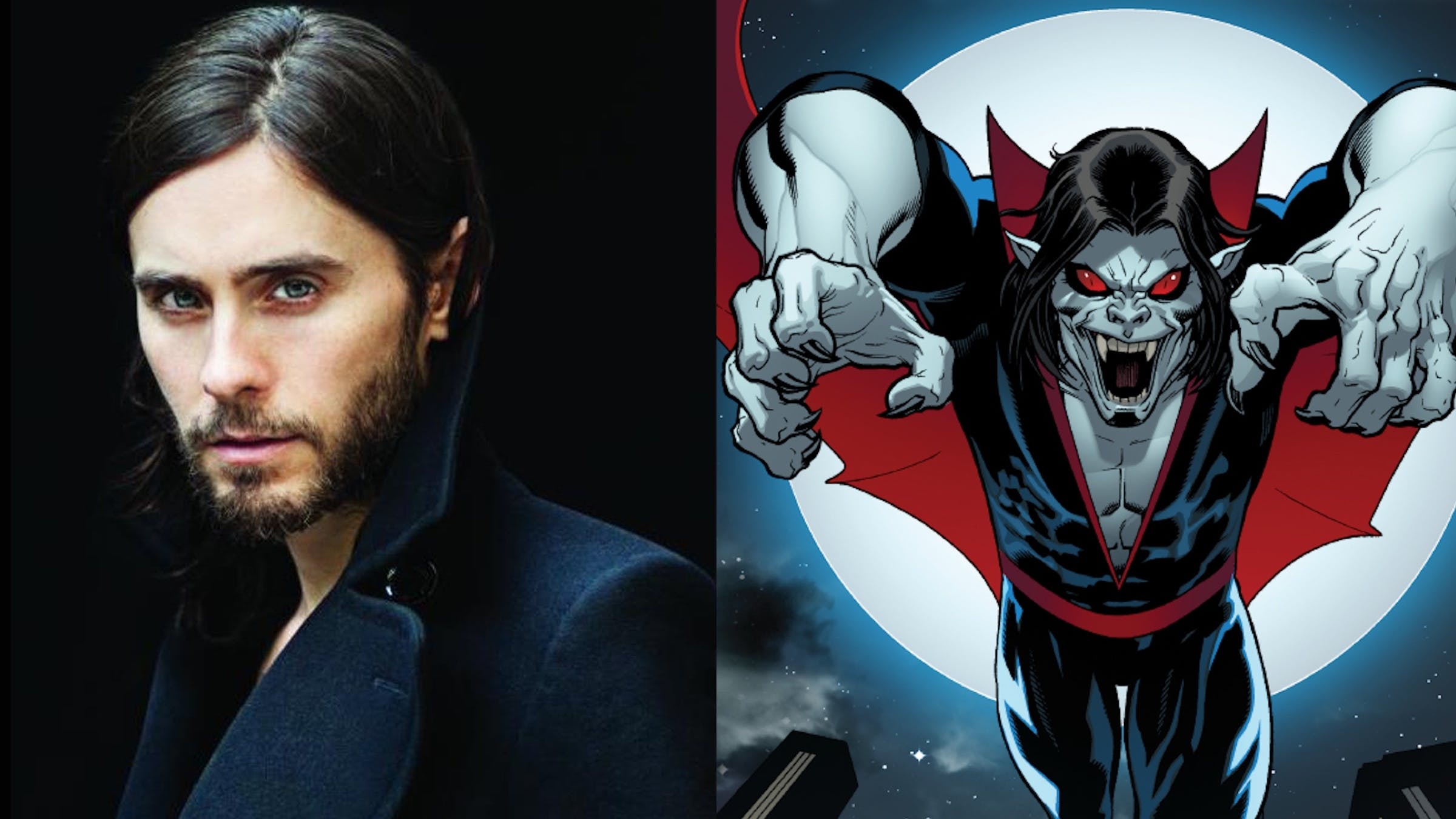 Way back in June of 2018, it was revealed that Jared Leto would be playing the titular role in Morbius, the Marvel spin-off film about Spider-Man's villain who's a scientific vampire. Then, last March, Leto himself shared a first photo from the set of the film. Now, a rumored first look at Jared in his vampire make-up has surfaced, and overall, it's incredibly true to the comic books.

As Bloody Disgusting reports, the unconfirmed photo surfaced just ahead of the trailer, which is set to drop any day now. The picture seems to show Leto just after his transformation, looking over his shoulder and revealing his terrifying vampire's visage.

Check out the rumored first look at Morbius below:

Morbius is an interesting role for Leto, given that it allows him to portray a vampire without going full neckerchief. The character was originally Michael Morbius, a scientist whose quest to cure his own rare blood condition led him to experiment with vampire bats. However, one such experiment turns him into a "living vampire", who has all the basic traits of vampire bats -- flight, aversion to sunlight, and of course a hunger for blood -- without any of the supernatural weaknesses commonly associated with vampires. Think the radioactive spider that bit Peter Parker, only it was a vampire bat, and the scientist had long hair.

Funnily enough, Morbius was created as a way for the writers at Marvel to include a vampire character without breaking the rules of the Comics Code. In the early '70s, monster movies -- and especially Christopher Lee's Dracula movies -- were incredibly popular with the comics crowd. However, at the time the Comics Code Authority didn't allow supernatural creatures and revenants to appear in comic. However, the Code was updated in 1971 to allow supernatural creatures to appear in comics once more -- but by that time, Marvel was deep in its science- and radiation-based mythology, and made Morbius more a costume villain than an actual vampire.

More on Morbius as it comes.

READ THIS: Alice Cooper - "If Lemmy were alive, he'd certainly be a vampire"