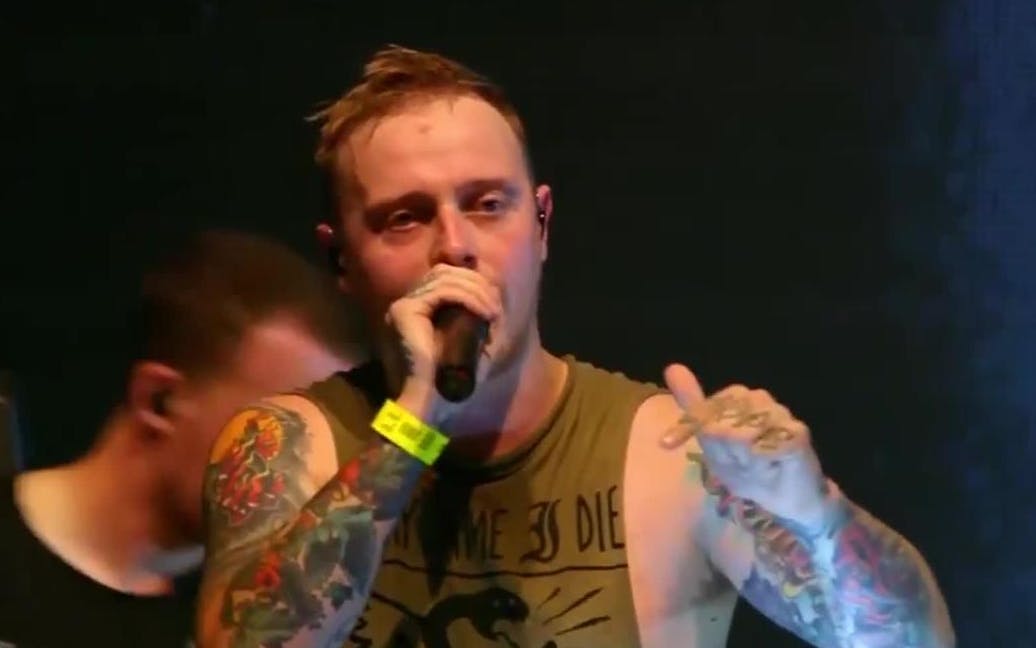 Brighton metalcore quartet Architects paused their set at Dutch festival Lowlands to spotlight the abhorrent behaviour of one dickhead in the crowd.

Having spied said prick grab a crowdsurfing girl’s breast as she came by him, frontman Sam Carter told the packed tent exactly what he thought of the behaviour – and what anyone doing it can do with themselves, if they’re caught in the act again.

“I saw a girl crowdsurfing over here, and I’m not going to fucking point the piece of shit out who did it, but I saw you fucking grab at her boob. It is fucking disgusting, and there is no place for that shit. It’s not your fucking body, and you do not grab at someone, not at my fucking show. So if you feel like doing that again, walk out there [outside the tent], and fuck off and don’t come back.”

Watch the clip below.

The crowd cheered Carter’s comments, before the band slammed back into action. Physical harassment at gigs is something that acts are increasingly calling out – which is great to see. In July, Circa Survive’s Brendan Ekstrom walked off stage to confront someone he saw sexually harassing a fellow, female attendee.

He tweeted, after the show: “It made me furious to watch a girl forcibly remove someone’s hands from her body, multiple times.”

Later at Lowlands, Frank Carter And The Rattlesnakes asked for a moment or two of women-only crowdsurfing, perhaps in response to the incident at Architects’ set.

“Women only!” announced former Gallows frontman Carter. “Ladies. If you have ever wanted to crowdsurf, but you’ve always felt too intimidated… You can now crowdsurf in an environment where every single male member of this audience will treat you with the respect you deserve. Look after these girls, treat them safe… Ladies, you have all the fucking fun… and the security will be here to catch you.”

Watch that clip below.

Both Architects and Frank Carter And The Rattlesnakes play Reading and Leeds festivals later this month.