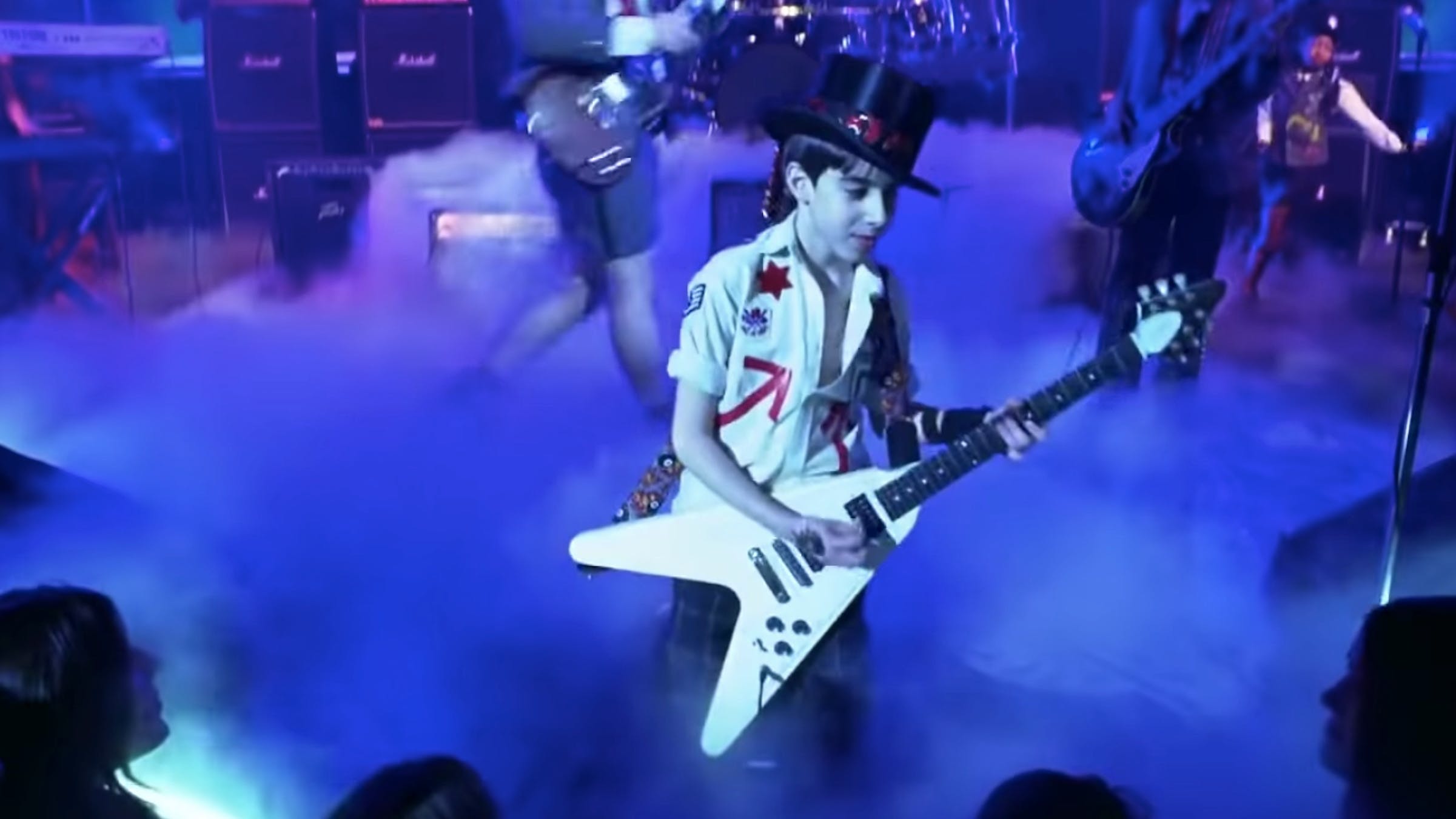 Any rock fan who've been around for the last twenty years has probably seen School Of Rock, the film in which Tenacious D's Jack Black plays a down-and-out rocker who teaches a class full of uptight schoolchildren to rock out and be themselves. Sadly, it appears that Joey Gaydos Jr., the actor who played young guitarist Zack, AKA "Zack-Attack", has fallen on hard times, and has been arrested four times in the last five weeks for stealing guitars.

According to TMZ, Joey has repeatedly walked into music stores and asked to test out guitars before walking out with the instruments and selling them at pawn shops to fuel his admitted drug problem.

Joey has stolen a blue Les Paul Epiphone Prophecy priced at $800, a black Fender Stratocaster priced at $699, and a Gibson Les Paul gold top priced at $1,900. His string of thefts has also included an amplifier. He now faces charges of larceny and theft.

This news is obviously very sad, and we wish Joey a speedy recovery from his addiction. Watch him perform Zack's Song from School Of Rock below: