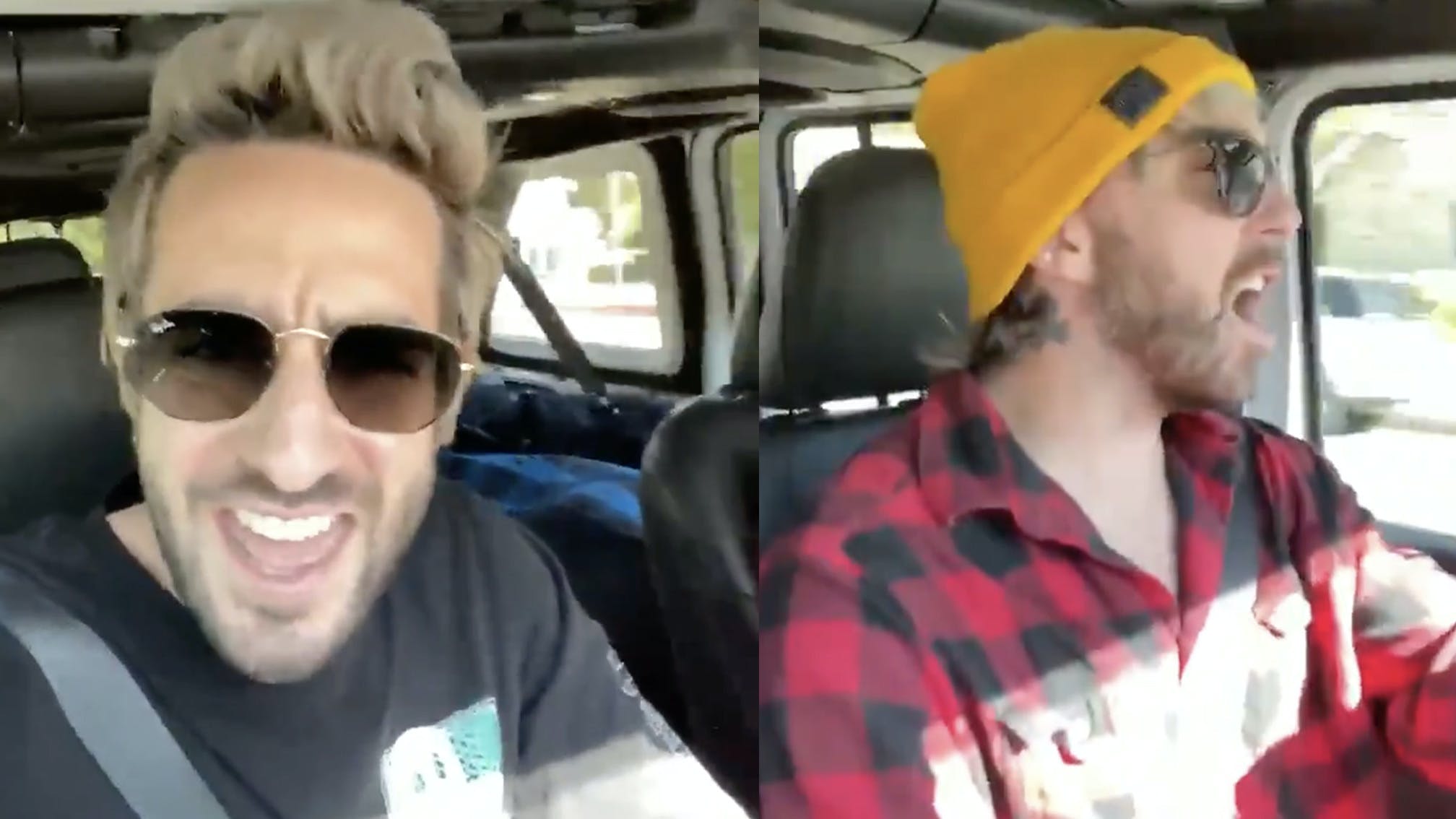 It's finally happened: All Time Low have joined in on the viral Dear Maria, Count Me In TikTok trend.

The nostalgic video series – which is part of a wider pop-punk resurgence on the app – began last year as users told their followers, "Mom, it was never a phase, it's a lifestyle" while singing along to the 2007 pop-punk classic, taken from All Time Low's second album So Wrong, It's Right. And while frontman Alex Gaskarth acknowledged the trend by jokingly tweeting "I always knew Dear Maria would be a massive TikTok song when we wrote it in 2006" earlier this month, now he and guitarist Jack Barakat have fully got onboard and taken part themselves. (And it's absolutely ace, obviously.)

In August last year, the actress who played the titular character in the Dear Maria video, Gilli Messer, took to TikTok to share that she still had one of the props from the shoot. “In 2008, I played Maria in All Time Low’s Dear Maria, Count Me In video,” she said, holding up the black-and-white polka dot bra that she wore. In a second video she then added that it was ​“very fun” to work with the band. "We were all so young," she said. "But I think the best part for all of us was working with the chimp!"

Check out All Time Low's Alex and Jack belting out Dear Maria below:

Catch All Time Low at the following live dates this year: