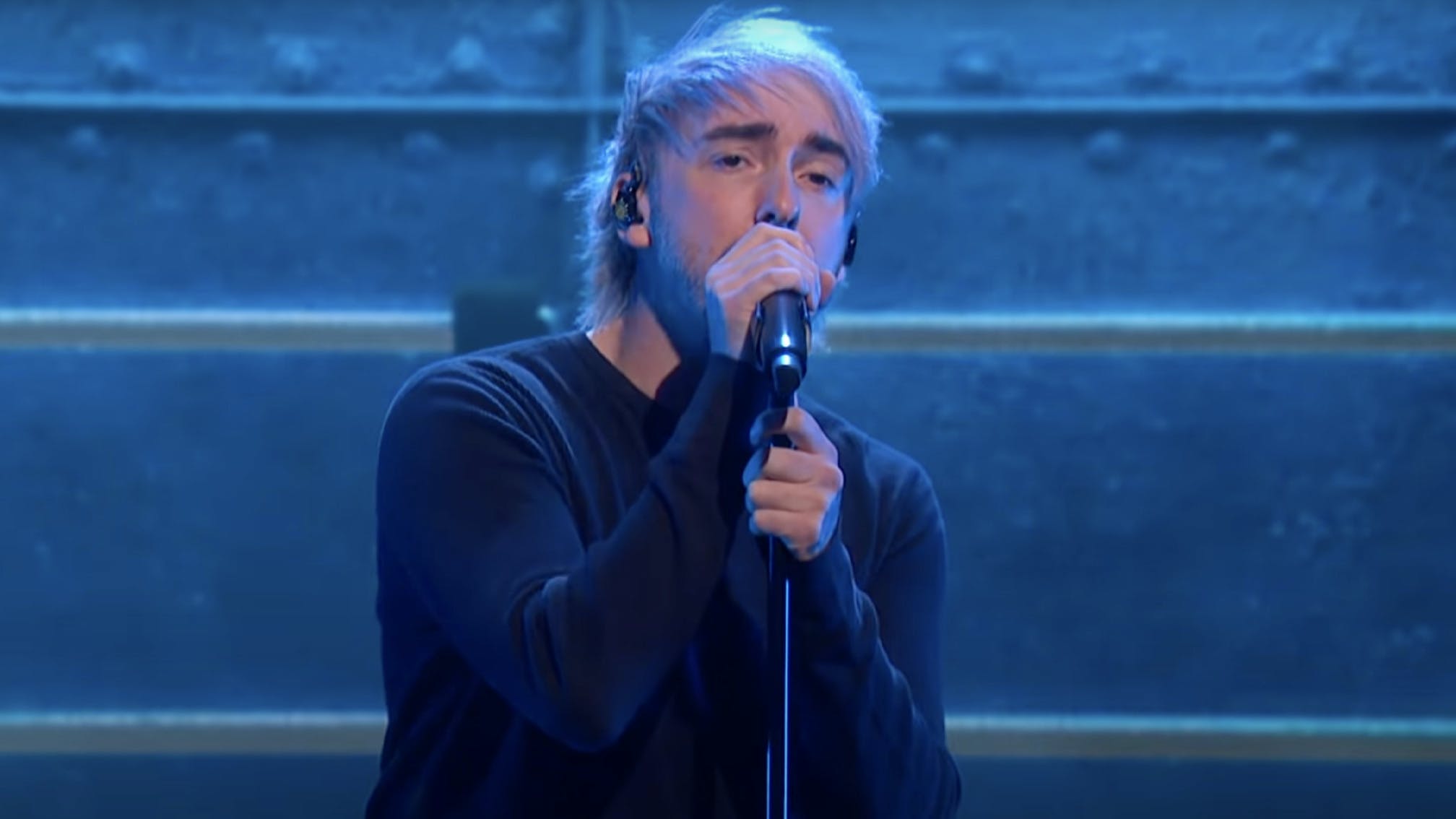 All Time Low's Monsters continues to be a massive success for the Baltimore gang, with Alex Gaskarth and co. hitting The Ellen Show to perform the 2020 hit.

Though the smash single (taken from last year's awesome Wake Up, Sunshine album) also normally contains a cameo from blackbear, Alex took on those rapping parts himself this time around, nailing the performance as his bandmates looked equally invigorated to be playing live together.

"Feels like a dream to be in a live environment playing this song with the boys again," the frontman tweeted after the performance. "Massive thanks to The Ellen Show and the entire crew, and to all of you for getting us here."

Speaking to Kerrang! last year for a track-by-track guide to Wake Up, Sunshine, Alex explained of Monsters: "This was done in Palm Springs, in the later part of the process. We knew once we’d written it that we had something special; there was an energy that felt like it was going to be one of the standout songs on the record. Andrew [Goldstein, songwriter] had been working with blackbear on his new music, and as we were listening back to everything, he spoke up and said, 'It would be really cool if we sent this to blackbear!’ We had never thought of that before, but he was really into it, and he sent back this thing to Andrew saying, 'This is kind of the headspace I’m in at the moment anyway, so I already feel like I could write something for this.’ It really elevated the song, and took it to this new, refreshing place that we had never properly explored before. We’ve never really collaborated with someone in rap or hip-hop, and this brought a lot more energy to the song. It was a fun one to do!”

A couple of months ago, Alex told Kerrang! that All Time Low already had plenty more new music in the bag.

"We got to a certain point where we just said, 'Let’s get back in the studio and start writing,’ because that was one of the only other things we had available to us: to be creative," he said. "Typically we put a record out and then go on tour for a long time, and I don’t normally find the headspace to write as much – I go on tour mode. So this time I quickly had to flip that gear back into creative mode and it was pretty fun! We probably have another two albums’ worth of music at this point…”