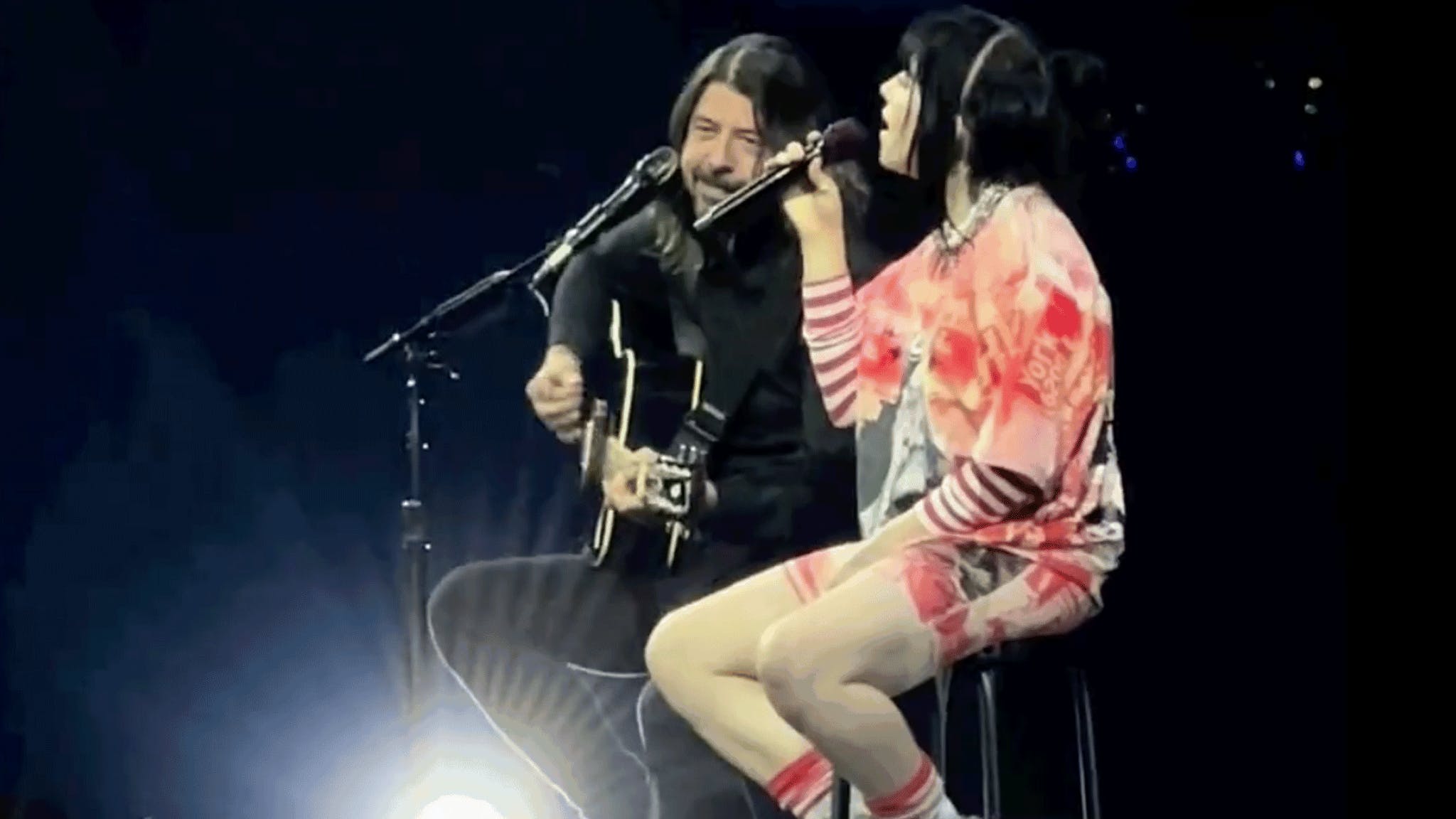 Billie Eilish assembled a star-studded run of guests for her recent hometown shows at the Kia Forum in Los Angeles – including Foo Fighters frontman Dave Grohl.

The rock legend joined Billie onstage on Thursday, December 15 as the pair paid tribute to the late, great Taylor Hawkins by performing an emotional acoustic rendition of Foos’ iconic 1997 single My Hero.

Before they played, Dave referenced Billie’s April 2022 tribute to Taylor, having worn a T-shirt with the drummer on during her performance at this year’s GRAMMYs.

“Earlier this year all of the Foo Fighters and our families gathered together at my house to watch the GRAMMYs, and when Billie came out for her performance in a Taylor Hawkins T-shirt, the room was filled with real tears of love and gratitude,” he said. “So from our families who aren’t here tonight, and the Hawkins family and everyone, we’d like to thank you very much. So let’s sing it for Taylor.”

After the shows, Billie took to Instagram to thank the many guests who joined her in LA this month: “Crazy,” she wrote. “I’m such a fan. so grateful. thank you la for coming back for me & thank you to some of my [heroes].”

Check out the duet below: