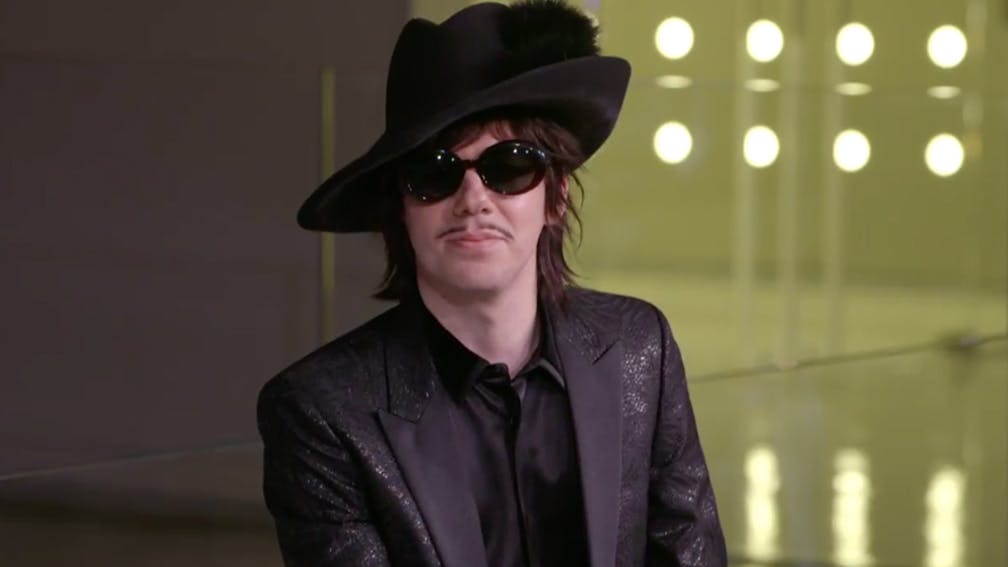 While Ghost's Tobias Forge – aka Cardinal Copia – had kept his identity hidden up until as recently as last year, the frontman has finally taken part in his first-ever video interview as himself, completely unmasked.

Sure, Tobias' costume means that he's still fairly Ghost-ified – but this is the closest we've come to seeing the 'real' him on video so far. And in a half-hour iHeartRadio chat hosted in New York, he covered plenty of interesting topics – from his childhood, to opening for Iron Maiden.

Tobias also discussed the future of the band (via Revolver): "I know basically what we're doing practically until the end of the cycle, what we're hoping to achieve. I know what the next album will be sort of like. I don't have the record here, I can't play it to you, but I have one album inside that I want to create. And then I have [a] quite solid idea of what I want to do for that live show in the future. But longer than that, you know, who knows?"

Watch the full thing below.

Catch Ghost live in the U.S. this month, on their first-ever arena headline tour:

The band are also supporting the mighty Metallica in the UK and Europe next summer, with Bokassa in tow, too.

Tickets are on sale now from this link.