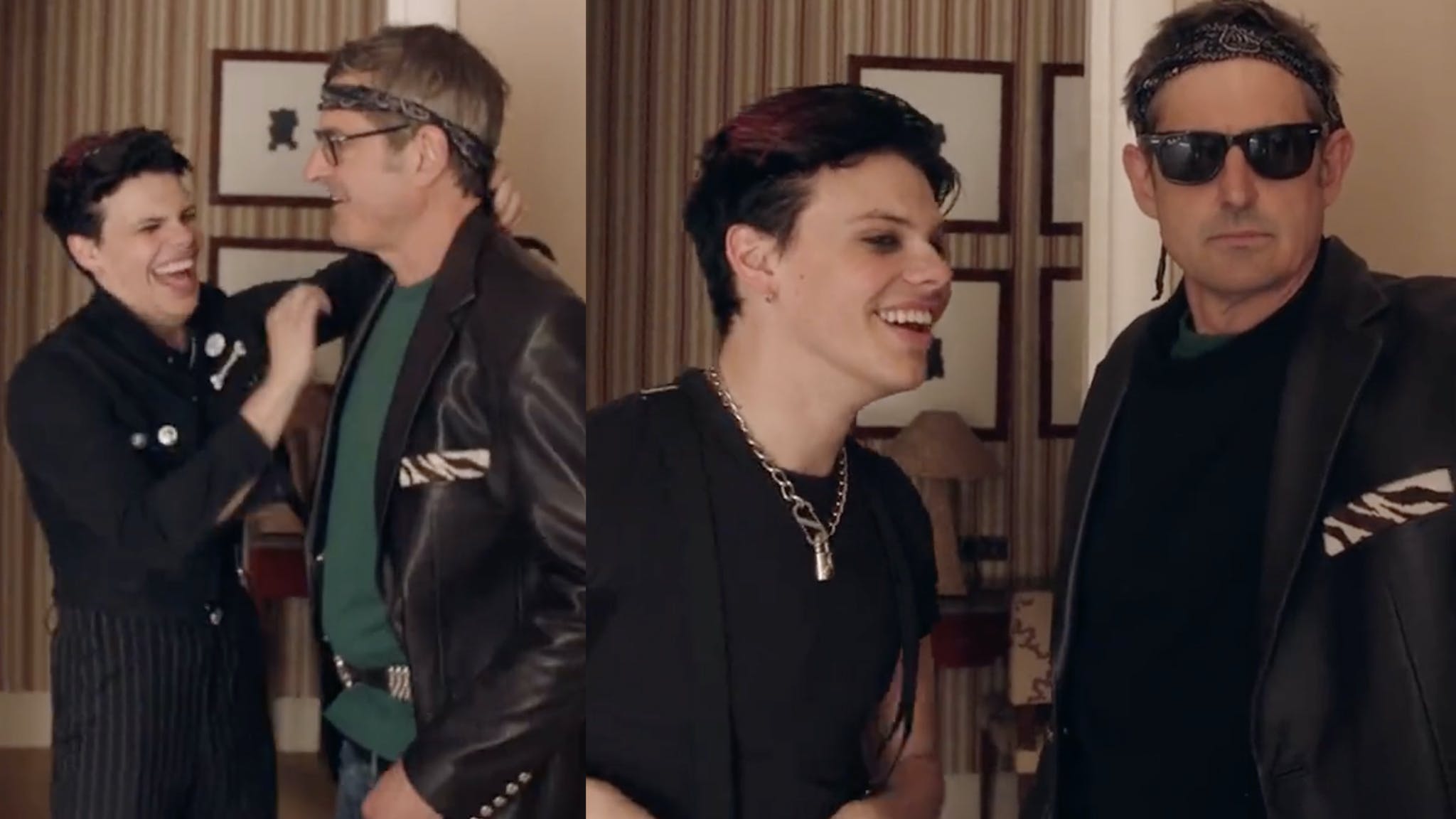 Last night (November 8), the latest episode of Louis Theroux Interviews premiered on BBC2, and it saw Louis sitting down with YUNGBLUD.

Following episodes with Stormzy and Dame Judi Dench, this week the broadcasting legend met up with YUNGBLUD – real name Dominic Harrison – in the middle of his world tour.

And a preview for the show on social media saw Louis really getting to know YUNGBLUD by quite literally becoming a rock star himself, checking out his closet before putting on one of Dom’s leather jackets, a studded belt, bandana and sunglasses, much to the musician’s amusement. “That’s pretty hard, man!” YUNGBLUD says in approval. To be fair, Louis does pull it all off very well.

Louis Theroux Interviews YUNGBLUD is available now on BBC2 and the iPlayer website.