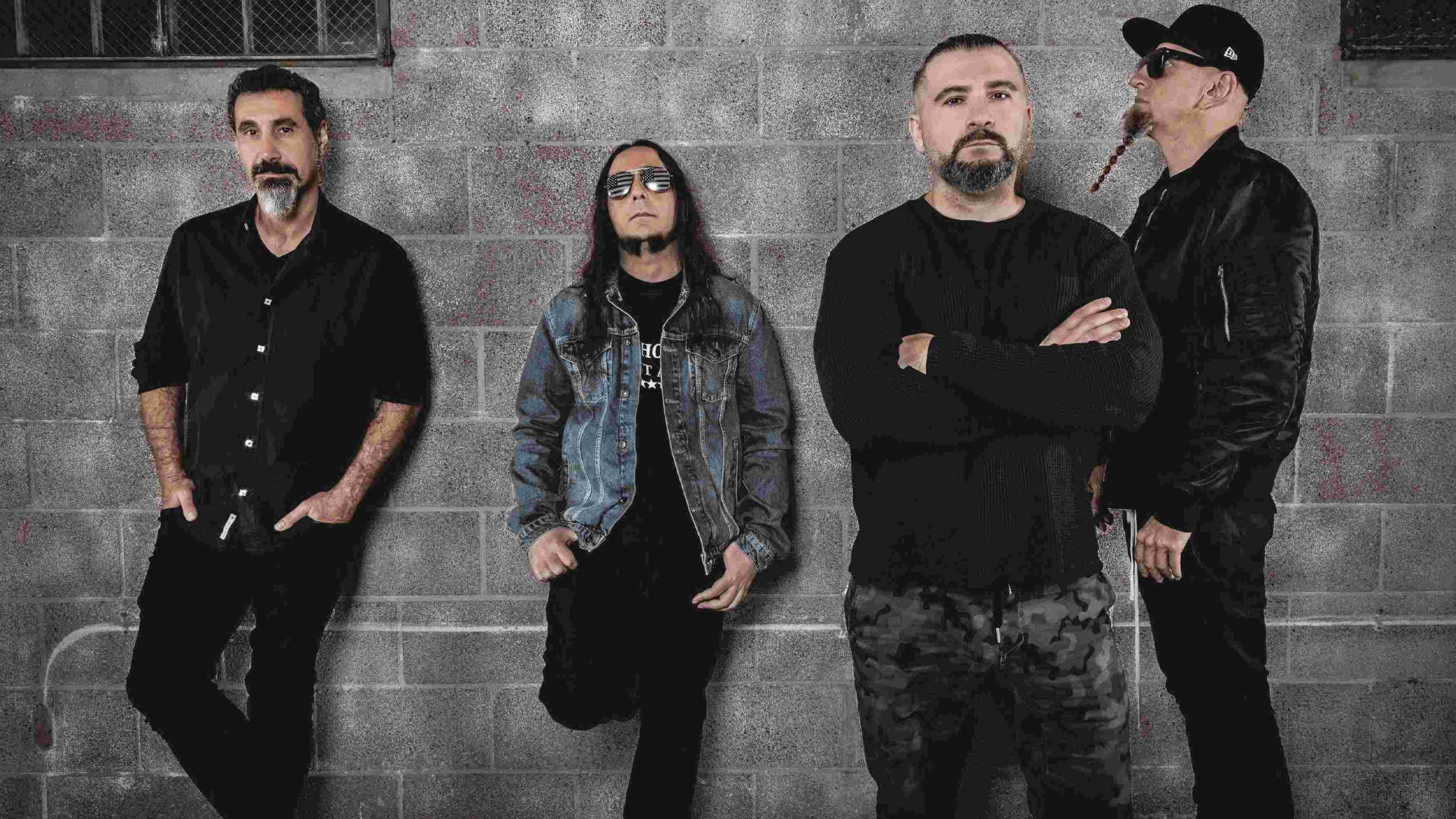 The inner-political conflict of System Of A Down has been a huge (and often depressing) talking point this year, with frontman Serj Tankian and drummer John Dolmayan both very openly expressing their opposing views of the situation Stateside. And vocalist Serj has admitted that he has found it "frustrating" to see his bandmate so publicly supporting Donald Trump.

"He’s Armenian. He’s my brother-in-law and my drummer. Is it frustrating being politically opposite to your own drummer and brother-in-law? Fuck yeah," he tells Forbes of their differences of opinion when it comes to political matters in America. "Of course it’s frustrating. But that’s having to do with American politics.

"When it comes to Armenian issues we’re on the same exact page. We know what injustice is happening, we work together. We’re doing different auction activities and working together on many fronts. The Armenian nation is united, whether you voted for Republican, Democrat or neither.

"But, I was a Bernie [Sanders] supporter, I still am," Serj continues. "I feel like he still would’ve been the best choice going forward. But I’m okay with [Joe] Biden. I’m happy that they’ve made that statement. The elections are coming up and normally I’m very vocal, but this war and the daily death toll has really taken up my full spectrum of focus."

Back in June, Serj reassured fans that, despite their differing beliefs when it comes to Trump, he both loves and respects John "irrespective of our extremely polarised political commentary".

"Remember irrespective of the stance, only artists that truly care and are impassioned will risk alienating their base for what they consider the truth," he added. "Our dilemma and possible fallacy is that we have two in one band. Some may consider that a weakness but the artistic, political and social dichotomy if not quadrichotomy (not a word) has made System Of A Down what it is today."

That same month, John revealed of discussions within the band: "You’d be surprised at how civil our conversations are, especially between me and Serj, who seem to have the most diverging opinions on things.

"I have a lot of respect for Serj and his opinions, although I don’t agree with them very often these days. And that’s okay. We expand each other’s horizons – I like to think that he learns from me and I learn from him."

System Of A Down will headline next year's Download Festival alongside KISS and Biffy Clyro.

Read this: How System Of A Down's Sugar taught nu-metal to dance