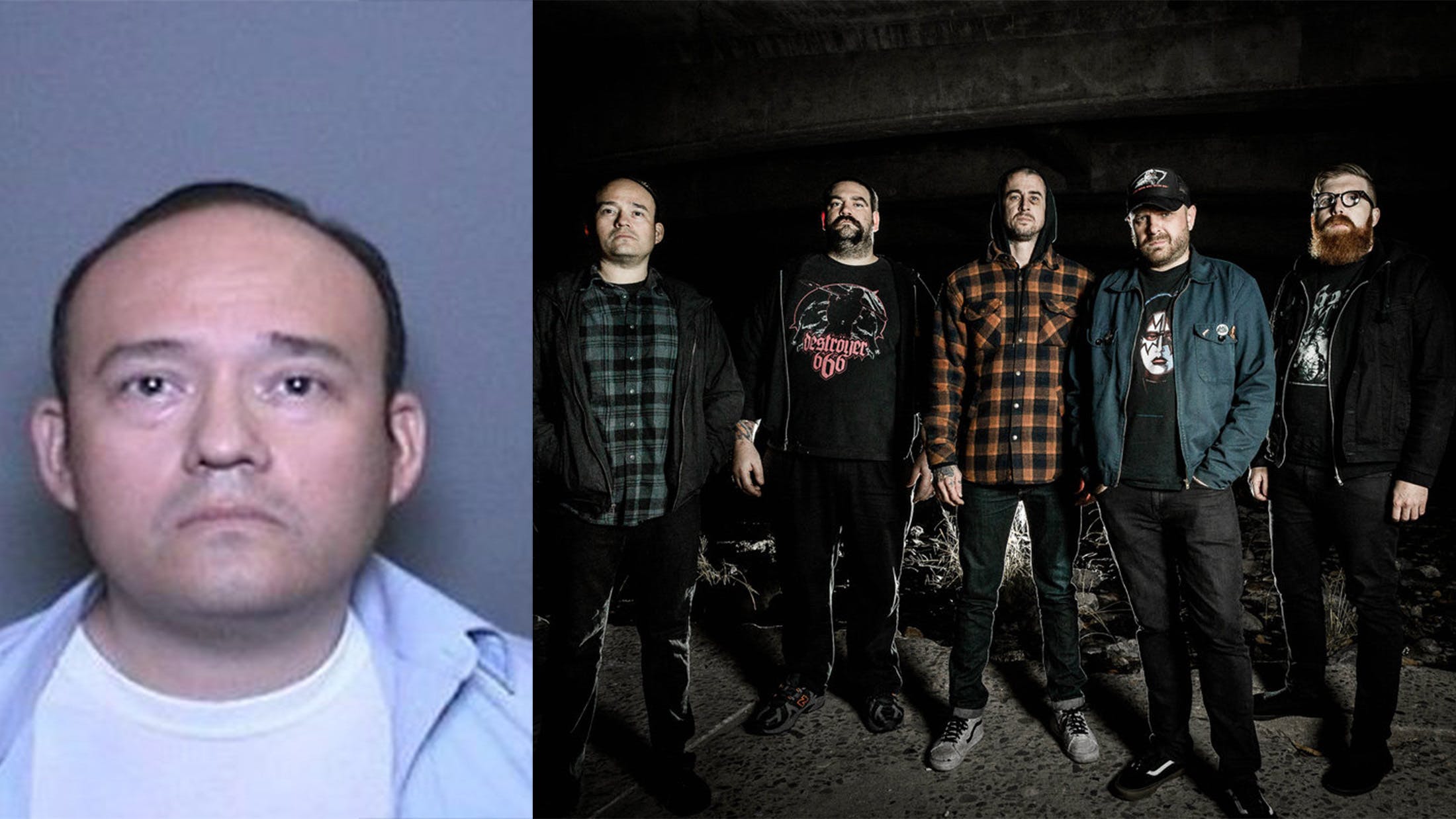 Brooklyn Vegan reports that Eddie John Bermudez, guitarist in the metal band Seven Sisters of Sleep, has been charged with a considerable number felony charges for allegedly posing as a 16-year-old male on social media and soliciting nude images from 13 underage girls. Charges include 21 counts of “Lewd act with a minor under 14”, three counts of “Lewd act upon a child", and “Possession and control of child pornography”.

From The Orange County Register:

"Prosecutors said Eddie John Bermudez operated a Facebook account from 2014 through 2016 in which he posed as a 16-year-old boy and solicited images from at least 13 girls under 14 years old.

Authorities said he would persuade the victims to engage in lewd acts involving substantial sexual conduct and then send him photographs and videos of the acts."

Bermudez gave himself up to the police in Orange County last week and potentially faces from 244 years to life in prison if convicted.

The band have split up, and have this to say on Facebook:

"It is with profound sadness that we announce the end of Seven Sisters of Sleep.

On Thursday March 8th, the day we were last scheduled to have practice, we learned via a text message and Google search that our rhythm guitar player, Eddie Bermudez, turned himself in several days before for over two dozen felony counts pertaining to child pornography. According to these charges, he was posing as a 16 year old boy on social media to solicit pictures and videos from underage girls. We were absolutely blind sided by this and left in a state of shock, disgust, sadness, and anger that we are very much feeling now and will likely feel for years to come. We are devastated and left feeling about as betrayed as you can.

We, the remaining members, have to distance ourselves from SSOS. This decision doesn’t come lightly but it was also forced upon us by this situation. We also want to express gratitude to all the fans, bands, and labels who supported us throughout our 9 year run. We know in light of this revelation it won’t be easy to disassociate SSOS with this horrible news going forward but that is nothing compared to the other negatives involved here."