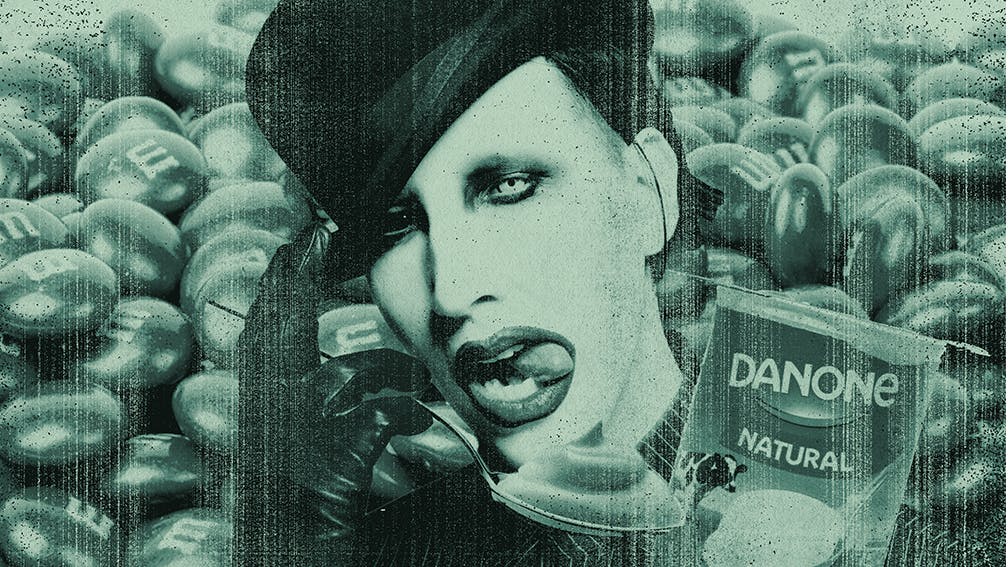 The rider is a staple of rockstar excess. How can you say you’ve made it unless you're rolling up to a dressing room laden with incredibly specific refreshments provided to your exact standards? Have they got you Coke Zero instead of Diet Coke? Start the bus, the show’s cancelled.

The thing with incredibly outlandish riders is, much like trashing hotel rooms, you’re only robbing yourself. The tour promoter will cover the cost of all those fresh flowers, but that money’s coming from somewhere, and promoters aren’t in the business of throwing money away.

That said, you can’t expect Axl Rose to make his own packed lunches. The Smoking Gun – a site that primarily deals in investigative reporting and freedom of information reports – has amassed a collection of band riders that, if you ever want to lose about six days of your life, you can dive into and it’s full of incredibly minor, but really compelling revelations. Like, did you know that Zack de La Rocha eats Starburst after Rage Against The Machine shows? Now you do.

Alternatively, here are some of the highlights from the rock world.

The most famous example of excessive demands in riders is actually a lot less silly than it sounds. Van Halen’s 53-page rider for their 1982 tour insisted upon, among other things, pickled herring and a tube of KY Jelly, but its most legendary demand was for M&Ms with all the brown ones taken out. As David Lee Roth explained in his autobiography, this was actually a test – there were important details about safety and security in the document, and the band figured that the presence of brown M&Ms was a giveaway that the venue were slack in their preparations and could be putting people in danger. By 2008, the band’s demands had changed significantly, but included a study room for 16-year-old bassist Wolfgang Van Halen to do his homework in.

In these more enlightened times of smoking bans and vaping, it’s pretty nuts to see just how much bands used to puff through back in the day. A rider from the years of Guns N’ Roses’ classic line-up (circa 1986-90) is staggering – it includes four cartons of cigarettes for every show. That’s cartons, not packs – depending on the brand (one carton each of Dunhill and Camel, two of Marlboro) that’s between 200 and 400 fags per carton, making it very possible Guns N’ Roses were collectively smoking their way through a thousand cancer-sticks per show. Bonkers. Also, for good measure, they apparently insisted on an “assortment of adult magazines”.

Hailed by The Smoking Gun as the most entertaining rider of all time, Iggy Pop and the Stooges’ rider for their 2006 tour includes loads of ridiculous asides from its author, stage manager Jos Grain, such as describing Iggy’s onstage behaviour as, “He’ll be all over the place like a mad woman’s shit.” Exhausting but hilarious, Jos will happily take two pages of stream-of-consciousness prose to make points like “No smoke machines” that could obviously be made more efficiently, but where’s the fun in that? Highlights include the catering advice “Look, there’s fucking loads of good red wines. Ask the man in the wine shop” and the security request for, “Security men, preferably built like brick shit-houses.”

Foo Fighters Are Determined To Win The Rider Game

Determined to outdo everyone, and secure in the knowledge that it would all eventually end up on The Smoking Gun, Foo Fighters’ team (primarily tour manager Gus Brandt) put together a 52-page document for their 2011 tour including puzzles, mazes, self-deprecating jokes, drummer Taylor Hawkins’ salad tips, serial killer gags, endless jokes at the expense of vegetarians, useful reminders like “chicken is not a vegetarian food”, and shoutouts to other rockstars, seemingly as a result of being given other acts’ leftovers in the past. “How about having the condiment fairy drop off a gaggle of new, unopened condiments?” it requests. “We don’t want the last few millimetres Alice Cooper left in the mustard bottle.” Elsewhere they insist not being fobbed off with Panic! At The Disco’s Grape-Nuts, and assurances that proper catering will ensure the bringing of so much rock that “you’ll make next week’s Slipknot show a culinary orgy”.

Does The God Of Fuck demand absinthe? Of course he does. Slightly less expected, though, is the insistence on Danone yoghurt, Haribo gummy bears, Doritos, low-fat milk and a packet of mince. Supposedly Manson’s early riders specified that he wanted a bald, toothless prostitute waiting for him in his dressing room. His management have claimed in the past that this last part is in there partly as a joke and partly because, should such a person exist, Manson would like to meet him/her.

blink-182 Guess That Is Growing Up

Your demands change as you mature, and a band’s rider reflects that. blink-182’s 1998 rider insisted that they be provided with one “X-rated lesbian magazine”. By the time the Millennium rolled around, this had been removed. They hadn’t left childhood behind entirely, however, and still insisted on a box of Cap’n Crunch breakfast cereal.

Nine Inch Nails once got in a lot of trouble with cornstarch. When filming the Down In It video in 1989, using cameras mounted on floating balloons, one balloon had got loose. A farmer had found it and seen footage of Trent Reznor covered in cornstarch pretending to be dead, which led to a murder investigation despite the frontman being very much alive. Nonetheless, cornstarch featured prominently on Nine Inch Nails’ rider, accompanied by the message “VERY IMPORTANT!” – while it’s nice to imagine the band doing some baking in the green room, it was actually to help them don their leather stage outfits. On the same rider, hilariously, due to a typo, the band request “bowels, cups and saucers”.

On 2011’s Fun Fun Fest tour, Slayer went out of their way to be awesome, which is sort of their thing anyway. They requested a hundred “snow-white goats for slaughter”, a Halal butcher to do the slaughtering and bags to store the flesh in. They also insisted on blood-proof umbrellas, a pentagram made of sandwiches (!!!), black yoga balls and a human skull full of sweets. Their requests weren’t without modesty, though – the rider asks for "two shoeboxes to hide our GRAMMY awards (do not write 'GRAMMYs' on the boxes.)"

Mötley Crüe And Their Military Machinery

As well as all the usual things you’d expect (scented candles and the like), the Crüe’s rider insists that Nikki Sixx is presented with a boa constrictor no less than 15 feet in length. If that didn’t seem dangerous enough, there are also requests for a machete, a stainless steel double-bladed combat/survival knife (which they insist is not serrated, because obviously a serrated one would be dangerous), and, er, a fully-suppressed Heckler & Koch MP-5 SD sub-machine gun complete with 500 9mm rounds. We’re reasonably sure everything after the candles is a joke, though…