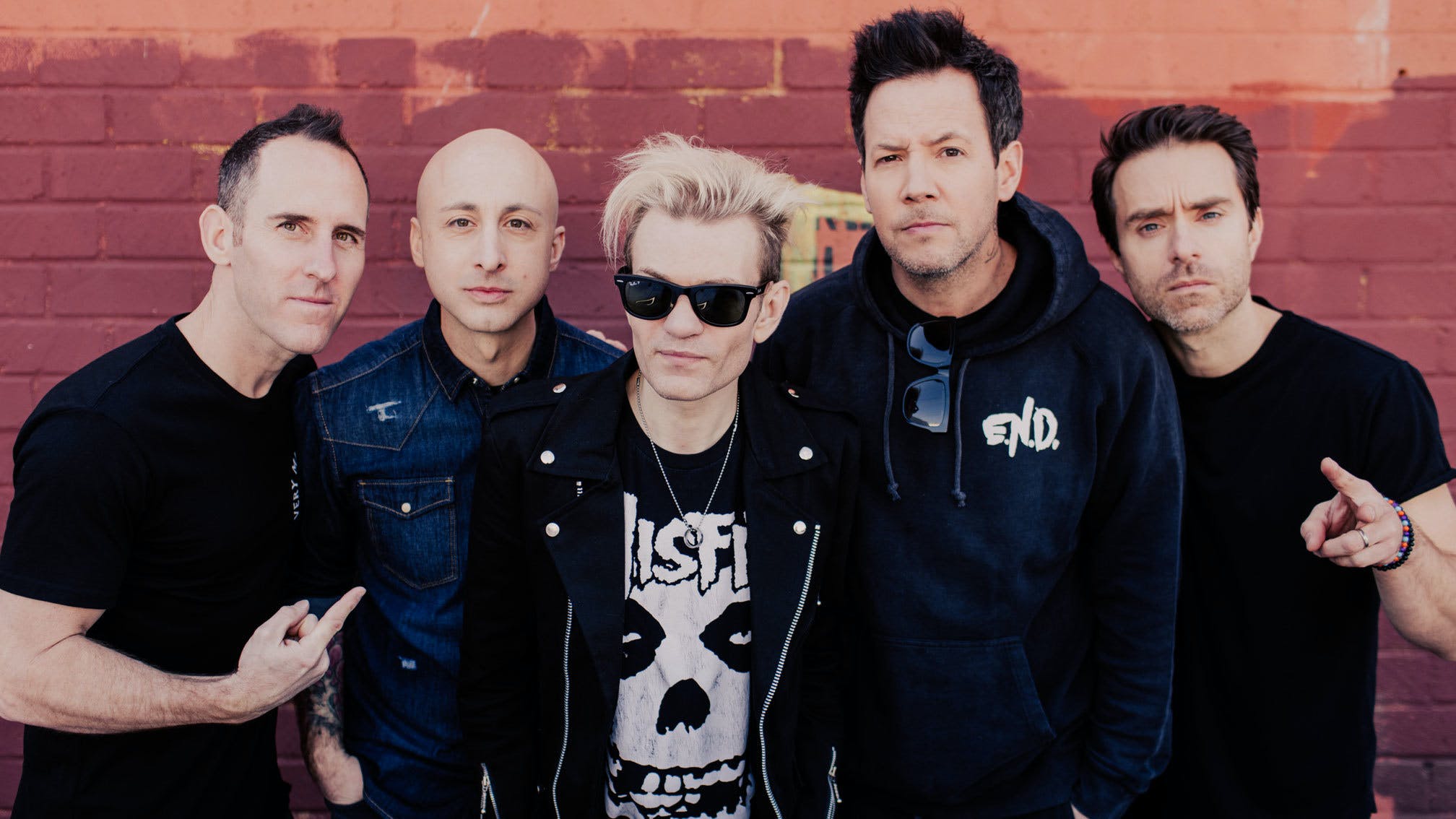 Despite both bands emerging at the same time, playing a similar style of music and coming from neighbouring Canadian provinces, there’s been very little in the way of collaboration between pop-punk heroes Simple Plan and Sum 41 throughout their 20-plus-year careers. That’s all changed now, though, as Simple Plan have unveiled their new single Ruin My Life, which features a terrific vocal turn from Deryck Whibley.

Here, the vocalists of both bands chat to Kerrang! about their new song, and their thoughts on pop-punk’s current mainstream success…

How did the idea for a collaboration come about?
Pierre Bouvier (Simple Plan, vocals): “We wrote Ruin My Life almost two years ago. It’s always fun for us to have feature spots on our songs, and we started thinking about who we wanted to have on [our next album] and who our fans would like to hear. Ourselves and Sum 41 grew up just a few hours away from each other in Canada, our first albums came out around the same time and it’s felt like we’ve been on parallel paths our entire careers. But with that being said, we’d never really toured together, despite the similarities and me always seeing fans at our shows with Sum 41 shirts. So we had the idea, thought about a song which we thought would suit Deryck’s voice, and then we reached out with Ruin My Life.”
Deryck Whibley (Sum 41, vocals/guitar): “Pierre asked me if I’d be interested in singing on Ruin My Life, and my answer was, ‘Yeah – let me hear it!’ We made a couple of slight changes to the song after I got involved, just so it’d fit my voice better, but it was a pretty seamless process altogether. Right away, I knew it was a good, catchy song, so it was largely a case of me turning the microphone on, hitting ‘record’ and singing my part!”
Pierre: “I’m so happy Deryck is on the track. His voice sounds great, and it was really awesome to connect with the Sum 41 guys in this way. I’m really excited at the prospect of us spending more time together and collaborating on different things.”

The release of Ruin My Life comes at a time when pop-punk is having a renaissance in the mainstream thanks to artists like Machine Gun Kelly and jxdn. As bands who were a part of pop-punk’s first commercial peak, what have you made of its return to the fore?
Pierre: “It’s exciting and bizarre – it makes me feel young and old at the same time! It fills me with a sense of pride, because we’re still here 20 years later, having survived the haters and those who said we were “too pop” or whatever. It feels like we have people’s respect. So to be in that position and now see these newer artists coming in and revitalising the scene is really inspiring. I grew up on bands like Green Day who inspired the music I then made, and now we’re seeing artists come through who grew up listening to Simple Plan, Sum 41 and Good Charlotte. Hopefully, these artists will continue to inspire future generations – that’s the beautiful thing.”
Deryck: “It’s really cool. I’m always happy to see guitars and guitar bands in the mainstream, regardless of what style it is. But seeing this kind of music in particular having a big moment is awesome, and a lot of the new artists that are coming out are really great. Plus, the bands that have been around for longer are still putting out really good records. Overall, it just feels like a brilliant time for guitar music right now.”