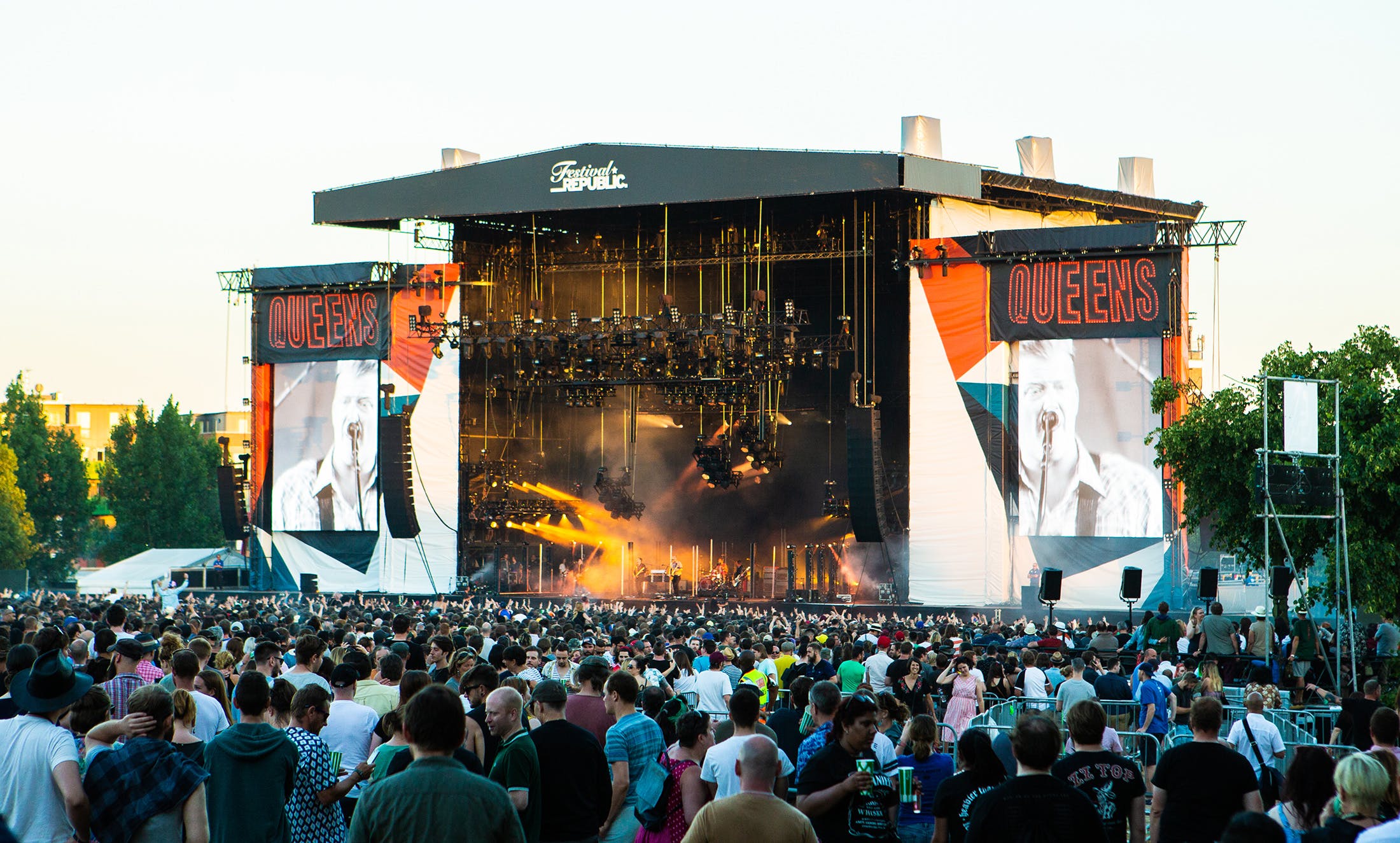 THE HIVES ARE STILL ONE OF THE BEST FESTIVAL BANDS EVER

It’s a simple fact – that first pint in the sun tastes even better when The Hives are onstage. Frontman Howlin’ Pelle Almqvist is on a mission to “play some rock’n’roll music before they kick us out of the country” and he spends most of the evergreen Swedish rockers' set out front getting acquainted with the crowd in front of him. “Whenever I’m up onstage it feels like I’m too far away from you people,” he laughs. “I like it because I look like a god… but right now I’m a god walking amongst you.” Bravo.

BRODY DALLE HAS ONE OF THE GREATEST VOICES IN ROCK

Despite not having the greatest sound over on the second stage, Brody Dalle still possesses one of the best voices around – her gritty and razor-sharp wail projecting with brilliant warmth and acerbity when it's able to cut through the hi-hat heavy mix. Sticking with music from her 2014 Diploid Love solo debut, we can but hope this year’s comeback for The Distillers manages to cross the Atlantic to hear City Of Angels in the flesh.

HALLOUMI FRIES BEING SOLD AT EVERY FESTIVAL IS A VERY, VERY GOOD THING
There was a time, not even that long ago, when saying the word halloumi at a festival was greeted with the kind of reaction that made you feel like you'd come from a distant alien planet. Thankfully, things have changed and these days there tends to be an array of Cypriot cheese burgers, wraps and fries (covered in za'atar sauce and pomegranate, no less) available on-site – as well enough vegan grub to keep hunger pangs at bay for even the healthiest of eaters.

EVEN AT 71 IGGY POP IS THE ULTIMATE SHOWMAN

Packing all the hits into an hour of running around waggling his arms and writhing on the floor, Iggy Pop is still a master entertainer. Mixing in Stooges classics like I Wanna Be Your Dog and T.V. Eye alongside solo tunes Lust For Life and Repo Man, plus a finale tribute to his late pal David Bowie in the form of The Jean Genie, the godfather of punk has lost none of his inimitable world-commanding edge. So much so that he ends the set quacking like a duck into his microphone and chucking mic stands in every direction around him. Never change, Iggy.

HOUR-LONG BAR QUEUES ARE A BIT OF A BUZZ-KILL
As the day goes on, it feels like the majority of the arena is made up of various queues slowly snaking their way to one of six understaffed bars. The toilet and food queues are not much better. If social media is anything to go by, it seems that some fans gave up and were already on their way out before the headliners came on… A bit of an organisational oversight there, then.

While the headliners play nothing from their eponymous debut and focus mainly on their commercial peak following 2002's landmark Songs For The Deaf album, there’s plenty of heavy psychedelic grooves in tonight’s set list. Plus, that debut is now 20 years old, so it's completely understandable that Queens Of The Stone Age might not be in a huge hurry to revisit those songs.

Sick, Sick, Sick rings out like an underwater alarm bell, while the robotic funk of Smooth Sailing feels thunderously heavy, before A Song For The Dead melts what’s left of our minds in typically kaleidoscopic fashion. The set list is undeniable, their presence and performance are equally as impressive, and it's a timely reminder of what a powerhouse force they are.

Long live the queens of the desert.