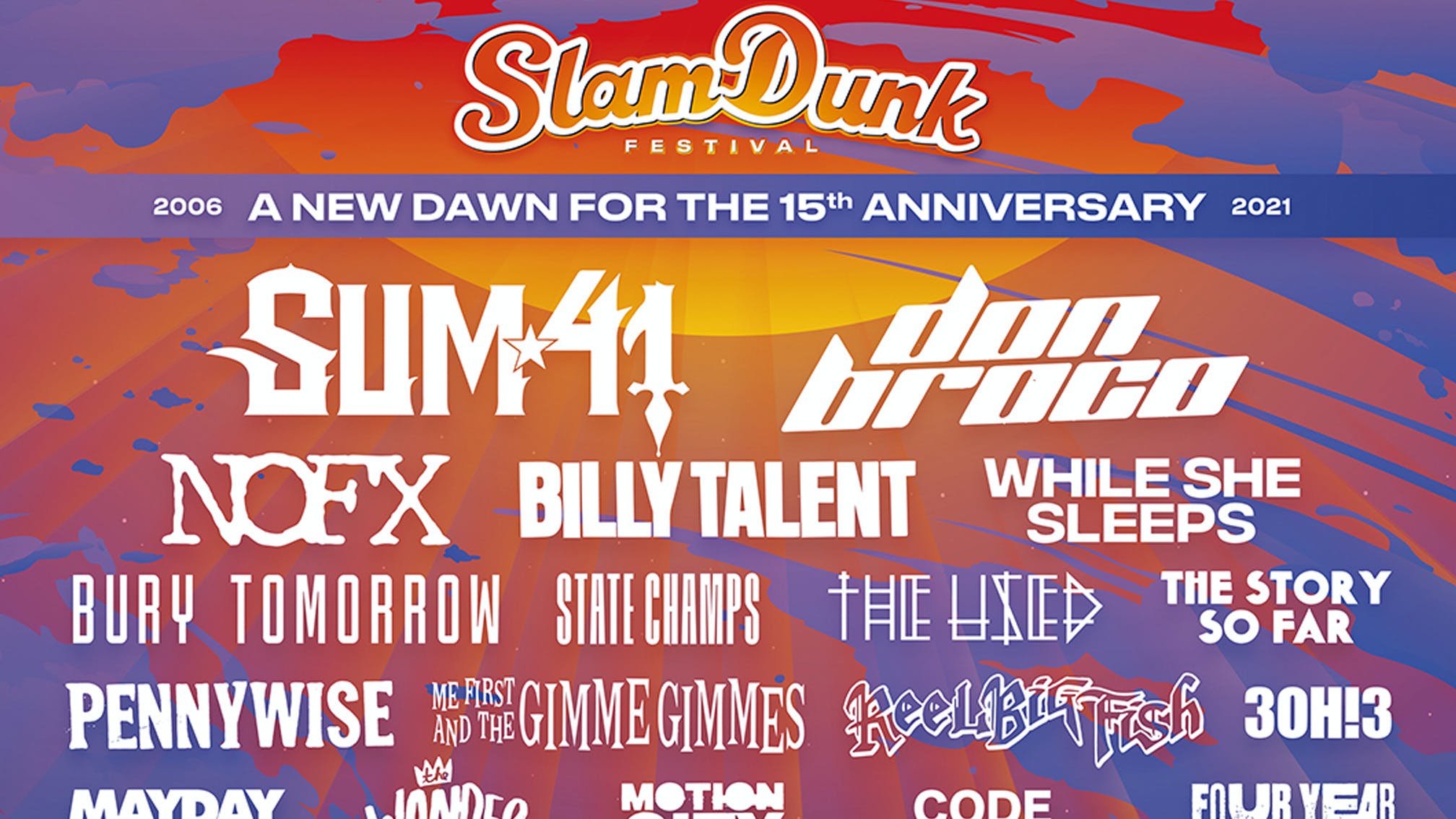 The North edition of the festival will now be taking place on September 4 (Saturday), while Slam Dunk South is happening the following day, September 5 (Sunday). All original tickets remain valid.

"Hopefully moving back to September will allow enough leeway should there be any delays to the current roadmap," reads a statement from the team. "We are also very happy to say the vast majority of the line-up will be staying with us for September, and a line-up announcement will be coming shortly."

Original story: Following yesterday's promising news that large live events in England could be allowed from June 21 (providing the government's new four-step roadmap out of coronavirus lockdown goes to plan), Slam Dunk Director Ben Ray has announced that the festival will be rescheduled for September.

The Leeds and Hatfield May weekender will now be pushed back several months, with a statement earlier this month from the team confirming that they were making back-up plans behind the scenes. "If we have to move to later in the year, we will, but we are absolutely determined to not let you go another year without a festival," they said. "Please bear with us and we thank you for your patience."

Now, Ben writes: "As we now have the clear guidance we needed, will be soon be announcing that Slam Dunk Festival 21 will be moving back from May to September. Thanks all for your continued support."

Stay tuned for more news when we have it – both with regards to Slam Dunk, and other UK festivals this summer. Download, for example, let fans know in January that they "hope to have more news for you by March 1" when it comes to their event in June. This summer's Glastonbury was outright cancelled, with organisers Michael and Emily Eavis stating that they were "very confident we can deliver something really special for us all in 2022".

In pictures: The faces of Slam Dunk Festival 2021

Who goes to Slam Dunk Festival? We headed to Hatfield to find out!

Stray From The Path pull out of Slam Dunk

Stray From The Path have been forced to cancel their appearance after drummer Craig Reynolds fractured his back.

Bury Tomorrow state that it is "apparent that we aren’t all on the same page", and therefore guitarist / vocalist Jason Cameron has left the band.