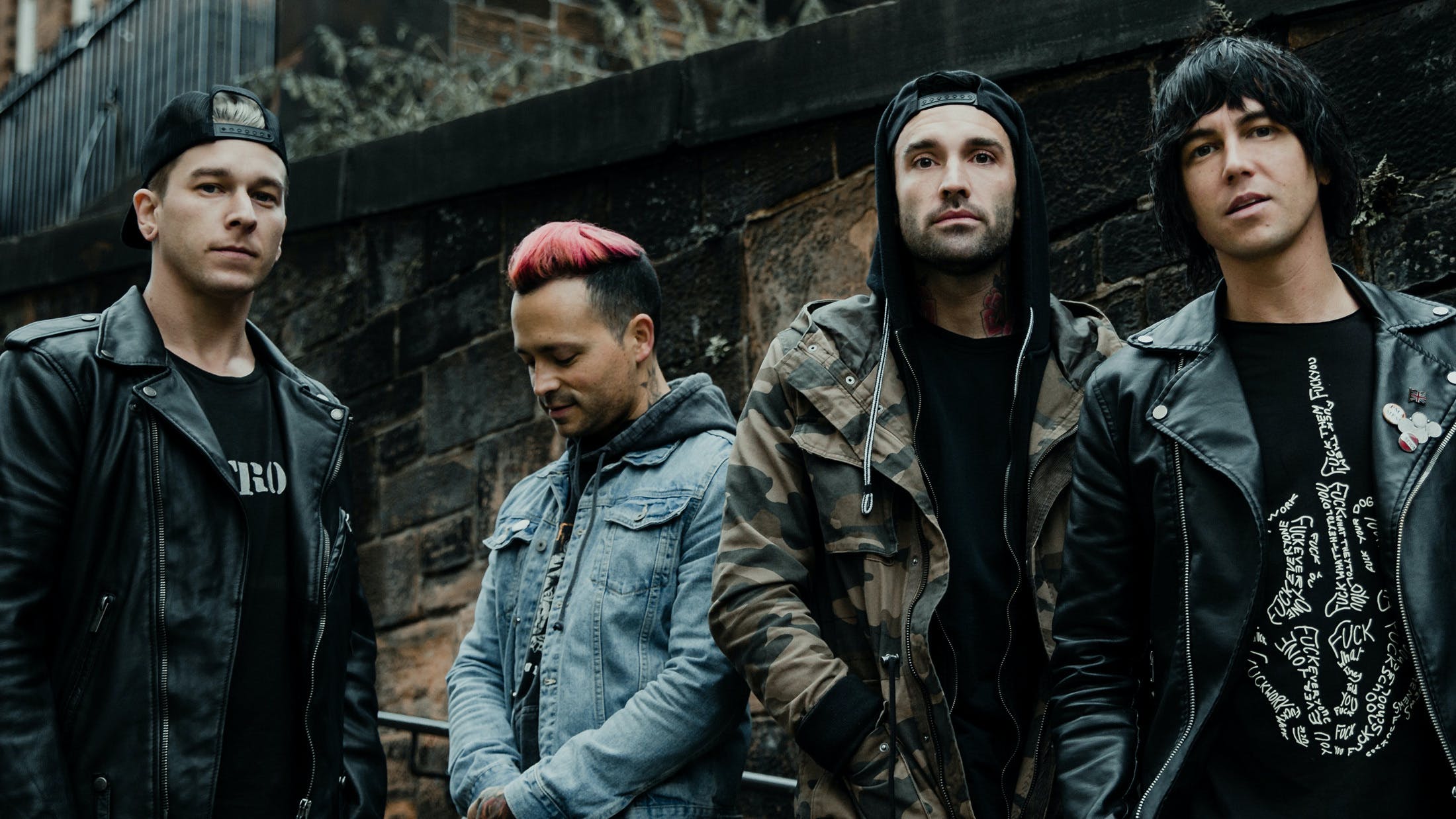 It’s been 10 years since Sleeping With Sirens stormed onto the scene with their debut album, With Ears To See And Eyes To Hear. Since its release, the Orlando post-hardcore-meets-pop-rock mob have moved record labels, undergone line-up changes, and even attempted entirely new stylistic leanings across their six records, with mixed results in the eyes of frontman Kellin Quinn.

The singer – who is Sleeping With Sirens’ sole remaining founding member – might not love everything his band have released this past decade, but it’s led him up to right here, right now… and that’s what’s important. Though he’s undeniably currently most proud of their 2019 album How It Feels To Be Lost, Kellin attempts to take an unbiased look at SWS’ discography, ranking each album from worst to best.

“It’s because of the experience of not only making the record, but also just being in the headspace for that album. It was a really rough time in my life, and there are more bad memories than good that come with the album. I feel like it felt really forced; you know when something is not working, but you just try to make it work anyway? That’s what it felt like to me. I felt like we were really trying to make that one work. There are some great songs on it, and I’d love to revisit that record – and we do play some of those songs live, but not too many. For a lot of reasons it just holds a bit of a weird spot in my heart.”

“It seems like a lifetime ago that this album was written, and I just don’t really have as much of a connection to it anymore. I don’t mind playing [breakout single If I’m James Dean, You’re Audrey Hepburn] and stuff, but we’ve been a band for 10 years, and that was the first album we made. It’s hard to feel as connected to those lyrics. Also, we’ve had some member changes, so it’s harder for some of the other guys in the band to feel as connected to it as well. Would I do an anniversary tour? You know what, I wouldn’t be opposed to it, but I would definitely want to take it into the rehearsal space and make it a little bit more modern – and not so old-metalcore! I’d heavy it up to how we are now.”

“There was a lot of pressure after our Let’s Cheers To This album to make a record, and I think that we weren’t prepared for it. There are times in my career where I can specifically know in my heart that it would have been better to take a break, but instead we just kind of hammered through it – it was the same thing with Gossip, too. Those two albums, for me, just feel complacent in that way. I think they’re good albums, but not my best. This is just me being my own critic!”

“I love this record, and I think it’s the one that kicked the door open for us. There’s a fondness for it. With a lot of our albums it’s kind of this collection of songs that don’t necessarily feel cohesive all the time, and I think this album is definitely one of those. We have a song like Do It Now [Remember It Later], and then a song like Your Nickel Ain’t Worth My Dime on the same record, and that’s kind of strange to me. Again, this is just me being my own critic, and I’m sure that people probably love that the record! But this is why I’ve put it third. Now I try to think of a record as being like a whole story, just moving the way it’s supposed to from start to finish. I think we’ve figured out how to do that now!”

“I don’t want to put this at number one because I feel like that’s cliché (laughs), even though the lyrics and everything are the most relatable to me right now. I put it second because I think that it’s opened a lot of doors for our band again, and I think that it’s definitely inspired me to stay in our lane. When something is working, keep working at it, right? But it’s also inspired me to expand without completely changing our sound. I think we’ve found our sound now, and it’s important for us to keep moving in that general direction. Did I get a sense of that while we were in the studio? Yeah, it felt very easy to make. That doesn’t necessarily always happen, but it feels good when an album isn’t tough to make; it just works.”

“Madness is number one because we initially went in to make another record and scrapped it, and had no idea what the fuck we were going to do. So we went to John Feldmann and wrote Kick Me, and it inspired me to do the whole album. That album, for me, was again like a resurgence for our band. It introduced me to [Good Charlotte frontman] Joel Madden – and he and [twin brother] Benji are our managers now. And there are also just a lot of really, really good memories attached to it. I remember being very, very happy writing it. Plus, Zakk Cervini, who engineered our new album, was the engineer on Madness, too. It’s almost like the whole thing was serendipitous, where it set up what was to come.”