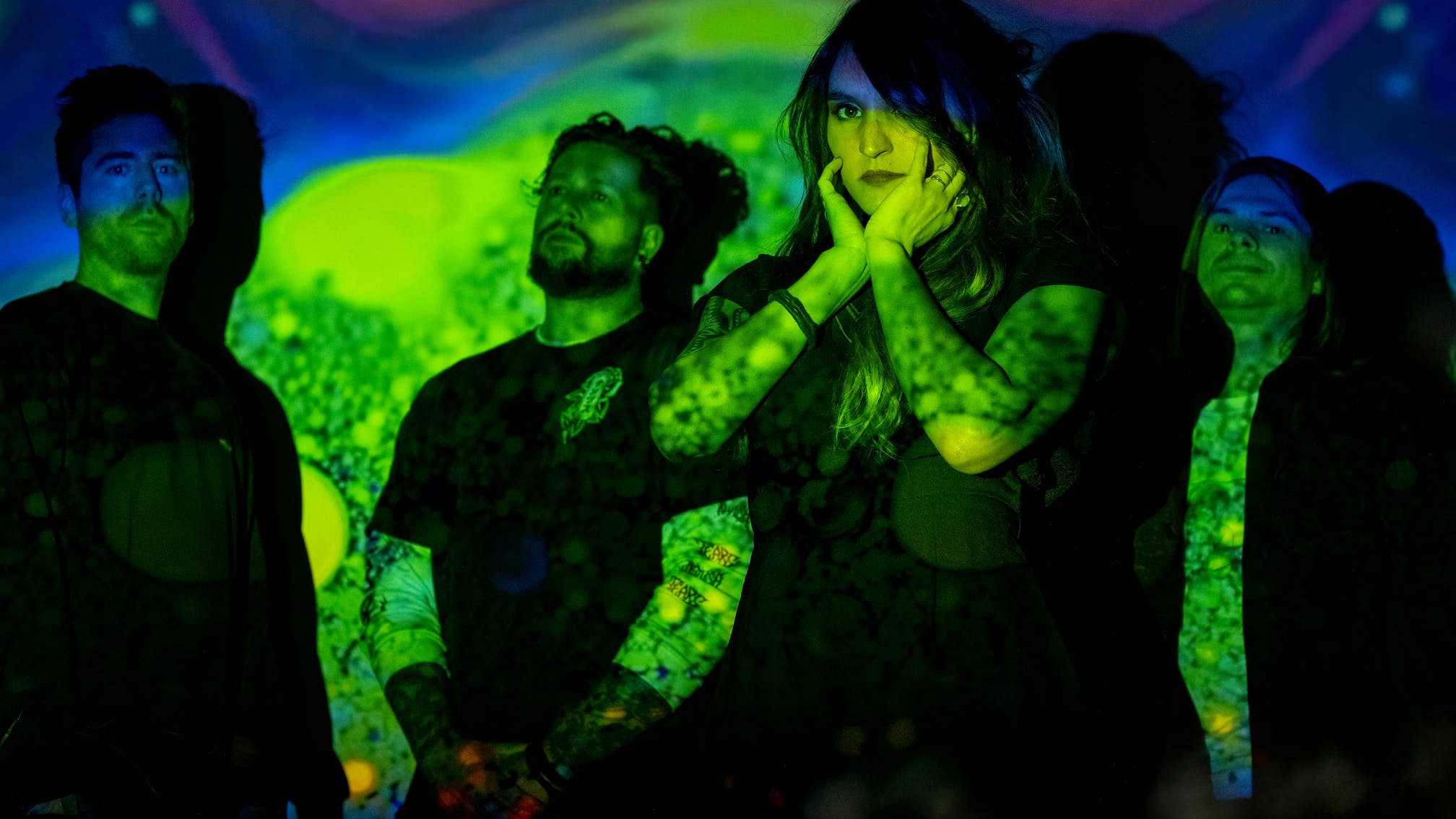 Since the release of debut album, Aurora – now on its fourth pressing – Slow Crush have become something special. Their layers of abrasive guitars lend texture to a dreamy soundscape, alongside the dulcet tones of vocalist and bassist Isa Holliday. Their ethereal quality is what makes this Belgian quartet so unique and has captivated every audience they’ve played to so far, on their tours with Torche, Pelican and Gouge Away, as well as hitting ArcTanGent, 2000trees and Roadburn.

Isa is sat outside of a bar in Milan, where she’s vacationing. She’s just been tattooed and the happiness radiating from her voice is impossible to miss. However, it’s not the balmy Italian climate or her fresh new ink that’s responsible for this; Slow Crush are on the cusp of the release of second album, Hush, a record that heralds a darker, more intense direction for the band.

It’s actually an album that they’ve been working on for a while. However, the inevitable downtime over the past 18 months has allowed them time to fine-tune and perfect it. For Isa an important end goal was to provide a musical form of escapism.

“It gives an element to allow people to escape the physical realm”, she explains, “That's what we've heard a lot from our listeners and people who've come to see us at shows. They've really been able to completely zone out and just let go of everything else: the work day has passed, just focus on the now and drift off into some sort of alternate universe.

“I think that's something that we don't tend to allow ourselves to do a lot now. I'm currently sitting on a busy street in Milan seeing everyone hustle by. Everyone really has a goal, everyone is trying to get somewhere, but nobody really stops and thinks about themselves.”

The lengths to which Slow Crush have gone on Hush in order to provide this alternate reality is genuinely innovative. In particular, the track Lull features the sound of rainfall that the band recorded by holding a microphone up to a glass ceiling in the midst of a downpour.

“The studio we recorded at had a really tall hallway with a glass ceiling and all the time that we were there, it was either raining or snowing,” Isa says. “We heard the pitter-patter of the rain and played the guitars through that hallway. It just added an atmospheric feel to the whole song.

“We’re always evolving, learning new things and also just picking up different inspirations from random sounds or random experiences,” she continues. “A good example is, we were just sitting on our balcony during practice and we heard an ice cream van pass by and thought that that might be a good sound to replicate or even appear somewhere on a future song. In terms of where inspiration or where sonic ideas can come from, it can really come from anything.”

The inevitable buzzword that gets thrown around for an act like this is shoegaze. However, for Isa and the rest of the band, it feels limiting, and is a collective source of frustration for a group who are striving to break out of a mould and push sonic boundaries to the limits of their creativity.

“There’s a little bit of something for everyone, but we find it disappointing and a bit limiting if you get pinned down to a certain genre. Some people come up to us after shows and say that we sound really doomy in certain songs and a bit of post-rock there and then also kind of synth. I think music is so universal and can make a unique connection to everyone.”

Slow Crush have a busy 12 months ahead of them. Following a run of shows in Belgium, they’ll be heading to the UK in December to tour with Loathe, before a string of European dates in March with Austin-based trio, Grivo. They’ll then spend two months performing on stages across the U.S.

World domination seems imminent for them, however, they remain humble and eager as ever to connect with fans. “We'll have plenty of copies of the record with us, so if anyone wants to come and see us then we'd be happy to see them at a show.”

Hush is due out October 22 via Church Road Records