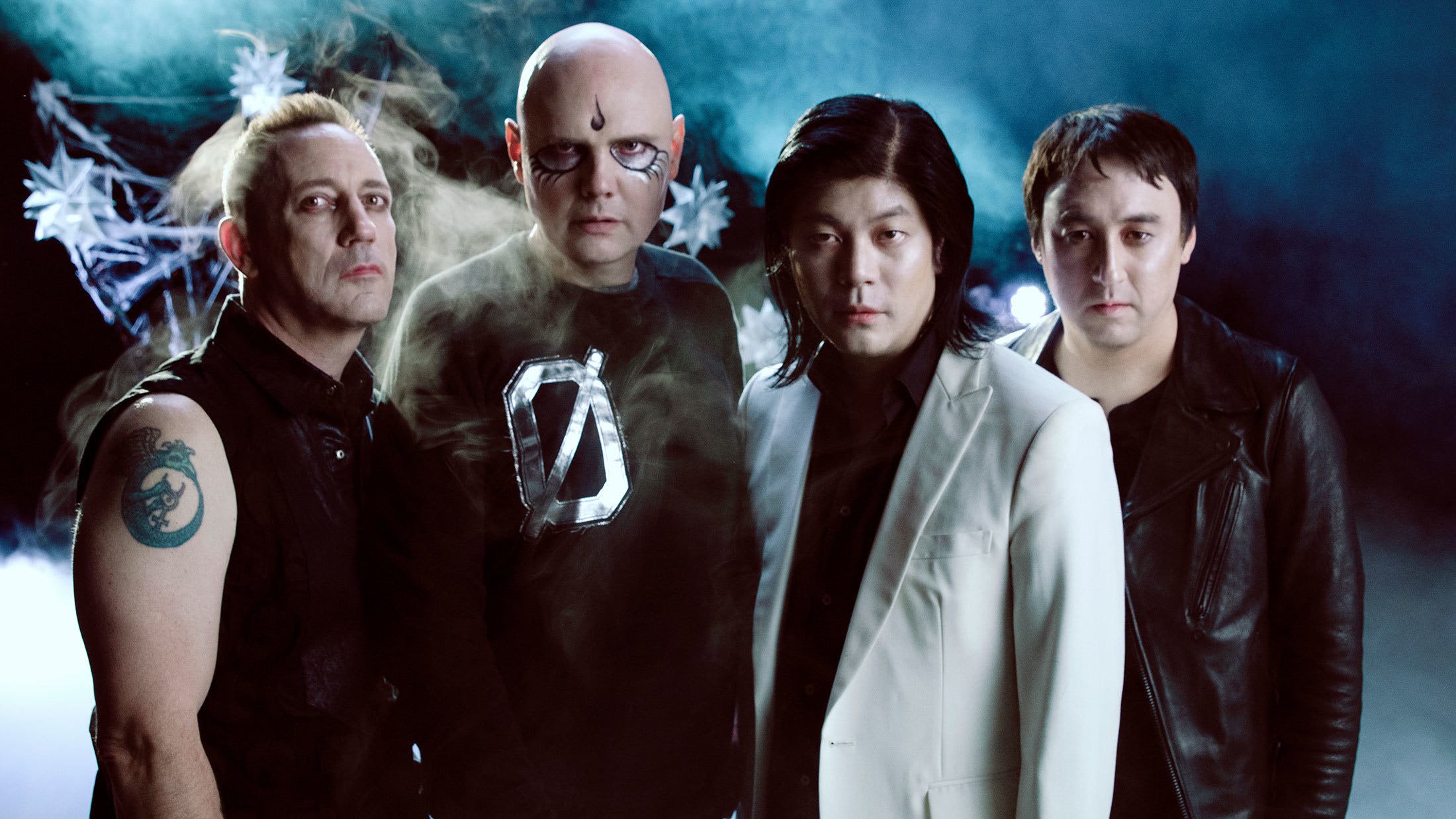 Last year, as The Smashing Pumpkins were still readying the release of Cyr, singer / guitarist Billy Corgan revealed that they were already hard at work on a follow-up to 1995’s Mellon Collie And The Infinite Sadness double-album. Now, guitarist Jeff Schroeder has given an update on their progress to Audio Ink Radio.

“We’re about halfway through working on another big album, which is, basically, I guess, a sequel to Mellon Collie… and Machina,” he said. “So it’s the third in a trilogy, more of a concept-based album. And this one is 33 songs.

“We’ve been working for basically the whole year on it,” he continued. “But we’re in the middle of real tracking and stuff right now. James [Iha, guitar] and I are working out here in LA. Drums are basically done, so Jimmy’s [Chamberlin, drums] done his part. But Billy is working in Chicago, and I’m out here in LA, and James is in LA, so we’re ploughing through it. That’ll probably take most of the rest of the year – it’s a big, sprawling thing.”

Unsurprisingly, this involves a lot of work. And just when you think you’re done, you look up and realise there’s an awful lot more album to go.

“Even for me as a guitar player, usually you’re always kind of working on things and you have a bunch of ideas to try on these new tracks,” he said. “And then, after four songs, you’re like, ‘Okay, I’ve gotta come up with some other stuff.’ So, then you work hard and get through the first 11 songs, and you’re. like, ‘Oh, wait a second. That’s only the first act. I’ve got two more acts to go!' So, you’ve really gotta dig in deep. You’ve gotta dig deep in to your soul to find out what is in there. What’s this song calling for? How can I listen to this song differently than I listened to the last one? And it really pushes you artistically. Some days it’s hard, and we fail. I fail. And then you come back the next day and try again, and it’s rewarding when you go, ‘Wow, yesterday sucked, and today is actually quite good on the same song.’ So it can be fun.”

Speaking to Kerrang! last year, Billy revealed that having reunited with Jimmy and James from the band’s classic ’90s line-up, there was now a newfound sense of creative confidence. Handy, if you’re doing a 33-track mega-record.

“I think Cyr is the result of us getting our confidence back that we can do whatever we want to do, and we’re not beholden to a certain style or idiomatic approach,” he told us. “As long as we pick a lane we’re excited by, good stuff will come out of it. I’m working on a song right now that sounds like it could have been written in 1993. And if we recorded it that way people would be, like, ‘They’re back!’ No, we never went away… But if you were to sit in a room with Jimmy and I for 12 hours, our discussion is always, ‘How do we get to the next bus stop?’ That’s all we ever focus on.”

Billy has also been working on “blistering” new Code Orange songs, so there's lots of promising stuff to come…