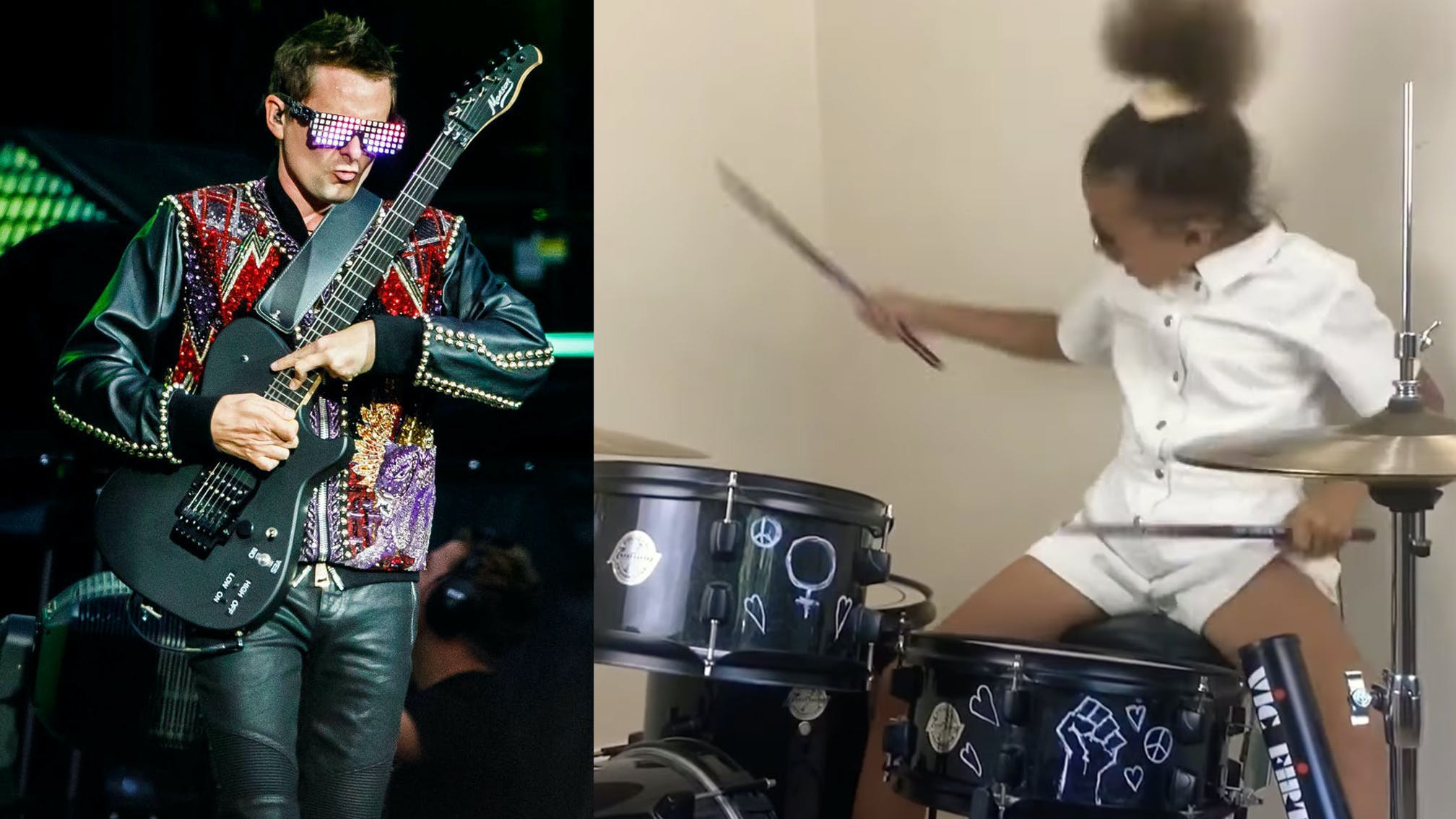 After becoming pals and soon-to-be collaborators with Dave Grohl this year, super-talented 10-year-old Nandi Bushell has now caught the attention of Muse with a fresh cover of the band's single Hysteria.

The rock prodigy took on the Absolution hit earlier this year on the drums, but has now added to the rendition by learning it on bass, too. (Seriously, how is it fair to be this good at multiple instruments?! Sigh…)

"Ever since I jammed Hysteria by Muse on drums I wanted to learn the bassline too as it’s so so awesome!" Nandi says. "It is the hardest bassline I have ever learned. I had to concentrate a lot!"

Read this: Matt Bellamy: ​“Some Muse fans probably know me better than I do”

Naturally, the young musician's effort were spotted by the band, with the official Muse Twitter account reposting the cover and writing, "Absolutely killed it again Nandi Bushell. So much talent."

As well as giving rock and metal fans and bands alike plenty of awesome and infectious covers this year, Nandi even provided Foo Fighters frontman and drum battle loser Dave Grohl with a new source of inspiration during lockdown.

“What I realised was more than any sort of technical contest, this was something that was bringing people a lot of joy at a time where everyone could use a little bit,” he explained. ​“It actually changed the way I look at what my band does in this time.”

Hell yeah. Check out Nandi killing it with her Hysteria cover below: