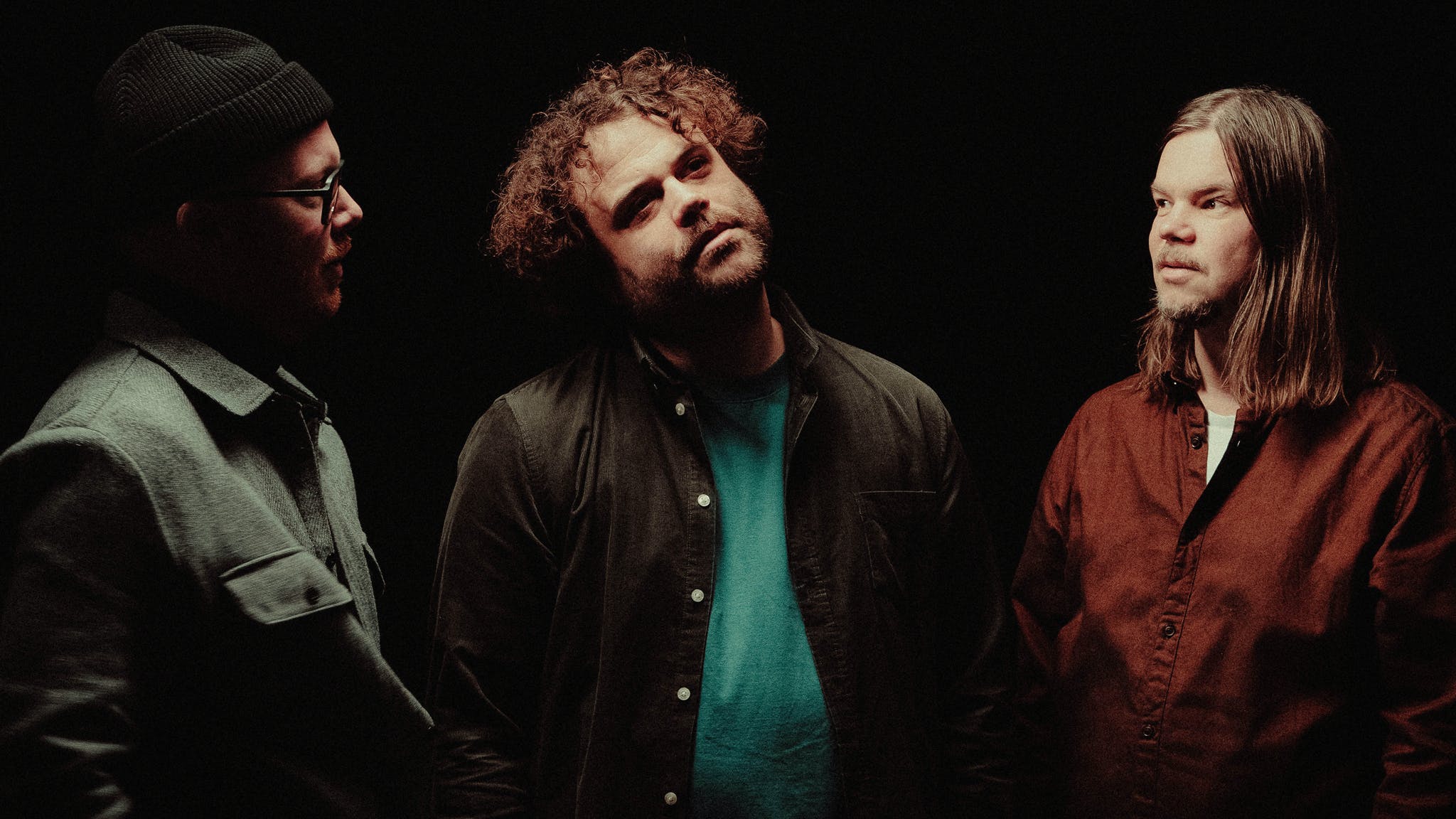 “We got fucking busy,” Spielbergs drummer Christian Løvhaug says, his laughter echoed by frontman Mads Baklien in a separate Zoom window. The sticksman is reflecting on the band’s almost accidental success and the havoc it wreaked on three men who had families, jobs, and commitments back home in Oslo – all things that tend to take a hammering when musicians discover that people actually care about their music.

“Yeah, it was a fucking busy year,” Christian continues, still chuckling. “I think we had, like, 100 travelling days and 70 gigs, and then we came back home to a little one saying: ‘Dad, I haven’t seen you in two weeks! Let’s go out.’ You have to be on straight away. Our bosses were also extremely kind.” Mads, who is a librarian, was asked to do a Powerpoint presentation on their tour of England when he returned to work. “Yeah, that happened,” he says, almost incredulously.

Spielbergs broke out in 2018, their Distant Star EP striking a chord with punks who like their tunes earnest, anthemic and, preferably, delivered by musicians with at least three decades of despair behind their eyes. “Spielbergs are a new band, but they are not necessarily a young one,” Pitchfork’s Ian Cohen wrote of their outstanding debut ​​This Is Not The End the following year, hitting the nail on the head.

The group – completed by bassist Stian Brennskag – had been middleweight players in Norwegian indie-rock during the past two decades, but Spielbergs didn’t begin as a project, it was an outlet. After heading back to university and getting jobs that didn’t mandate spending hundreds of days a year on the road in return for financial ruin, they found they missed making stuff. Mads and Christian started renting a rehearsal space on Friday nights, hashing out ideas while sinking beers.

“I had back surgery some years ago, and when I was on sick leave after that I had a lot of time on my hands. I was very bored. I was at home all time and I wrote a lot of the songs for the first album back then,” Mads says. They blew the doors off that feeling of inertia, melding fist-in-the-air hooks with Japandroids-style abandon and a seam of squalling post-rock. The music was undeniable, and Spielbergs went with it as far as they could. “And then in 2020, the pandemic hit and everything,” Mads says.

That year, Mads found himself laid up again with health problems, and he returned to the well to craft the songs that make up Vestli, Spielbergs’ outstanding second LP. A couple of years on, his creative itch apparently scratched, he found himself hounded by the same feelings. What if, he asked, you achieved your goals and nothing changed? He still felt boxed in and overwhelmed, he still turned over regrets in his mind constantly. He still fantasised about lighting out and starting over somewhere new, where nobody could tie him to his past.

​​“It’s absolutely my personality to be like, 11 o’clock at night, I’m going to bed, and I’m thinking, ‘Oh, why did I do that 10 years ago?’ But at the same time, I have a girlfriend, two kids, I have a job. I’m trying to be a normal person for the most of the time,” Mads says.

“I was pretty depressed writing the songs for the first album as well,” he adds. “I know that it may sound very uplifting and positive, but not a lot of things have changed for me mentally since then. But I usually like to balance everything. If I have a very dark feeling, a dark thought, or a dark idea, I want to make a bright melody and then a lot of noise on top of that.”

It’s a simple, very familiar dynamic, but Vestli makes it feel vital and alive. It hits its targets again and again and again, working over its anxieties while simultaneously offering a release valve through its skyscraping melodies. Its sonic make-up suggests the sort of escapism that its lyrics won’t entertain and plays neatly off the album’s title, which is the name of the suburb to the north east of Oslo where Mads and Stian grew up. “When Christian brought the idea to the table, it just felt and sounded right,” Mads reveals.

“I think you could talk about it on many levels, like the whole idea of building Vestli, and the politics behind building affordable housing, but we didn’t do that when we discussed the title,” Christian chimes in. “[It was more that] everybody has got their own Vestli, the place where you grew up, with memories good and bad that shaped you as a person. It's linked to happiness, but also a lot of darkness, maybe.”

“On the first album, as well, many of my songs were about looking back, and ‘What have I become?’ type of things, like 4am for example,” Mads agrees. “It’s very much in that mindspace. It feels very right in that respect.”

If Vestli strikes a similar chord with listeners to This Is Not the End, Spielbergs intend to step back onto the touring hamster wheel and attempt the whole balancing act all over again. Home, with all its joys and challenges, will be waiting for them when they get back. “Hopefully, it’ll be even better than last time,” Christian says.

“Depending on the reception, if people like it and people buy it, then of course, we’ll play. We’ve announced 18 gigs now and then we'll probably add to that with more Scandinavian dates, and then if people will have us, we’ll be there. As long as we’re not bankrupt…”

Spielbergs’ Vestli is out August 19 on Big Scary Monsters

Listen to the title-track of Spielbergs’ new EP Running All The Way Home.