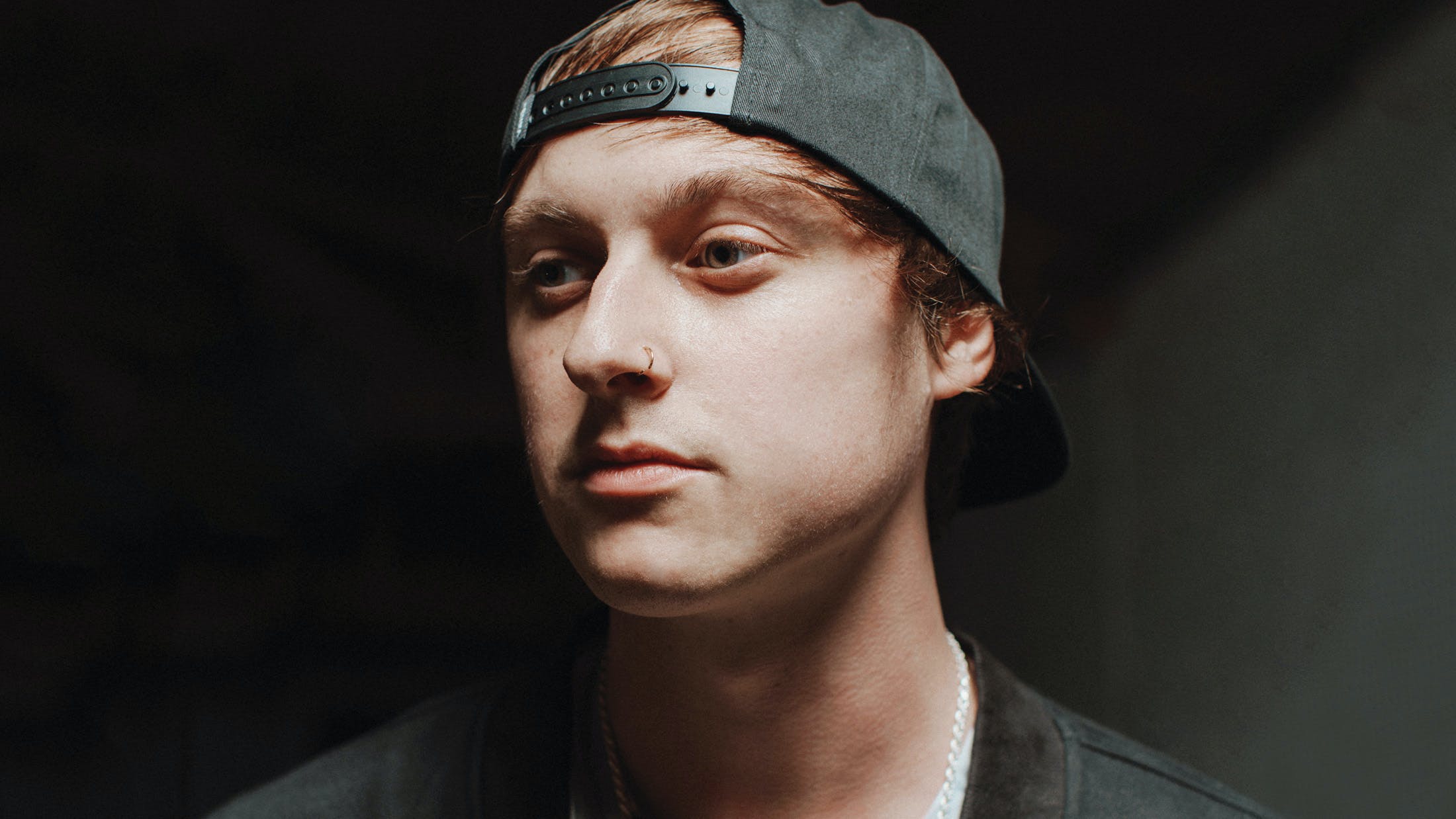 “It’s the first cassette tape I ever bought, when my mom took me to a music store. It was a smash hit on the radio at the time, so I would sing it non-stop and be annoying. And actually, Hanson are still a really talented band. It’s been 25 years and they’re still killin’ the game and putting out records. They were the first group that I remember being my absolute favourite, but MMMBop’s a total sing-along song. There’s no-one that doesn’t know it if it comes on. It’s a timeless party classic.”

“Skip School, Start Fights [Hit The Lights’ second record] was my favourite album in high school. I’d listen to it with my friends when we’d get together to play beer pong and do stupid teenage shit – that was the soundtrack to our summers. It’s pretty cool now because we’ve done a lot of tours with Hit The Lights and they’ve become friends of ours. But I’ve held back from telling them about my high school beer pong days (laughs)!”

“It’s one of the first songs I learned to play. I sang it at my high school, and at the time no-one thought of me as a musician. I was known as an athlete because I was playing hockey and I was ‘the cool guy’. Without telling anybody, I just started playing that song in the gymnasium and everyone was really weirded out. I was really nervous, but once that first performance was outta the way I wanted to do it again.”

“This almost got me into trouble because lyrically it’s hinting at a lot of different things. When I talk to fans they’re like, ‘Wow, this is a total break-up song and a fuck you to an ex!’ But it’s about losing a friend after things didn’t work out. When the song came out, my girlfriend was like, ‘What the hell is this?! What kinda secrets you got going on?’ So I had to do some damage control there very quickly.”

The song that was the hardest to write...State Champs – Time Machine (2018)

“It’s a different kind of song for us. It starts with piano and an electronic beat. We were writing with Mark Hoppus and we were pretty stumped, so Mark and I went outside and talked. It was the day of the tragic [2017] shooting in Las Vegas at the country music festival. We talked about the idea of writing a story about losing someone in a situation where you weren’t able to save them. It was such a diamond in the rough.”

“It has to be Taylor Swift, and this one has a really high vocal. Everyone is always expecting me to do good at karaoke, but when I’ve had a couple of drinks I don’t have the same range as I normally do (laughs). So I’ll get a good voice crack out of it and not be able to hit those high notes, which makes it more fun.”

“It’s on Direction, which is my favourite album of all time. It’s about lost love. The first lyrics are: ‘A northbound train on a Saturday / Here I come New York City’, and it brings me back to my first break-up. It was a bad falling out and my first heartbreak, so I was pretty torn up. She went away to school in NYC, and any time I go there I listen to this and have a little cry. It hits me pretty hard.”

“It takes me back to State Champs starting out, when we were driving through the country in our first van. The lyrics are uplifting, and it goes through ups and downs with mental health and being in your thoughts. After tour, this is a song we put on to lift everybody’s spirits. It’s an automatic headbanger.”

The song that always makes me cry...NewSong – The Christmas Shoes (2000)

“It’s this slow Christmas song on piano. It tells the story of a guy going to the store, and this homeless kid is trying to buy shoes for his mom who’s in hospital – it’s so sad. It has a kids’ choir at the end singing 'Sir I wanna buy these shoes, for my momma, please!’ It brings tears to everybody’s eyes.”

“This seems really cheesy, but it’s from the Tarzan soundtrack, and Disney is special to me, so I’d pick it for nostalgia. Phil Collins is just super talented.”