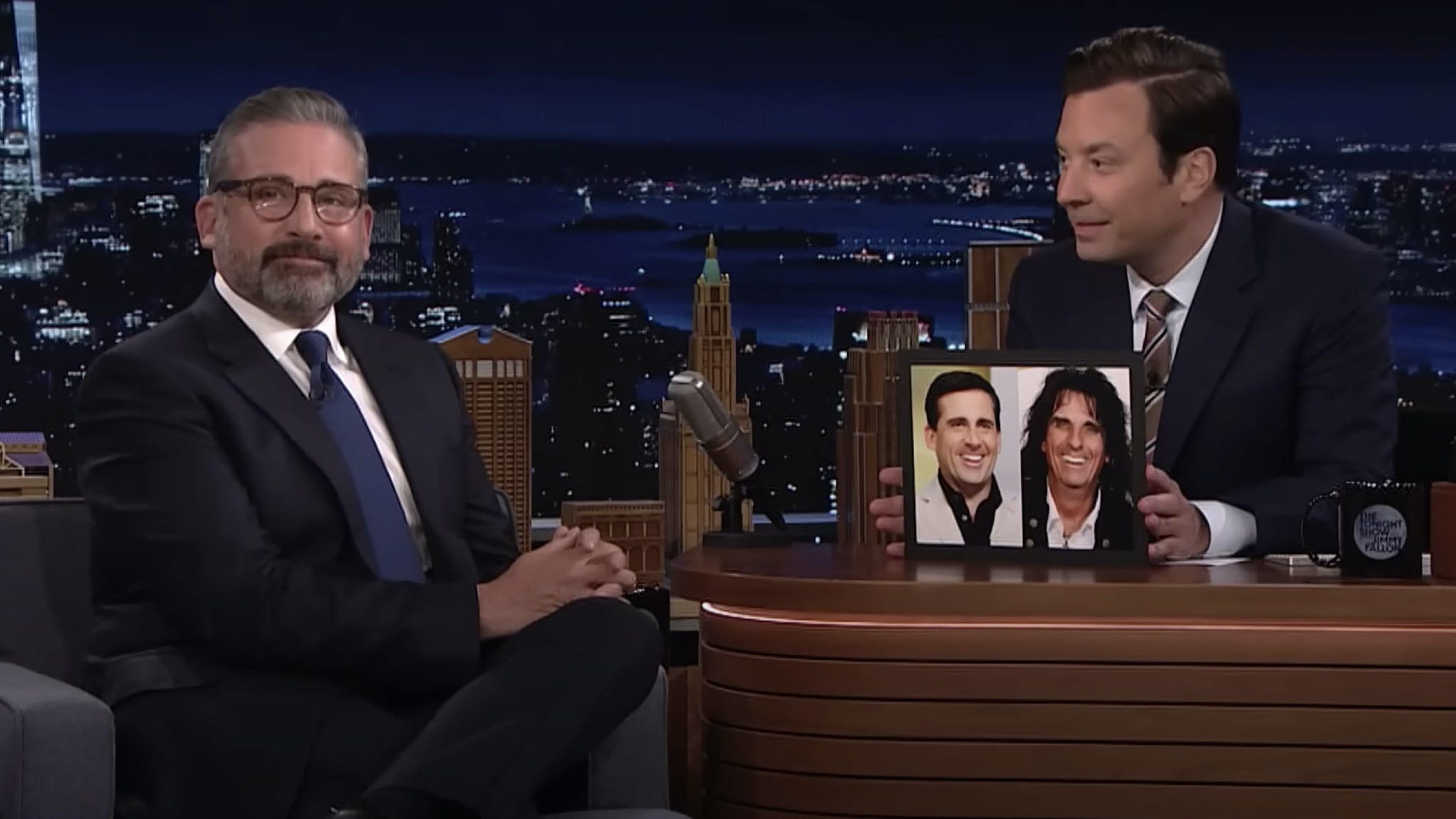 Steve Carell and Alice Cooper have reacted to supposedly being each other’s doppelgängers.

The resemblance between the acting legend and The Godfather of Shock Rock was brought up on a recent episode of The Tonight Show, with Jimmy Fallon pulling out a side-by-side photo of the two of them. "Yeah," smiled Steve to the host, "I see it!"

Meanwhile, he musician then responding to the whole segment on Twitter about their similarities: "Hmmm... what do you think?"