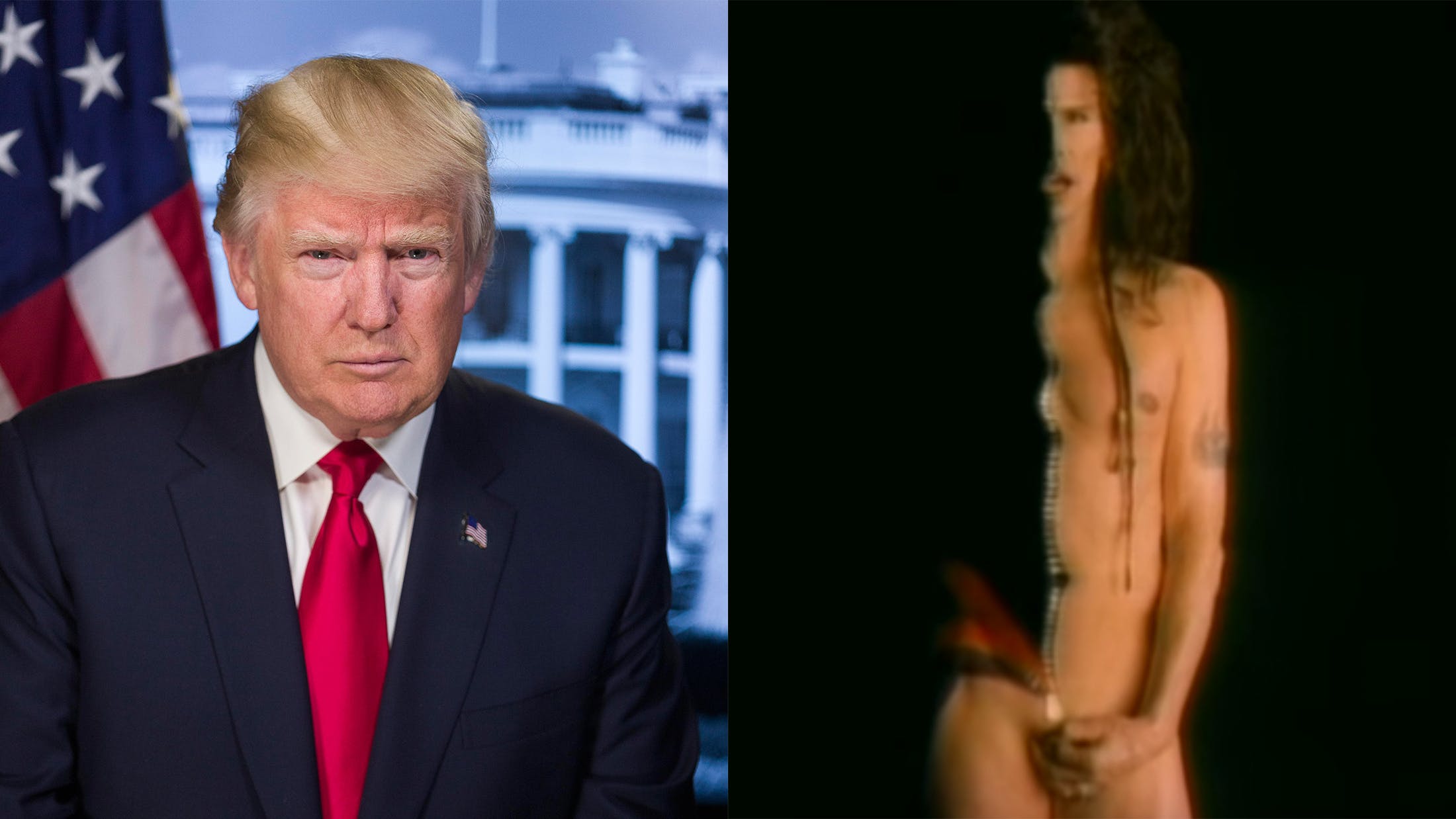 Variety reports that Aerosmith singer Steven Tyler has asked President Donald Trump stop using the band's songs at political events for a second time. Livin' On The Edge has been being played at Trump rallies as the supporters arrive at the venue.

Tyler's lawyers have thrown a "cease and desist" letter at Trump, accusing the President of "willful infringement" in his playing of the song. They're citing a thing called the Lanham Act, which states that trademark infringement occures if the use of a song by a politician is likely imply that the musician endorses the politician, especially if this association harms the musician's reputation (known as "dilution by tarnishment")

Here's what the letter said:

It has come to our attention that President Donald J. Trump and/or The Trump Organization (collectively, 'Mr. Trump') have been using our client's song 'Livin' On The Edge' in connection with political rally events (the Rallies"), including at an event held yesterday at the Charleston Civic Center in Charleston, West Virginia on August 21, 2018. As expressly outlined in the Previous Letters, Mr. Trump does not have our client's permission to use any of our client's music, including 'Livin' On The Edge'.

What makes this violation even more egregious is that Mr. Trump's use of our client's music was previously shut down, not once, but two times, during his campaign for presidency in 2015. Please see the Previous Letters sent on behalf of our client attached here as Exhibit A. Due to your receipt of the Previous Letters, such conduct is clearly willful, subjecting Mr. Trump to the maximum penalty under the law.

As we have made clear numerous times, Mr. Trump is creating the false impression that our client has given his consent for the use of his music, and even that he endorses the presidency of Mr. Trump. By using 'Livin' On The Edge' without our client's permission, Mr. Trump is falsely implying that our client, once again, endorses his campaign and/or his presidency, as evidenced by actual confusion seen from the reactions of our client's fans all over social media. This specifically violates Section 43 of the Lanham Act, as it 'is likely to cause confusion, or to cause mistake, or to deceive as to the affiliation, connection, or association of such person with another person.

Further, as we have also made clear, Mr. Trump needs our client's express written permission in order to use his music. We demanded Mr. Tyler's public performance societies terminate their licenses with you in 2015 in connection with 'Dream On' and any other musical compositions written or co-written by Mr. Tyler. As such, we are unaware of any remaining public performance license still in existence which grants Mr. Trump the right use his music in connection with the Rallies or any other purpose. If Mr. Trump has any such license, please forward it to our attention immediately.

In addition, Mr. Tyler's voice is easily recognizable and central to his identity, and any use thereof wrongfully misappropriates his rights of publicity. Mr. Trump does not have any right to use the name, image, voice or likeness of our client, without his express written permission.

This isn't the first time Trump has used Aerosmith's music and got in trouble, he received a similar letter from Tyler's lawyers regarding their 1973 power ballad Dream On, which he used during his initial election campaign.

Interestingly, Tyler is actually a registered Republican, and was at the first GOP debate as a guest of Trump's back in August 2015. In an interview with the Hollywood Reporter around that time Tyler's attorney, Dina LaPolt, explained that Tyler's issue with Trump's use of the song isn't political: "Steven works tirelessly with both Republicans and Democrats regarding copyright reform and his position has always been consistent regarding copyright and intellectual property. Simply, one must get permission from the music creators. Steven wrote 100 percent of 'Dream On', and this is about the unauthorized use of his property."

In that same Hollywood Reporter piece, it is explained that Tyler and Trump are friendly: "Tyler was once a judge at Trump's Miss USA pageant and they reportedly once traveled to Russia together."

Wonder what they got up to in Russia together?