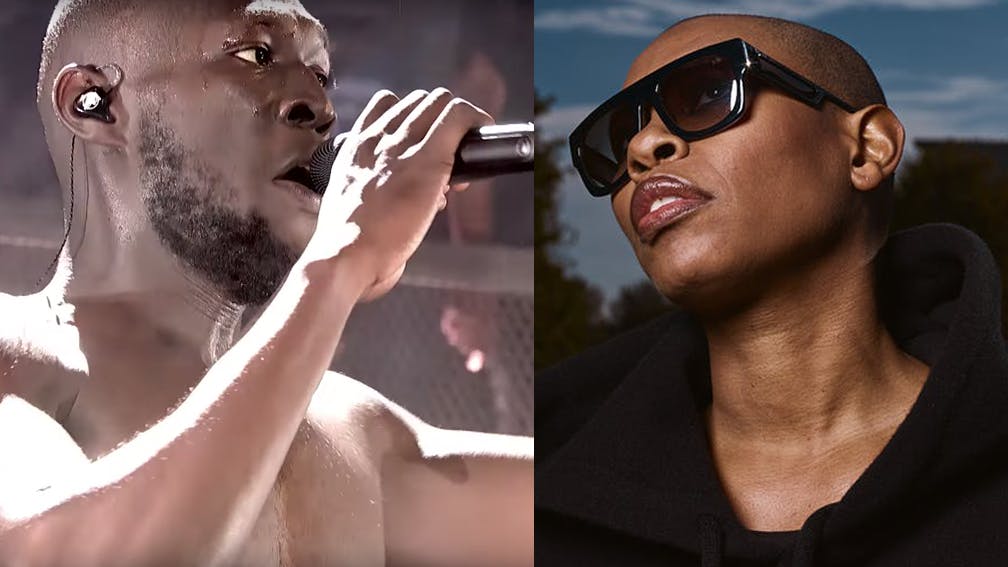 Following his triumphant headline performance at Glastonbury over the weekend, London rapper Stormzy has publicly apologised to Skunk Anansie's Skin for claiming before the set that he was the "first black British artist to headline Glastonbury".

After the comments, Skin took to Instagram to point out that Skunk beat him to the punch some 20 years ago, before adding, "You’re amazing and we’re all very proud," and, "The big question is why it took 20 years!"

Realising his error, Stormzy then wrote on Twitter: "Skin from the band Skunk Anansie was actually the first black artist to headline glasto she done it with her band in 1999 no disrespect intended and MASSIVE salute to you – my apologies!"

Skunk Anansie headlined the festival back in 1999 on the cycle for their third album Post Orgasmic Chill. Just last month, the band scooped The Kerrang! Hall Of Fame (in association with Marshall) gong at the Kerrang! Awards 2019.

Chatting with Kerrang! recently, Skin discussed how Skunk Anansie were going against the grain in the mid-’90s.

“At the time you had this really big Camden scene where all the journalists and the cool bands were," she remembered. "And then you had this underground scene in King’s Cross, which is where all the proper bands played. Our influences were Smashing Pumpkins, Rage Against The Machine, Nirvana, Tool – American bands. We thought the English bands were kind of wimpy. Skunk’s guitars were louder, and to be quite honest, we were working class. A lot of those Britpop bands were a bit posher, nicer, more well-bred. We’d had poor upbringings – no silver spoons here. It was working-class rock, and that was, in many ways, very anti-establishment. Skunk Anansie, having me as a lead singer, had to be 1 million times better than everyone else to get to the same level."

Check out the exchanges between Skin and Stormzy below.

Skunk Anansie are touring the UK this year. Get your tickets now.