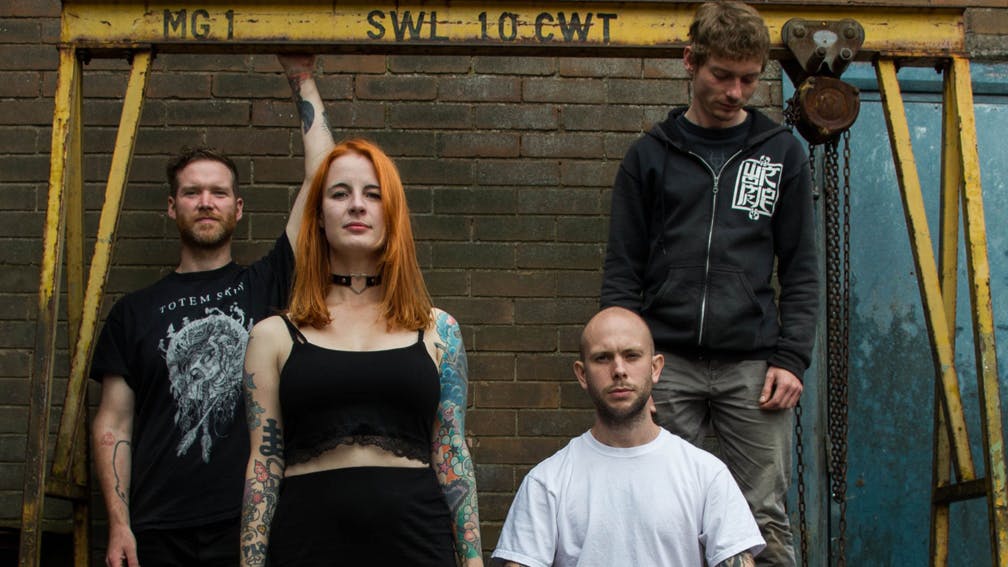 Bristol metallers Svalbard have unveiled the first track from their forthcoming third album, When I Die, Will I Get Better?, out on September 25 via Holy Roar. The song, Open Wound, deals with what singer/guitarist Serena Cherry calls, "the emotional turmoil of domestic abuse".

"When I'm talking about my hurt in the song, it's a pain that isn't just mine – but one felt by many who have also been exposed to domestic abuse," she explains. "It also raises the questions of why domestic abuse is still rife in society and how we can offer better support for victims."

It's the first music from a record that goes to many dark places, with the political furies seen on 2018's It's Hard To Have Hope still in place, but with a disarmingly personal note that's occasionally hard to take in.

"With both this song and the entire new album, it would have been impossible for me to write anything that wasn't bleak, as I was suffering with an overwhelming bout of depression," Serena explains. "The kind that completely obscures your perspective until you eat, sleep and breathe despair. In 2019, I wasn't just haunted by the black cloud – I became the black cloud, and that permeated everything I did – every lyric, every note.

"It's interesting, because I have since been working on coping strategies and getting my mental strength back, and Open Wound feels a bit like a postcard from the hardest time of my life. To have struggles about domestic abuse captured in a song feels so raw.

"Lyric writing has always been a source of catharsis for me, so I pointedly avoid going into it with preconceptions of what I should write about. I basically let whatever I'm feeling at the time pour out via my pen; and this time around I consciously didn't put pressure on myself to stick to political topics just because we have become known for them as a band in previous albums. However, as [activist] Carol Hanisch said, 'the personal is the political' and that's a phrase I draw inspiration from, in the sense that inner turmoil and societal struggles are inextricably linked."

Watch the video for Open Wound below. When I Die, Will I Get Better? is out on September 25 via Holy Roar (and via Translation Loss in the USA), and is available for pre-order now.

READ THIS: Serena Cherry: "Let the bullies laugh… metal is where I belong"