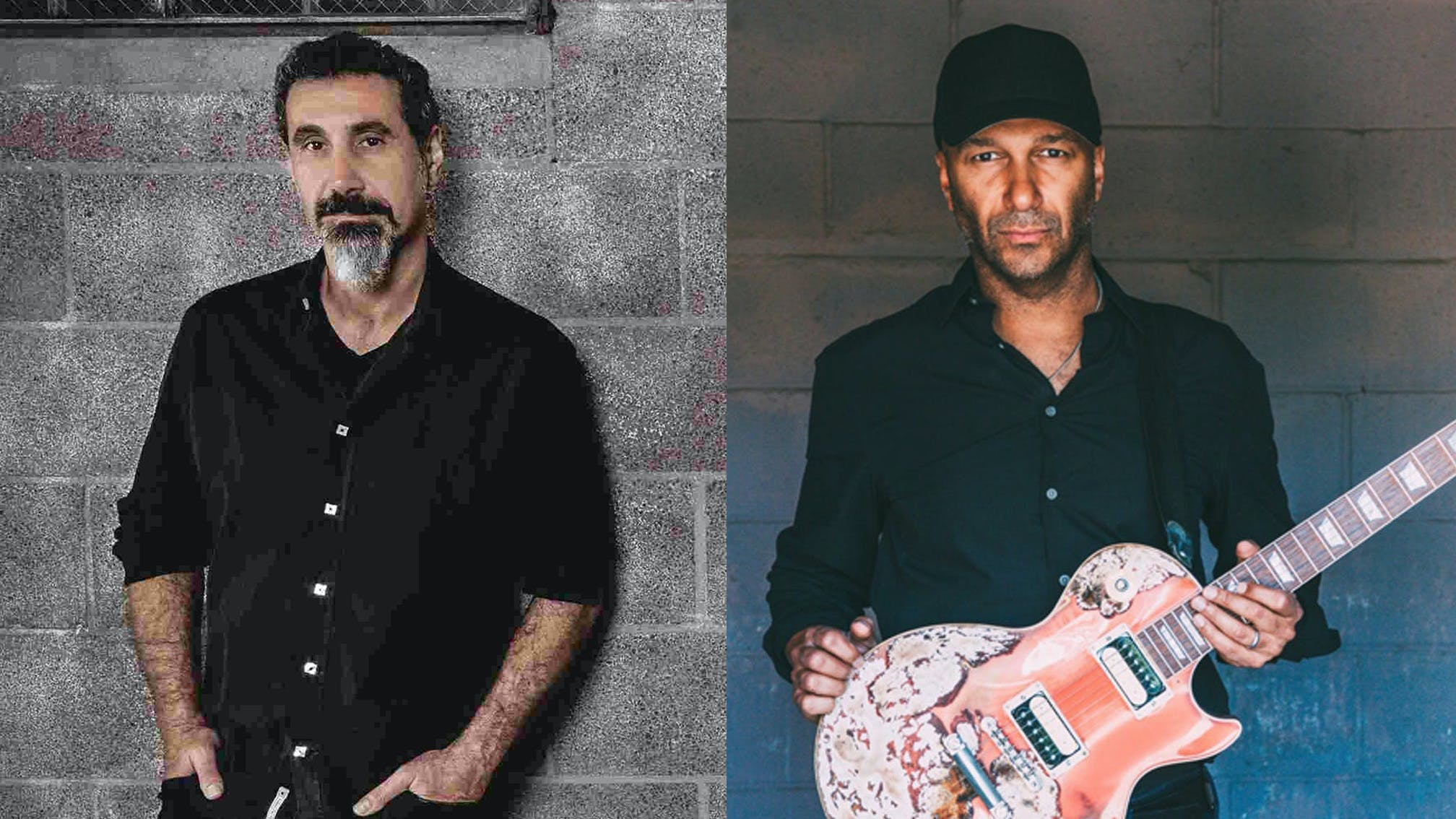 An official tribute cover of Gang Of Four's Natural's Not In It by System Of A Down's Serj Tankian and Rage Against The Machine's Tom Morello has arrived ahead of new Andy Gill compilation album The Problem Of Leisure: A Celebration Of Andy Gill And Gang Of Four.

“Andy loved what Tom and Serj did with this song, the fierceness of their attack and the jet-engine scream of feedback” says Andy Gill’s widow, Catherine Mayer. “This was a track Andy always enjoyed performing. He said their version brilliantly captured all the explosive, danceable energy Natural’s Not In It can create in live performance.”

“Andy Gill was one of a handful of artists in history who changed the way guitars are played,” adds Tom Morello. “His band Gang Of Four were just incendiary and completely groundbreaking with Andy’s confrontational, unnerving and sublime playing at the forefront. His jagged plague-disco raptor-attack industrial-funk deconstructed guitar anti-hero sonics and fierce poetic radical intellect were hugely influential to me.”

Serj Tankian, meanwhile, simply states: “It was a real pleasure to work on this track with Tom and honour the legacy of Andy and Gang Of Four at the same time.”

The Problem Of Leisure: A Celebration Of Andy Gill And Gang Of Four is due out this coming May. In the meantime, check out Serj and Tom's awesome take on Natural's Not In It below:

Read this: The 20 greatest System Of A Down songs – ranked