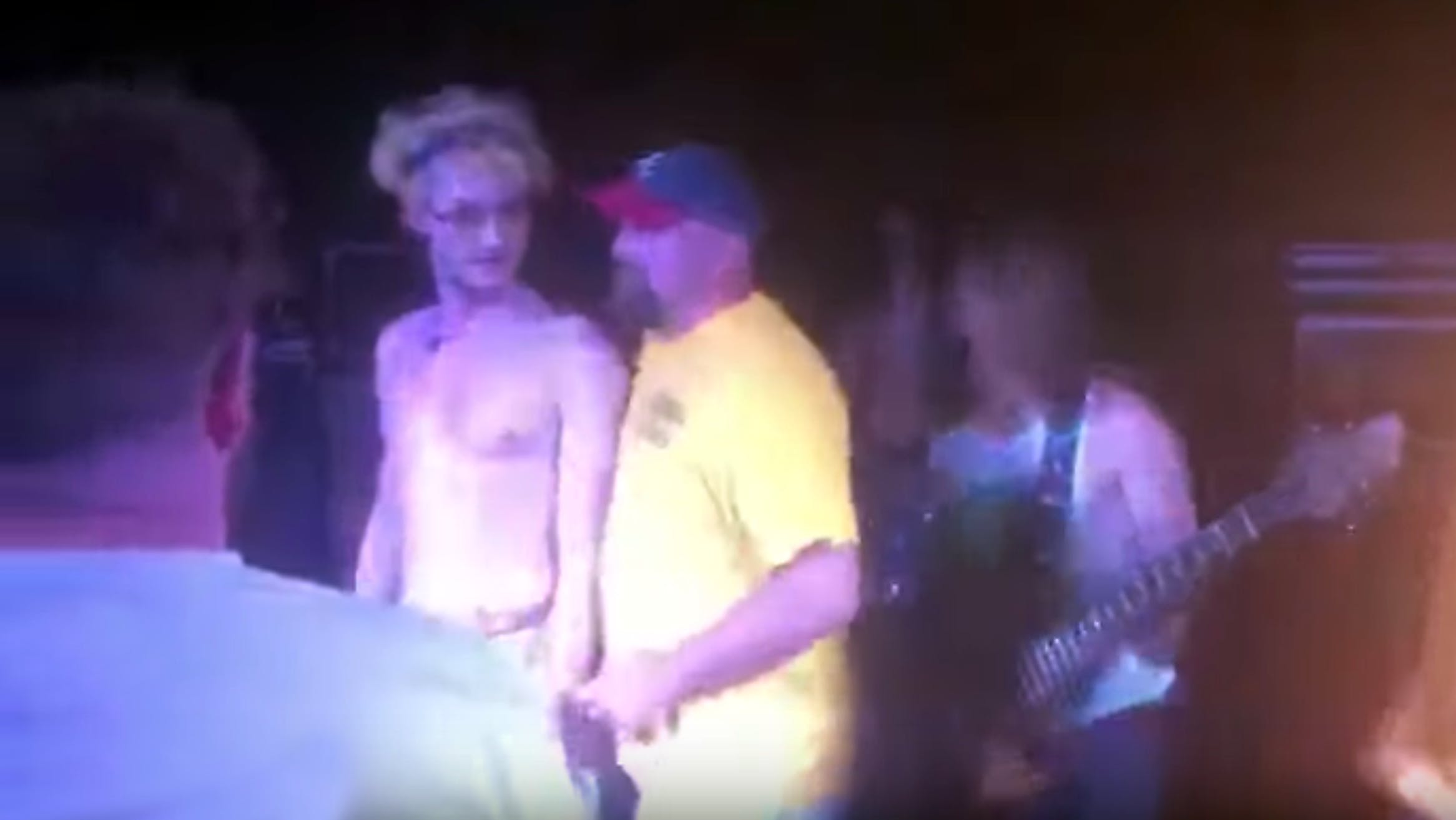 Only two days after we premiered their new video, modern nu-metal band Tallah, which features Dream Theater drummer Mike Portnoy's son Max, lost their frontman Justin Bonitz after he was arrested at a show for fighting security. Now, the band has announced that Justin has been found -- in a nearby prison, where he ended up after police placed him there and basically forgot about him.

“We have Justin back.
After the police station told us he was released at 4 a.m. we spent the majority of the day searching the city for him. Apparently, he was transferred to a prison nearby and the police station did not keep track of it and were instead told he was released. We made our way over to the prison and bailed him out. He still needs to go to court but atleast we have him back now. We will see you on the road this week with Guerilla Warfare.
– – – – – – – – – – – – – – – –
7/21 Lost Horizon, Syracuse, NY
7/22 Winchester, Lakewood, OH
7/23 Voltage Lounge, Philadelphia, PA
7/24 33 Golden ST. New London, CT
7/25 Revolution Bar, Amityville, NY
7/26 Debonair Music Hall, Teaneck, NJ
7/27 Brighton Bar, Long Branch, NJ”

Yikes. One wonders how it feels to be in a prison cell, wondering if anyone knows where the police stuck you or whether or not you'll be getting out anytime soon. Good to know that public servants can misplace and then immediately forget about you.

Justin was arrested after he swung from a pipe along the ceiling of Lancaster, Pennsylvania's Lizard Lounge during the first show of the band's current tour with Guerilla Warfare. An out-of-uniform member of venue security tried to get him down, resulting in a scuffle. Justin continued performing until police showed up and arrested him.

You can see video footage of the encounter below:

Tallah Get Terminally Sick In Their New Music Video

The latest from the Pennsylvania nu-core crew featuring Mike Portnoy's son on drums is an insane thrillride.

Justin Bonitz was arrested following an altercation with the venue's security team, and after his release from jail, his bandmates are unable to find him.