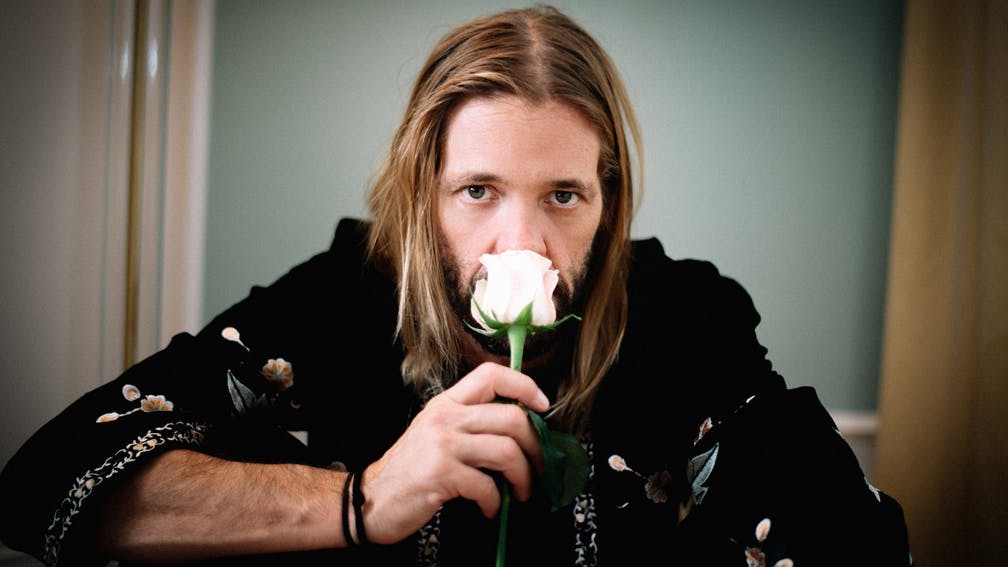 While Foo Fighters are very much focussed on the future and the release of their highly-anticipated 10th album Medicine At Midnight, drummer Taylor Hawkins has reflected on his favourite Foos songs – both including him, and before he joined the band.

Speaking with Matt Wilkinson on Apple Music 1, the sticksman reveals his love for the song Aurora, which is taken from 1999's There Is Nothing Left To Lose album – Taylor's first LP with the Foo Fighters.

"I love that side of Dave [Grohl]," he enthuses. "I love it when Dave gets in his almost yacht rock softness in his voice and he double tracks his voice really nice. And that was the first drum track that I ever did for the Foo Fighters that I was really, really proud of, because I only played half the drums on the Nothing Left To Lose record, because it was my first time in the studio and I was just… I didn't know how to record. Recording drums and playing live are just super different and the mistakes are polarised heavily, once you're under the scrutiny of the microphones. You had to do it right."

Read this: Taylor Hawkins: "I used to do a lot of fucking drugs… I believed the bullshit myth of live fast and die young"

Taylor adds that he also has a huge amount of love for the brilliantly timeless opening song on the band's 1995 self-titled debut: This Is A Call.

Elsewhere in the interview, Taylor details listening to music at incredibly loud volumes with Dave.

"Well it's rock'n'roll, man, I like it loud," he reasons. "Dave likes to listen to music so fucking loud, it's crazy. When we listened to playbacks on the studio stuff, I can't really hear it when it's that loud. It's so loud that it just is distorted to me. You know what I mean? I used to drive around in Dave's Suburban back in the '90s and his speakers were all blown. And we'd be listening to The Prodigy at 10, just flying around with cigarettes in our mouths, eating McDonald's and fucking listening to The Prodigy at like 10, literally at 10. And your ears form their own sort of compression at that point and it's just, I don't like listening to music that loud. I like to hear it good."

Read this: 20 rock and metal songs to welcome in winter