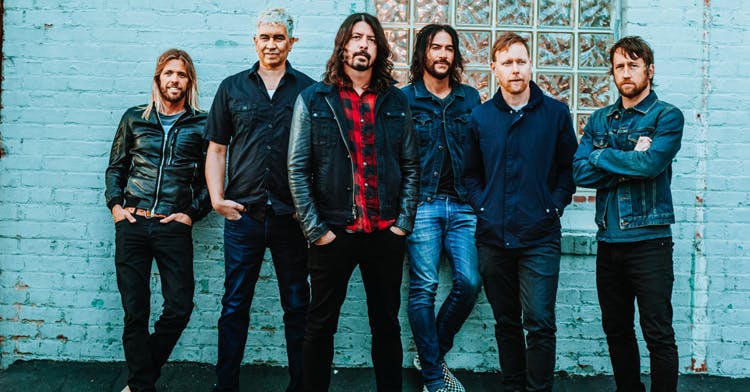 Foo Fighters sticksman Taylor Hawkins has revealed he thought the band were over after he overdosed on heroin on a press trip to London in 2001, putting him in a two-week coma.

"I was partying a lot," Taylor told Beats 1 presenter Matt Wilkinson. "I wasn't like a junkie, per se, but I was partying. There was a year where the partying just got a little too heavy."

"Thank God on some level this guy gave me the wrong line with the wrong thing one night," he added of what caused the overdose. "And I woke up going, 'What the fuck happened?' That was a real changing point for me."

Not long after the incident, Foos frontman Dave Grohl joined Queens Of The Stone Age, and the drummer thought his band were done.

"We tried to make One By One and it really looked like the end," he revealed. "I don't think that glamorising that lifestyle is a good thing - I just don't. I think it's a band message."

"I think people are gonna do what they're gonna do," he added. "Kids are gonna fuck around, they're gonna experiment. If you have an addictive personality or you're a fucking dumb kid, you're gonna get drawn into it. You gotta be careful, man."

Thankfully it did not mark the end for the Foo Fighters, and they've blessed us with plenty of excellent music since. Listen to some of that below.