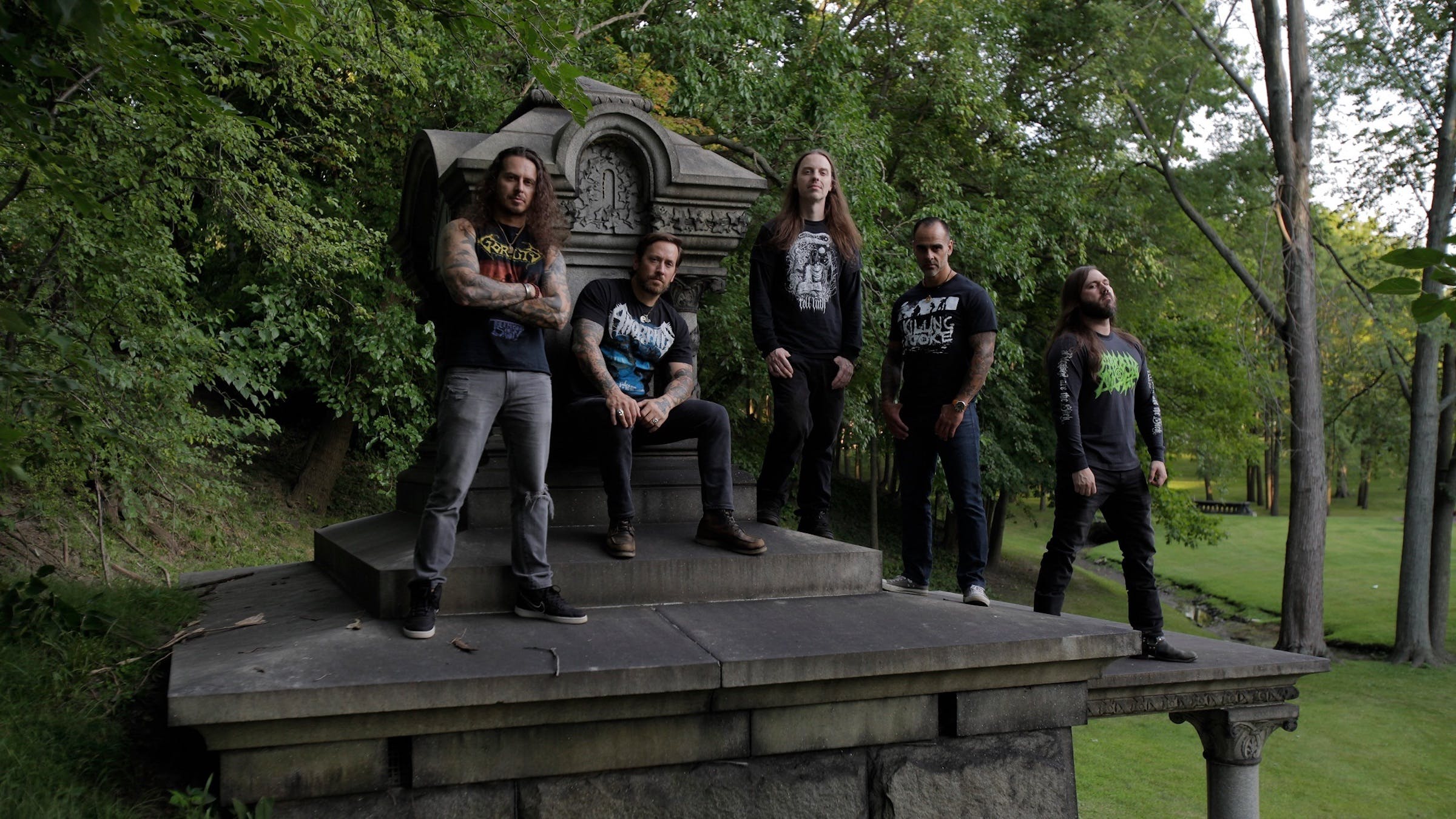 Every band could stand to learn something from Temple Of Void. Ever since the release of their incredible 2014 debut Of Terror And The Supernatural, the Detroit-based death-doom quintet have never stopped working, refining their sound and promoting their work through shows big and small. Whether at a massive national festival or a two-day underground showcase, Temple Of Void are there, making heads bang furiously to the crushing rhythms while remaining friendly and approachable at the merch table.

For these reasons -- not to mention the addictive quality of their stomping, eldritch riffs -- the band have become a staple of today's death metal scene, and rightfully earned the #3 slot on our list of the 50 greatest bands within the genre today.

The culmination of all their hard work is The World That Was, Temple Of Void's third full-length release and easily their most ambitious and impressive. On this album, the band have expanded their sound, stretching the boundaries explored on its 2017 predecessor Lords Of Death by adding moments of towering, long-form yearning and supplementing their hammer-footed chugs with winding guitar harmonies, clerical synths, and haunting clean vocals that bring Temple Of Void's infernal imagery to life. From the chthonic pounding of Self-Schism to the shadowy atmosphere of Leave The Light Behind to the breathtaking horror of the closing title track, The World That Was is an illustration of how death metal can succeed at experimenting with new influences while never losing its guttural core.

"This album sees a considerable outside influence from the likes of Alice in Chains, Failure, Pearl Jam, and Ride," says guitarist Alex Awn of The World That Was. "However, don’t expect to hear these bands creep up overtly. This is still very much a death-doom record; there’s no U-turn in sound. It’s just that we draw from a very deep well of disparate influences to create the unique sound that is Temple Of Void. Details, ideas, structures, tones, and chords may come from grunge or shoegaze, but we blend them and incorporate in our own way, so it never feels like a pastiche. The likes of Morbid Angel and Bolt Thrower still fuel the backbone of what we do."

Listen to our exclusive stream of Temple Of Void's The World That Was below:

Temple Of Void's The World That Was comes out March 27 via Shadow Kingdom Records.