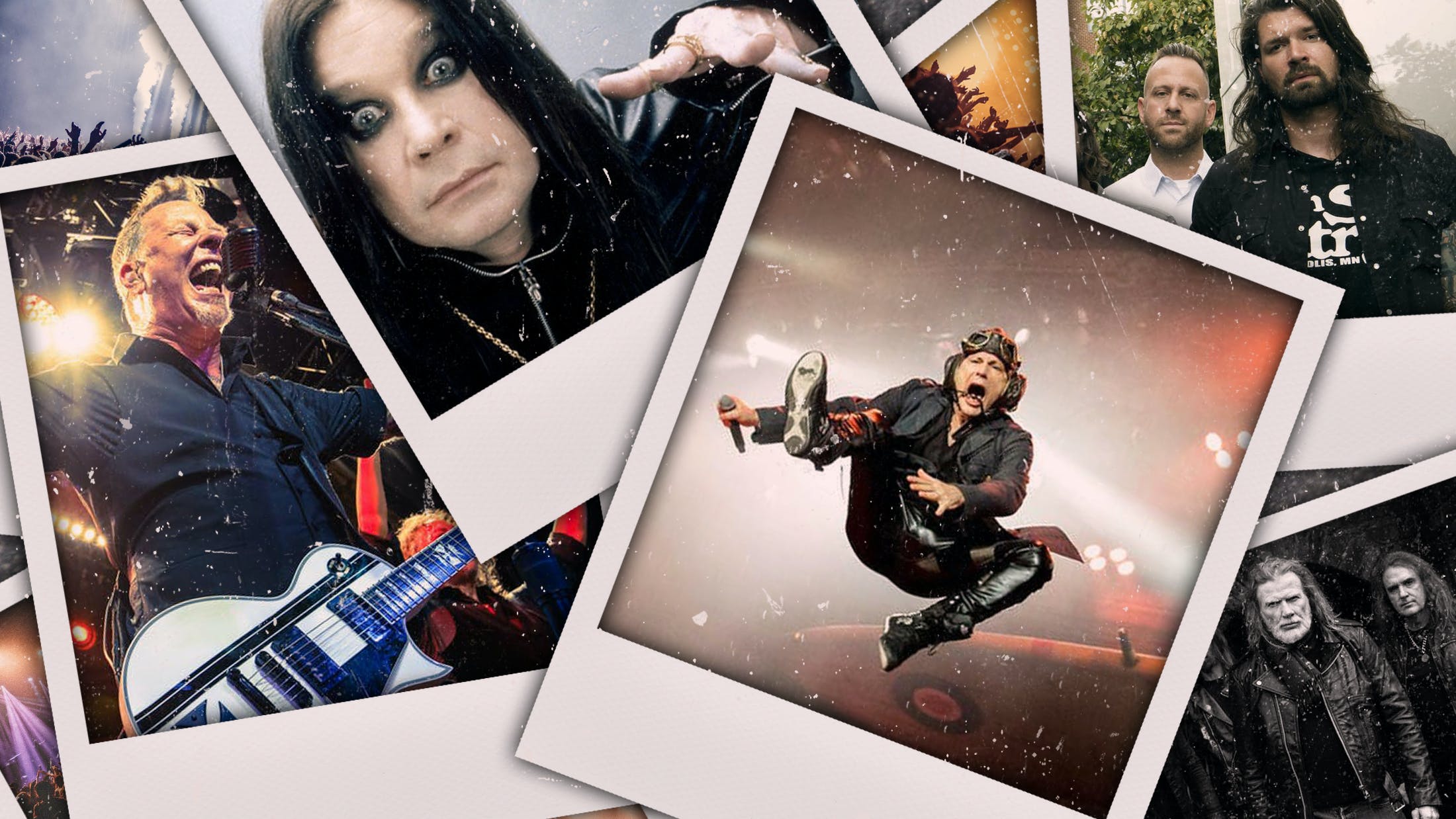 A band could walk onstage without so much as a hello and launch straight into their set, but where’s the fun in that? Where’s the sense of drama? Over the years, some artists have carefully chosen a piece of music or wartime speech to cause an outbreak of goosebumps and whip their fans into a wild-eyed frenzy before even playing a note.

Here, then, are 10 of the very best intro tapes. Sure, you could argue against these choices, but you would be wrong.

Ennio Morricone – The Ecstasy Of Gold (As Used By Metallica)

Metallica have used the climatic score from Ennio Morricone’s soundtrack to Sergio Leone’s 1966 classic western The Good, The Bad And The Ugly for most of their career. The band recorded their own cover of The Ecstasy Of Gold for the 2007 tribute album We All Love Ennio Morricone, which was nominated for a GRAMMY in the Best Rock Instrumental Performance category. “The day we first played The Ecstasy Of Gold as our new intro in 1983, it was magic!” wrote frontman James Hetfield in a tribute to the late composer. “It has become a part of our blood flow, deep breathing, fist bumping, prayers and band huddle pre-show ritual ever since. I have sang that melody thousands of times to warm up my throat before hitting the stage. Thank you Ennio for pumping us up, being a big part of our inspiration, and a bonding between band, crew, and fan. I will forever think of you as part of the Metallica family.”

The greatest use of a film score in a metal setting, without a doubt.

Metallica aren’t the only ones to be seduced by the stirring Spaghetti Western soundtracks of the late Ennio. The Mars Volta would often use A Fistful Of Dollars (Per un pugno di dollari) from the 1964 Spaghetti Western of the same name before launching into a set of challenging prog workouts that would perhaps get a nod from stoic Man With No Name, Clint Eastwood.

For people of a certain age, this passage from German composer Carl Orff’s piece Carmina Burana will be synonymous with 1970s TV ads for Old Spice. Despite its links to the most masculine fragrance of all time, this powerful operatic music has been flogged to death in popular culture; you can hear it Jackass: The Movie, Glee, The X Factor and WrestleMania 14. It also has been a staple part of Ozzy Osbourne’s shows and can be heard on original versions of his live album, Tribute. You will, however, need a degree in Latin to make any sense of the lyrics – although it appears to be something about fortune.

Before incorporating it live, British metallers Iron Maiden used Winston Churchill’s 1940 iconic speech to the House Of Commons in their video for the 1984 single Aces High to give the song some historical context and gravitas. His speech – ‘We shall fight with growing confidence and growing strength in the air, we shall defend our Island, whatever the cost may be…’ – was delivered just a few weeks after succeeding Neville Chamberlain as Prime Minister. The recording, which was made several years after the war ended, was cut with the sound of aeroplanes and became an integral part of the Maiden live experience.

Ice-T – Shut Up, Be Happy (As Used By Megadeth)

Megadeth have used the opening track from Ice-T’s third album, The Iceberg/Freedom of Speech… Just Watch What You Say!, as their walk-on music. The song, which is a looped sample of Black Sabbath’s eponymous track with a menacing voiceover by Jello Biafra, would set the tone for a set shaped around dystopian topics: ‘America is now under marshal law. All constitutional rights have been suspended. Stay in your homes!’ Fun fact, if you hook up your bass amp and play this track loudly from your window at university late at night, no-one will a) think Megadeth will suddenly appear and perform an impromptu set, or b) think you’re cool. A ‘cry for help’, they said.

The Three Stooges Theme (As Used By Rush)

Canadian prog kings Rush – who despite their epic songs about solar federations, free will and Tom Sawyer – always kicked off their concerts with their tongues planted firmly in their cheeks. For their tours, from 1982’s Signals to 1987’s Hold Your Fire and 2002’s Vapor Trails, the band used a reimagined version of The Three Stooges theme. “It's not the original theme because they won't let you use that,” frontman Geddy Lee told The Citizen’s Voice in 1987. “So I hired my friend, violinist Ben Mink, who’s a musician extraordinaire and a very big Three Stooges fan, and we had him recreate the original version. The three hellos you hear at the beginning are the three of us talking to him on the phone.”

Otis Redding – I Can't Turn You Loose (As Used By Anthrax)

For many years, Anthrax would enter the stage following The Blue Brothers’ hopped-up take of Otis Redding’s 1965 single I Can't Turn You Loose. They hoped to use the song as part of their 1988 Oidivnikufesin NFV home video – a document of their Hammersmith Odeon headline show filmed the previous year – but were scuppered due to legal reasons: “If you’re wondering why we’re doing our Blues Brothers intro a cappella it’s because they wouldn’t give us the rights to use the real one in our video… sing along,” reads a caption on the screen. The sound of five New Yorkers screaming along to a soul classic is almost as unnerving as the band’s penchant for surf shorts in the 1980s. It was a different time.

During their stint on Warped Tour in 2012, the Long Island emo quintet took to using the opening track from 1994 The Lion King soundtrack, with Lebo M’s original Zulu vocals: ‘Nants ingonyama bagithi Baba, sithi uhm ingonyama.’ It translates as, ‘Here comes a lion, father, oh yes, it’s a lion.’ But for many pop-punk fans being baked into the hot tarmac of North American car parks, it wasn’t a lion. It was Taking Back Sunday.

Terminator 2 Theme (As Used By Airbourne)

Australian four-piece Airbourne took to using Terminator 2: Judgment Day’s soaring main theme by Brad Fiedel and coupling the score with red lights and stage fog to achieve a pleasing laser effect without searing their fans’ retinas. It reminds us of Arnold Schwarzenegger’s immortal line, ‘Come with me if you want AC/DC riffs.’ Classic.

Only Fools And Horses Theme (As Used By Gallows)

Watford punks Gallows’ choice of intro music may have been short-lived, but for their Taste Of Chaos appearance at London’s O2 Academy Brixton on November 28, 2007 it was a doozy. And what better song to encapsulate the harsh, unrelenting brutality of their music? John Sullivan’s track for the perennially popular Britcom Only Fools And Horses. Fun fact: the song was not sung by Rodney Trotter actor Nicholas Lyndhurst, but John himself. Thirty minutes later, former frontman Frank Carter would be seen kicking pints off the venue bar. Probably.