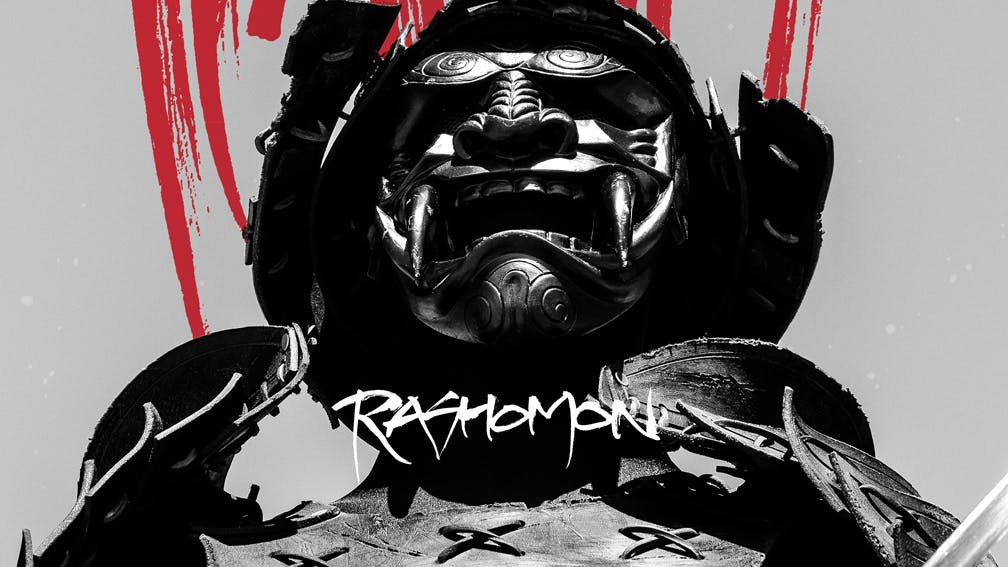 Rashomon is a labour of love more than a decade in the making. Trivium frontman Matthew Kiichi Heafy has always been vocal about his love of black metal and decided to embark on a project as far back as 2009. The original idea was to create an anonymised blast of pure Second Wave aggression, working under an alias in the knowledge that certain elements of the black metal crowd would never accept an offering associated with an act as comparatively mainstream as Trivium. This approach changed dramatically when Matt got in contact with Ihsahn and started exploring the Emperor legend’s solo output.

You can certainly hear that influence all over this album. Like stunning Ihsahn solo albums from angL to Arktis, the project that would become IBARAKI morphed into something that is very much rooted in black metal but possessed of a far broader outlook. Ihsahn’s presence does loom large – as well as producing the album, he co-wrote some of the tracks and makes a number of direct appearances on vocals and guitar – but Rashomon is very much its own beast. There are no blasts of twisted sax snaking out of the speakers, but it does share a similar mindset in terms of its experimental and emotional reach.

As opener proper Kagutsuchi follows the Romani-style intro track and builds to the first of many explosive crescendos, you could be forgiven for thinking that the original plan of crafting an authentic piece of extreme, nihilistic black metal still stood. The production never dips into that lo-fi '90s ascetic aesthetic, but raw screams are accompanied by biting, jagged guitars as Matt unleashes his inner beast.

Before the track is even partway through its lengthy course though, other elements are brought to the fore. More progressive passages float to the surface before follow-up Ibaraki-Doji brings in a gleeful use of suitably imperious Emperor-ish synths alongside lush orchestral swells and unexpected time signatures. There’s an ebb and flow running through the tracks that is hard-earned. With Trivium, Heafy has long been a master of crafting compelling dynamics with a deft balance of heaviness and melody and those lessons are applied here, albeit in quite different ways.

Matt’s clean vocals also sound absolutely huge throughout the album. Deep, resonant and just the right side of bombastic, they provide a dramatic counterpoint to his own screaming passages as well as those of his guests. The befitting dark majesty of Akumu sounds like it was written with Behemoth’s Nergal in mind but Ronin, featuring one Gerard Way, is the real jaw-dropper. Early My Chemical Romance hinted at his screaming skills at times but who knew he’d been sitting on a lacerating performance like this for 20 years?

Ishan’s family (including wife and Peccatum partner Heidi Tveitan) also contribute backing vocals to Ronin while Heafy’s Trivium family in the shape of drummer Alex Bent, bassist Paolo Gregoletto, and guitarist Corey Beaulieu all crop up on various tracks. It’s most definitely the frontman’s baby though and a lyrical journey that mixes Japanese mythology with more contemporary themes sees him dive wholeheartedly into his own heritage. It’s an approach that helps make IBARAKI even more distinctive, as if the project needed it.

Aggressive, expansive and packed with inventive flourishes, this is a finely crafted jewel from an ardent fan and student of all things heavy. And Rashomon is, quite simply, a stunning piece of work.

For Fans Of: Trivium, Ihsahn, Opeth

Rashomon is released on May 6 via Nuclear Blast