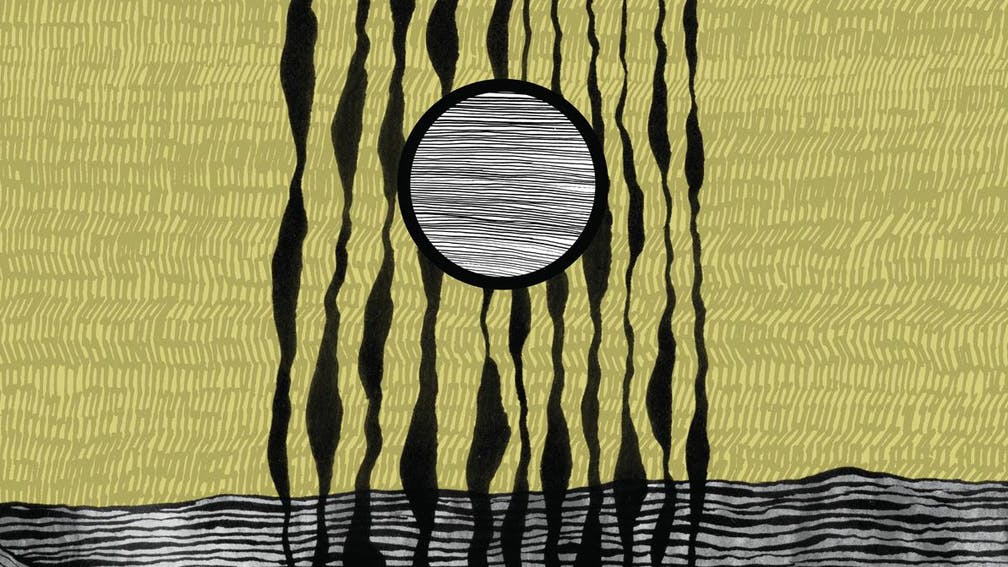 Time waits for no band, but few have ridden its relentless tide with the authenticity and dexterity of Rolo Tomassi.

Across 17 years, the trailblazing British quintet’s music has charted their coming of age. Early on, exuberant, unhinged Nintendocore rampaged along with the reckless energy of a combine harvester crashing an amusement arcade. Over time, a darker intensity bled in, the now-transatlantic group metamorphosing into purveyors of the most jagged, atmospherically-dense sounds on heavy music’s cutting edge. Where some peers have shrewdly cashed in as they’ve grown older, Rolo have continued to embrace their status as cult heroes, proud to count their currency in miles travelled, lessons learned and music for music’s sake.

Where Myth Becomes Memory feels like the ultimate acknowledgement of that. From the moment six-and-a-half-minute opener Almost Always shimmers into existence, it is a record that mesmerises without compromise, and which could not have come from anyone else. Layer after layer of guitar and drums swell and subside. Disparate visions of intimacy and grandiosity clash and combine. Eva Korman lays out her abstract, affecting lyrics: ‘Are you listening to your heart? / What happens when it stops?’ Second track Cloaked unleashes a spring-loaded tech-metal riff while simultaneously expanding the soundscape. Then Mutual Ruin tears through, clinging to a repetitive, stabbing piano note into a throat-ripping maelstrom, before spilling out across a skeletal second half of vocals, keys and sparse percussion.

On one level, the broader record has been pitched as the “accidental” final chapter in a thematic trilogy begun by 2015’s Grievances and 2018’s remarkable Time Will Die And Love Will Bury It. Although Eva has always been reluctant to unpack her writing, the progression of interlinked themes is clear to see: trauma; reconciliation; how the ticking clock distils reminiscence to suffocating shadow and glittering gold.

On another, it is a reckoning on Rolo Tomassi’s entire journey to this point. With Eva’s move to the United States more than two years before recording – her bandmates laid down the instrumental meat in Southampton, while she contributed vocals from 3,500 miles west in Waldwick, New Jersey – flickers of fresh disconnection are part of that. More significant, though, is their having taken stock over lockdown, of where fantasy ends and the fraught reality of existence as a band in 2022 begins. Rather than romanticising the past, they’ve doubled-down on writing an even more thrilling future.

On tracks like Labyrinthine and Drip, that is manifested in sheer skull-caving heaviness, marrying the machine-tooled heft of artists like Meshuggah and Mick Gordon to the harsh dissonance of Converge, Code Orange and Employed To Serve. On others, like Closer and Stumbling, it is achieved through daring minimalism, with Eva’s brother James Spence merging the influence of neoclassical masters like Ólafur Arnalds, Hania Rani, and spartan post-rock outfits like Rachel’s into an ever-more striking whole.

Blending searing technicality with sublime, almost poppy catchiness, penultimate banger To Resist Forgetting is a 245-second showcase for the power of those approaches’ dynamic contrast. After which, The End Of Eternity drops curtain with a sense of aching serenity and bittersweet finality, fading into a synth line that loops suggestively back into the album’s beginning.

It is no accident that that song borrows its title from an infamous Isaac Asimov novel, whose final line heralded, ‘The final end of Eternity, and the beginning of Infinity…’ If this end really is just the beginning, God only knows where Rolo Tomassi are headed next.

For fans of: Employed To Serve, 65daysofstatic, Code Orange

Where Myth Becomes Memory is released on February 4 via MNRK

Read this: Rolo Tomassi: A kind of magic