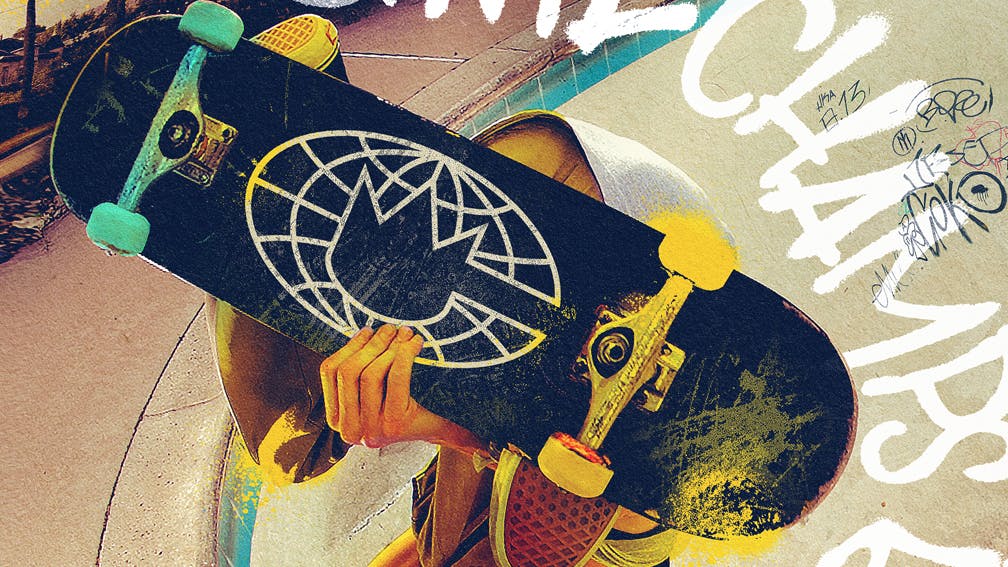 Now 12 years and four albums into their career, 2022 finds Albany pop-punkers State Champs in a state of transition. No longer the scrappy kids that emerged with youthful 2013 debut The Finer Things – a brilliant record that saw the band awarded a coveted 5/5 from Kerrang! at their first attempt – the four-piece are now a firmly established name in the world of pop-punk. The next challenge is to make the step from respected name to cult heroes, something the likes of blink-182 and Good Charlotte achieved in decades prior.

They're already influencing Gen-Z’s generation of pop-punk artists – Meet Me @ The Altar, arguably pop-punk’s hottest new property, cite the band as a key inspiration – but to back that up, and make the jump to the arenas and festival headline slots, State Champs’ music needs to transcend the scene from which they grew. Doubling-down on the sugar-rush pop-punk sound that’s made them so loved, Kings Of The New Age finds its creators doing what they’ve always done so well, but with the confidence, the slickness and, above all, the songs required to take them to the next level.

Feel-good riffs and an infectious, summery energy abound on album opener Here To Stay. It’s a trademark slab of melody-infused fun, and a song with the sing-along properties that belong, at the very least, in a Slam Dunk Festival headline set. More buoyant pop-punk arrives in the form of Eventually and Outta My Head, while Neck Deep frontman Ben Barlow makes a fitting appearance on head-bopper Everybody But You. The two most prominent names from the 2010s wave of pop-punk, it’ll be a treat for fans of said generation to see State Champs and Neck Deep team up on a song, especially one which works so seamlessly.

As well as Ben, country-pop artist Mitchell Tenpenny (Act Like That) and easycore heroes Four Year Strong (the anthemic Sundress) also feature on Kings Of The New Age, but it’s the appearance of Chrissy Costanza – vocalist of pop-rockers Against The Current – that results in the most interesting song. Said track, Half Empty, starts out with riffs heavier than your average State Champs tune, and goes on to grow into a straight-up rock song that strays from the pop-punk playbook. It’s an interesting change of pace and a song that works really well, with the instrumentation thick and sparse at various points. As SC continue to grow into a genuinely big rock band, it’s promising to see that they can mix things up without losing impact.

That said, Kings Of The New Age is, for the most part, a demonstration of State Champs’ ability to do pure pop-punk better than the majority of their peers. It doesn’t quite match The Finer Things’ ability to jolt, affect and bring sheer joy to the listener – indeed, State Champs’ debut remains their definitive release – but the 11 tracks the quartet offer up here more than do the job.

On this evidence, State Champs are the rightful kings of pop-punk’s new age.

Read this: State Champs: “We know we’re good at this sh*t. We know we’ve been here this long for a reason and we wanna showcase that”