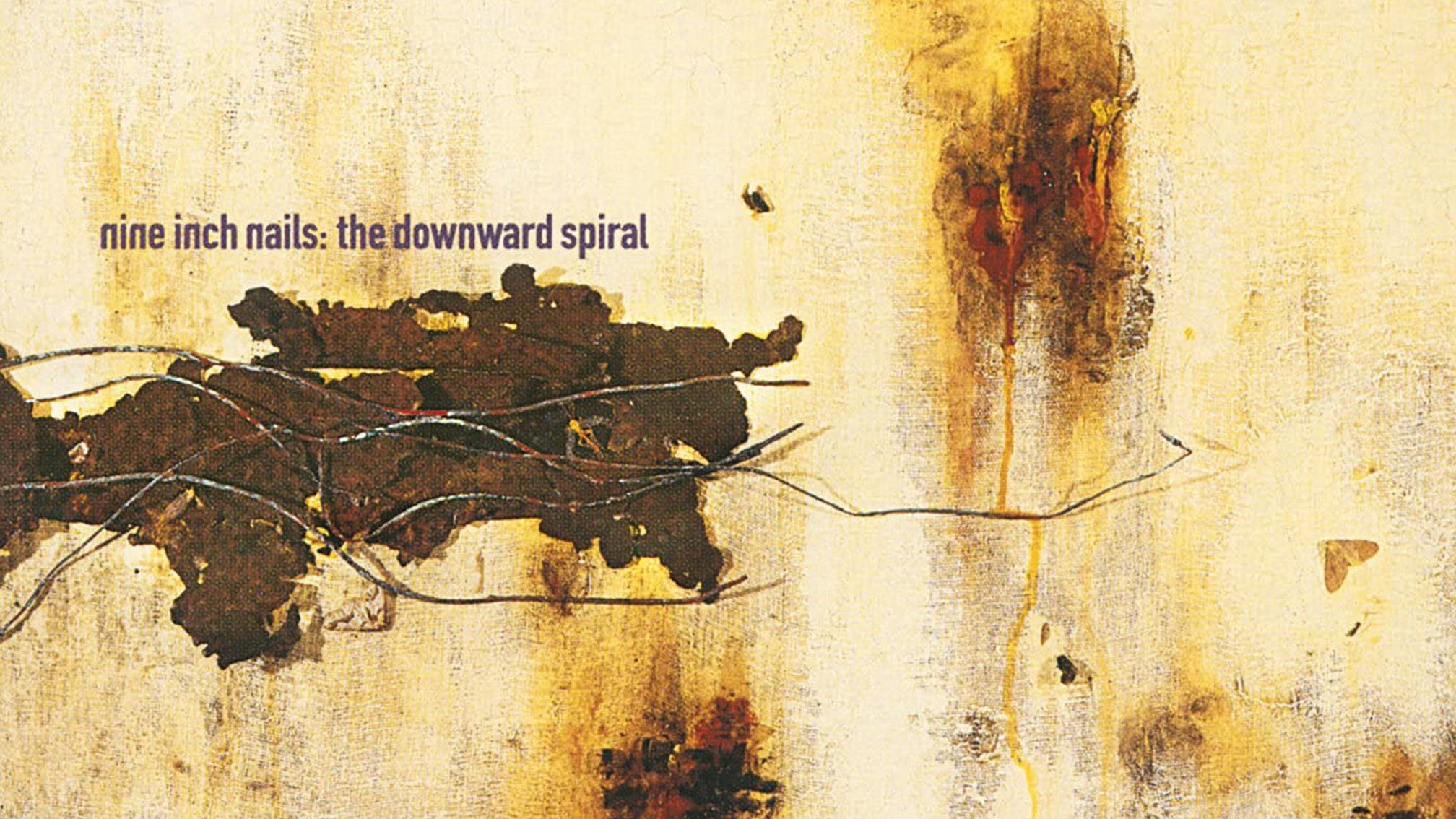 While the memory has a tendency to romanticise the past, there’s no denying that 1994 was a momentous 12 months for alternative music. In the year in which we lost Kurt Cobain – an event many rushed to suggest would spell the death knell for rock – innumerable releases proved that the genre was, in fact, in extremely rude health.

Green Day and The Offspring released their breakthrough albums – Dookie and Smash, respectively – bringing punk rock to the masses to the tune of millions of sales. Four days after her husband Kurt was found dead on April 8, Courtney Love’s band Hole released their definitive musical statement, the appropriately titled Live Through This. Soundgarden and Pearl Jam – the bands deemed grunge’s ‘survivors’ in the wake of Nirvana’s demise – unveiled Superunknown and Vitalogy, taking the sound of their native Seattle to dizzying new heights. And in the midst of all this, Weezer’s self-titled debut, ‘The Blue Album’, reframed the idea of the rock star in a nerdier new image.

While these records are significant enough in the context of those artists and for rock music en masse, The Downward Spiral changed the musical landscape. Nine Inch Nails had terraformed a sprawling, dark recess that felt entirely new – and wholly terrifying.

“I really like The Downward Spiral,” the band’s fearsome, then 29-year-old Trent Reznor said upon completion of a second album that’s become a byword for singular, uncompromising excellence. “There aren’t any obvious radio and MTV songs.”

At that point Trent was right, of course. The Downward Spiral seemed entirely alien and far from chart fodder. One of its singles was a relentless, throbbing, structurally unusual assault called March Of The Pigs. Closer featured the lyric, ‘I want to fuck you like an animal,’ against a hissing disco beat. Elsewhere, on Heresy, Trent spits, ‘God is dead and no-one cares.’ Even the album’s most accessible track, the piano-driven closer Hurt, was about self-harm and heroin addiction. In fact, that such a stark, nakedly vulnerable offering could, by contrast, appear so welcoming, is testament to the sense of pervading despair.

Despite The Downward Spiral seeming so unpalatable – the sound, as Trent put it in 1998, of “shedding skin, taking a layer off and analysing it” – the album became an unprecedented success. Upon its release, it reached Number Two in the Billboard 200.

“All I hope is that there are a few people who’ll think, ‘Wow, I’m not the only person who thought those things,’” Trent said upon its release. The album has since sold a remarkable 3.7 million copies in the U.S. alone.

“I made a small-scale, personal, potentially ugly record that reflected how I felt,” was Trent’s understated appraisal. Showcasing a complicated relationship with his responsibilities as an artist that continues to this day, he added, “Some of those ugly things are things you wouldn’t want to tell your mom, your friends or even your lover. But it’s no public fucking service either. It’s just what I felt.”

Trent Reznor certainly had reason to feel angry in the years leading up to this outpouring. As shown in The Defiant Ones, the HBO series chronicling the individual and collective careers of Beats Electronics founders Dr Dre and Jimmy Iovine, Nine Inch Nails had a difficult relationship with their first label TVT.

Given the 14 hours a day he’d spent in the studio making NIN’s debut album, 1989’s Pretty Hate Machine, Trent hadn’t appreciated having his work deemed “an abortion” by TVT founder Steve Gottlieb, who later asked the artist for more of the same when that album went on to sell a million copies and landed the band a support slot on Guns N’ Roses’ European tour.

Jimmy, meanwhile, was determined to recruit another visionary producer into the Interscope (the label he co-founded) fold. But, despite his record of success in securing talent, it’s fair to say he had to pursue Trent more doggedly than most, spending many hours locked in his bathroom conducting the year-long negotiations on the telephone.

When the two men finally met face-to-face, Jimmy cut to the chase and asked what it would take. Among other demands, Trent asked for his own imprint so that he could sign acts with a degree of independence from Interscope. This he got – and more – and in 1992, Nothing Records was born.

In the early hours of August 9, 1969, at 10050 Cielo Drive, four members of the Manson Family brutally murdered five people. These included actress Sharon Tate, the wife of director Roman Polanski, and their eight-and-a-half-month unborn child.

Twenty-three years later, the trip into The Downward Spiral began at that very same address. Trent had moved into the ‘Tate House’ in 1992 to record the Broken EP – secretly working on it in the midst of his dispute with TVT – as well as Fixed, an accompanying collection of remixes. He soon renamed the place ‘Le Pig’, a reference to the word scrawled on the door in Sharon Tate’s blood by her murderers.

Two rock classics were also looming large over his creative thoughts: David Bowie’s 1977 album, Low, and Pink Floyd’s 1979 release, The Wall. Both featured artists making drastic left turns during fraught periods in their lives. In Bowie’s case, it was his struggle with cocaine, coupled with a sense of dislocation after moving from Los Angeles to Berlin. Pink Floyd, meanwhile, had grown disillusioned with the scale of their shows during 1977’s In The Flesh tour, not to mention the way their audience interacted with them. This culminated in an incident during a show at Montreal Olympic Stadium, when bassist and songwriter Roger Waters spat in the face of one rowdy fan. The Wall was Roger’s exploration of his own horror and the self-imposed isolation it inspired.

The Downward Spiral clearly pulled on threads from both albums. From Low, as illustrated by a largely instrumental second half created with ambient supremo Brian Eno, was the use of synthesisers to build soundscapes that conveyed an atmosphere of disquiet (NIN would, of course, end up supporting David Bowie on his Outside Tour in 1995). From The Wall, The Downward Spiral took the idea of having an overarching concept in which to articulate a sense of frustration and alienation. Trent Reznor, like Roger Waters, had felt the deep undercurrent of negativity that can envelope a rock star on a big stage. And, as Roger Waters had done on The Wall, Trent built an album around a wounded central figure to help him navigate it.

At that point in his life, Trent’s wounds had numerous sources. His relationship with bandmate Richard Patrick had become so fractious that Richard would quit in the midst of recording The Downward Spiral, and form new band Filter soon afterwards. As one source of anxiety disappeared, however, another took its place, as Trent’s relationship with drugs intensified during the 18-month recording.

Despite his struggles, NIN had no trouble recruiting formidable talent to bring this bleak vision to life, with the legendary Flood (aka Mark Ellis) co-producing, and contributions from the likes of Jane’s Addiction drummer Stephen Perkins and King Crimson guitarist Adrian Belew. The latter, who would play on three more NIN albums, is on particularly searing form during opener Mr. Self-Destruct. Trent has since described him as “the most awesome musician in the world”.

The after effects of The Downward Spiral, however, were destructive.

“I wound up distorted, someone I didn’t know,” Trent would say of the aftermath to K! in 1999. The Downward Spiral had an effect on the wider world, as well. Upon its release, the Republican Party took issue with the lyrics from the track Big Man With A Gun, suggesting that they attacked American conservatives. Trent later clarified that the song satirised gangsta rap. The greater storm came in 1999, however, when it was revealed Dylan Klebold, one of the perpetrators of the Columbine High School massacre, had made diary references to The Downward Spiral in the years before he and classmate Eric Harris murdered 13 people.

Nine Inch Nails weren’t the only scapegoats, but such implied connections missed the point entirely. Rather, this was an album that shone a light on thoughts and emotions countless fans felt like outsiders for having; its honesty helping many realise that they were not alone in their suffering – perhaps for the first time.

In the 27 years since, fans who experienced that connection have acknowledged The Downward Spiral’s impact in their own unique ways. One person unlikely to participate in any milestone celebrations, however, is Trent Reznor. In 2014, when asked to reflect upon its 20th anniversary, he had no idea that it had even been that long – an unsurprising response from an artist whose drive and forward focus has resulted in seven NIN albums since, various EPs, and an Oscar for his soundtrack work. Besides, he did once liken the experience of making it to “climbing down a manhole and pulling the cover over”.

Understandably then, Trent might be reluctant to tumble into The Downward Spiral ever again. Despite the artistic peaks that came as a result of facing down his army of demons, it’s testament to the album’s timeless sense of seething despair and fury that even 27 years on, its depth and darkness continues to haunt and resonate.