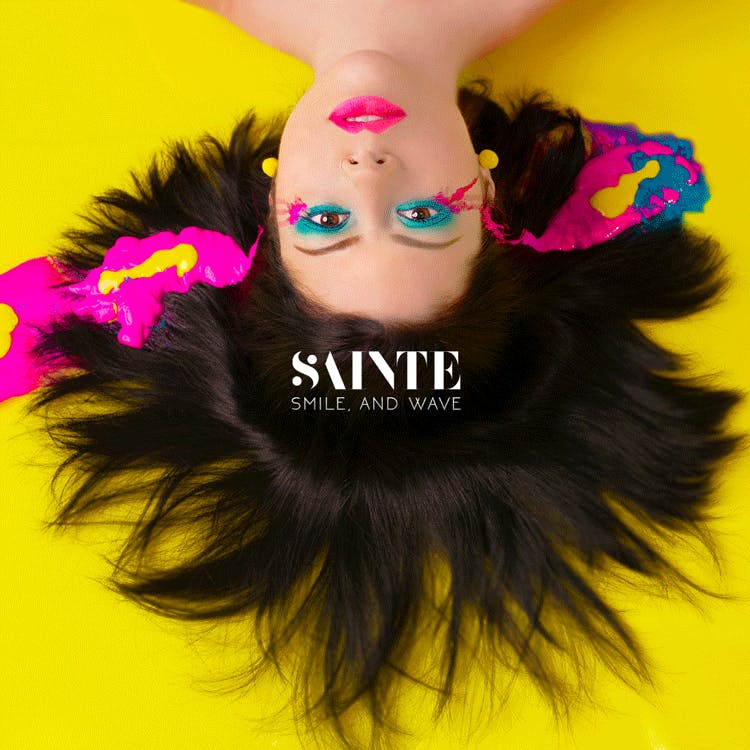 Tay Jardine will unleash her debut EP, Smile. And Wave, this Friday (June 30) and digital pre-orders are now live from the following link. On top of that, she revealed her latest single Eyes Are Open, which is available to listen to right here.

Talking about her new project Tay Jardine said: “After touring for so long with my previous project, I found myself evolving as a woman. I was wanting to try something new, which really represented where I am creatively. I started making music just based on what I was feeling now; it felt a little different and it felt a lot more natural. I was nineteen when We Are The In Crowd were signed, and I was so incredibly young. We developed something that was great for then, but now I find myself in such a more comfortable place as SAINTE. It just really represents who I am as a person as well as an artist.”

Check out the EP artwork and track-listing below:

Give With Or Without Me a spin below:

As part of YoungMinds’ ongoing takeover of Kerrang.com throughout October, we catch up with 27-year-old SAINTE and former We Are The In Crowd vocalist, Tay Jardine.

Tay Jardine is back with her talking cake!