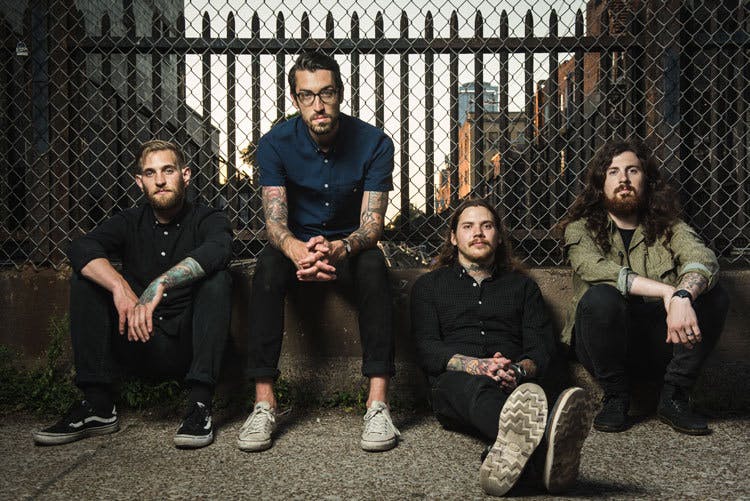 The Ohio metalcore masters have confirmed details of their sixth record

It’s a good day to be a metalcore fan. Specifically, it’s a very good day to be a The Devil Wears Prada fan. The Ohio wrecking crew have just announced that their sixth album, titled Transit Blues, will be out on October 7 via Rise Records. On top of this, the band have also unveiled a sinister video for their new single Daughter and announced details of a November/December UK tour with fellow labelmates Memphis May Fire and Silverstein.

Speaking about the album, vocalist Mike Hranica says: “It’s like zooming out on a commute. It’s the notion of getting from one place to another. Most people go from their homes to work, while we go from date to date on tour. Either way, it’s the inevitable process of growth and change. There are moments of anger, but the pervading theme is separation. Drawing the full circle, it is separation that is inherent in moving from one place to another.”

You can watch the video for Daughter below, and don’t forget to leave us your comments!

The Devil Wears Prada tour with Memphis May Fire and Silverstein on the following dates, and you can pick up tickets here.

The Devil Wears Prada announce new EP: "The heaviest music of our career…"

The Devil Wears Prada have announced a follow-up to their 2010 Zombie EP, ZII.

Ohio metalcore legends The Devil Wears Prada have revealed the cover and tracklisting of their new album, The Act.

Gallery: A Day To Remember Celebrate 15 Years In The Making In New York

Brace for… photos. Lots of ’em.

This is shaping up wonderfully.