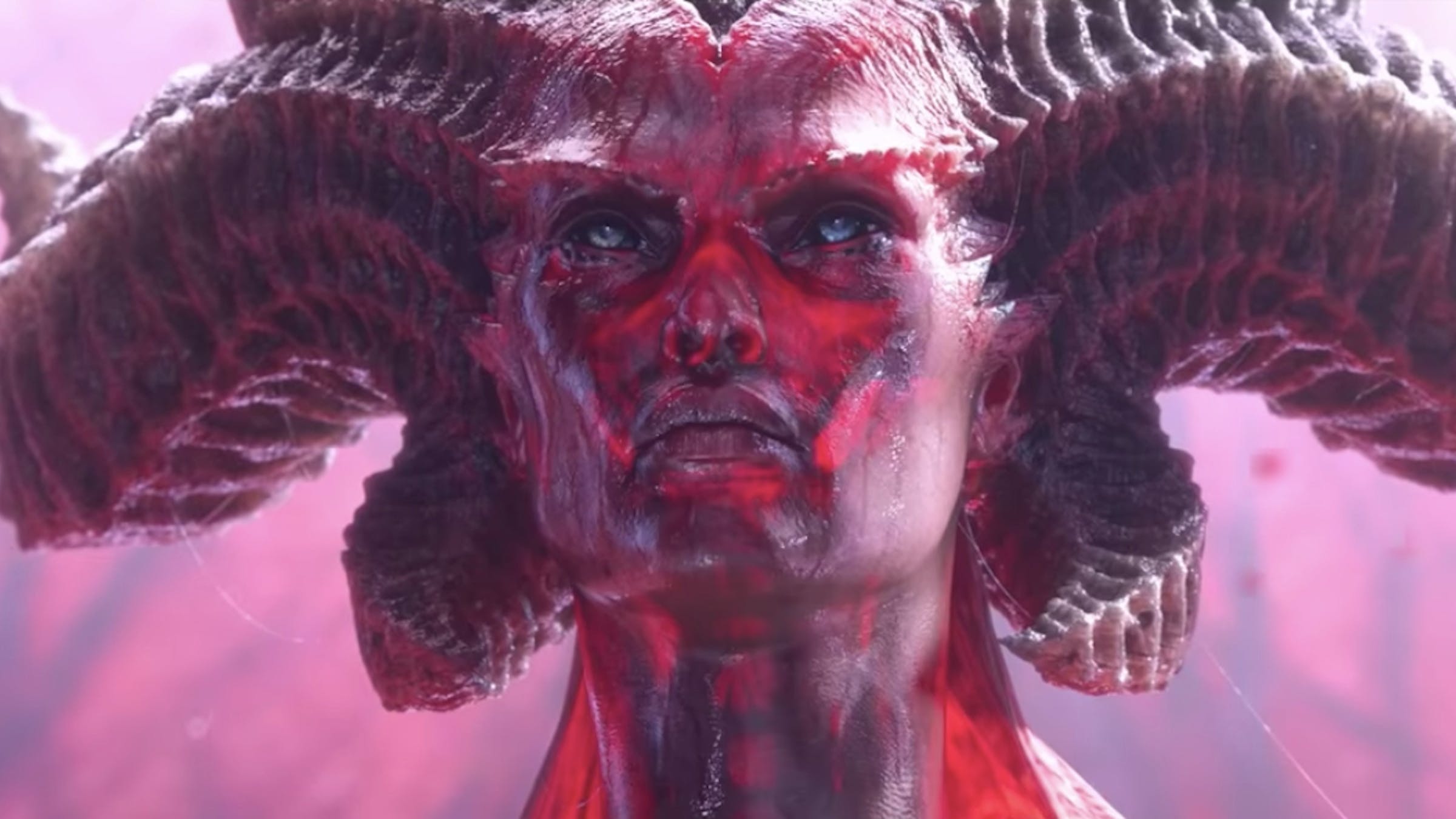 Heavy metal and video games have a long, storied history with one another. And while not every game features actual heavy metal music in it, plenty feature metal-as-hell art and imagery. Few gaming series can make that claim as much as Diablo, Blizzard's role-playing gaming franchise about the humans of Sanctuary fighting against the demonic hordes of the Burning Hells. Well, this past weekend, a full cinematic trailer for the long-awaited fourth installment of Diablo was released at Blizzcon 2019...and damn, is it metal.

As you'll see in the footage below, the premise of the game seems to be that an unsuspecting group of thieves have entered an ancient temple in Sanctuary, only to uncover a gateway to a world beyond theirs. Of course, these sorts of things never go well, and this time is no different, as the treasure-hunting party is quickly attacked by a dark spiritual entity that begins using them to perform a blood magic ritual. It's when the ritual is completed -- and the gateway is open -- that things truly feel like a Behemoth song.

Welp, this ought to be evil as hell.

READ THIS: A short history of heavy metal in video games

For fans of the game series, the revelation this trailer poses is a big deal. Lilith, the demoness who is revealed at the end, is the daughter of one of the universe's Prime Evils and the creator of Sanctuary. She's basically the mother of all evil in the Diablo world, and her reappearance is somewhat of a second coming for the demons therein. So, not only is this trailer metal in its epic demonic imagery, it's metal in its dark, twisted lore.

While the Diablo series certainly provides the most metal depiction of the underworld in video game lore, it does take the blue ribbon for Most Metal Video Game Of All Time. That distinction undoubtedly belongs to Brutal Legend, the Double Fine-produced adventure, mixing action and exploration with real-time strategy combat, is a curious collision of gameplay styles that didn’t prove a commercial heavyweight.

Brutal Legend's cult appeal grows and grows, no doubt aided by its starry cast – Jack Black plays lead protagonist Eddie Riggs, trapped in a crazy heavy metal world; and there are roles for Rob Halford, Tim Curry, Lemmy Kilmister and Ozzy Osbourne. Riggs himself was modelled, originally, on Lemmy, and there are definite similarities that made it through to the final product. There are 75 artists on the game’s soundtrack, from Girlschool and Mastodon to In Flames and Cradle Of Filth via Ministry and Megadeth.

Sadly, in classic Blizzard fashion, Diablo IV will not be coming out for a hot second. But keep your eyes peeled for more awesome footage in the near future.