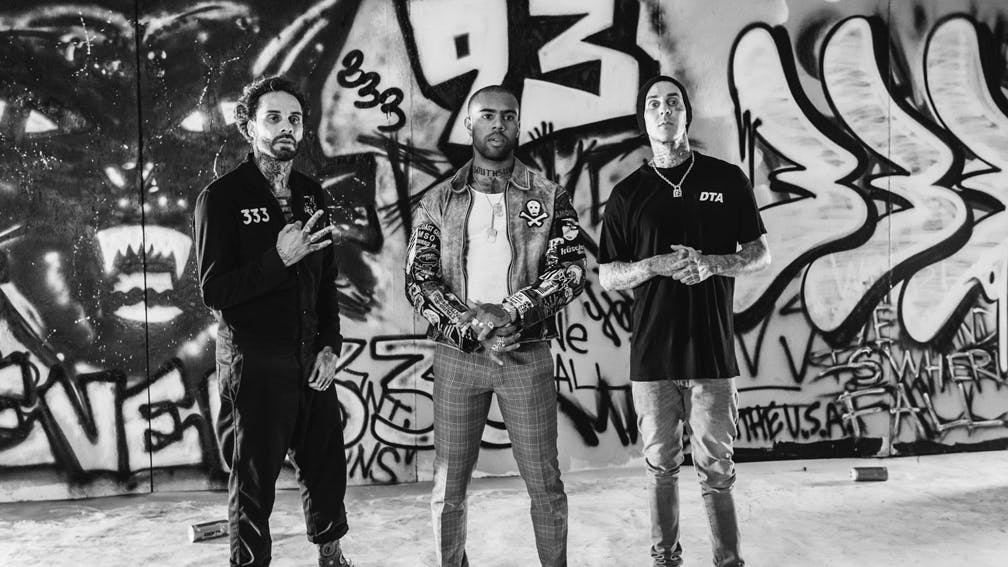 THE FEVER 333 have unveiled a brilliant new remix of Made An America, featuring Vic Mensa and Travis Barker.

To coincide with the news, the Jason Aalon Butler-fronted activists have also announced a high-profile support slot with the mighty Bring Me The Horizon, meaning they'll be returning to the UK and Europe this November for a load of their amazing demonstrations.

Jason says: "We are very excited to announce our inclusion on the Bring Me The Horizon First Love Tour. We would like to thank the boys in Bring Me The Horizon for giving us the opportunity to broadcast our message throughout Europe/UK, alongside their very large and well deserved platform. If the message speaks to you, please join us. To those who are unfamiliar with said message, we can’t wait to introduce ourselves on this tour."

Meanwhile, of the Made An America remix (which you can check out below), he adds: "This project started as an effort to affect change. Change in our communities as well as the industry and art which we operate within. Opening the floor to like minds and artists. Subversion is in the project’s DNA. So is hip hop. So is punk. So is ART. Which is why we are so proud to announce the visual component to the Made An America remix, featuring Travis Barker and Vic Mensa. Two artists tastefully combining the essence of rock and hip hop music; two realms that were created to challenge convention which is what we intend on doing in honour of these cultures."

Catch THE FEVER 333 supporting Bring Me The Horizon at the following: