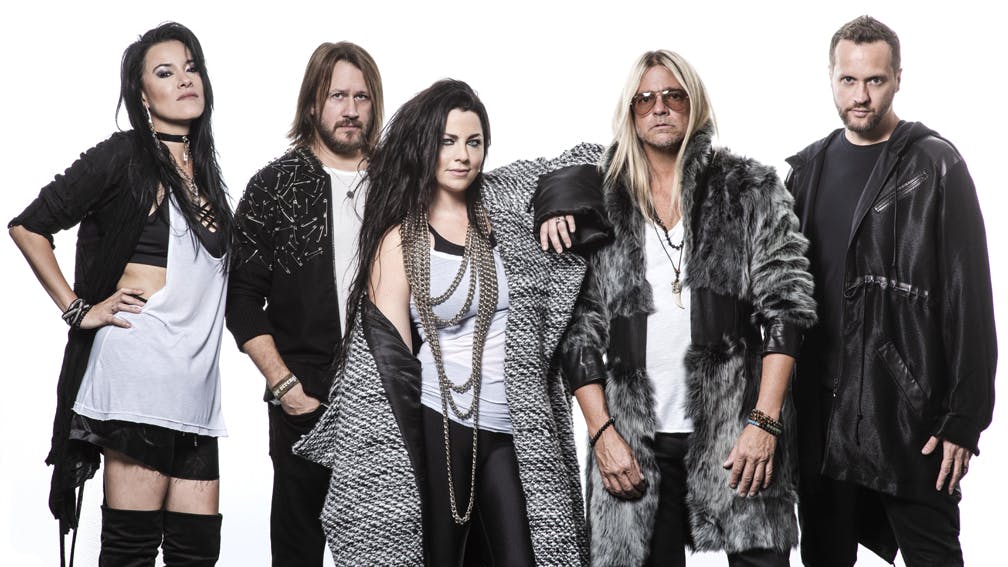 The desperation charging this line of inquisition was, of course, understandable: the group’s last original studio record was their self-titled release way back in 2011. Since then, we’ve had everything from tours to archival deep digging (their Ultimate Collection 2016 boxset included the Lost Whispers and Origins rarities collections), an Amy Lee children’s album, and even a Fleetwood Mac cover for Gears Of War 5. Everything, in fact, but a new album. And then April 17 came along…

“We promised you a new album in 2020 and we won’t let anything stop us,” Evanescence tweeted. “We are proud to begin sharing our new album The Bitter Truth with you, one piece at a time…” Which brings us to Wasted On You: the long-long-loooong-awaited first single from the band’s new album. It’s finally here, people. And it doesn’t disappoint.

READ THIS: An epic conversation with Amy Lee and Sharon Den Adel

The pressing thing to note is that, as far as first strikes go, this is a very different approach from Evanescence. Wasted On You’s slow-boil tension contrasts starkly with the maximalist philosophy of previous lead singles like Bring Me To Life, Call Me When You’re Sober and What You Want. Perhaps liberated by their new way of unveiling the album “one piece at a time”, they’ve going not for the jugular here, but rather an incisive snip of the heartstrings. What may at first sound comparatively understated for them is actually anything but. Make no mistake: it takes a lot of confidence to make your grand comeback sound so slowburn and graceful.

As far as opening gambits go, the lyrics, ‘I don’t need drugs, I’m already six feet low’ serve as a perfect primer for what follows: a sombre meditation on romantic numbness. Musically, this is part lullaby, part gothic power ballad – boasting haunting piano passages bolstered with the occasional eruption of burning distortion. If we’re talking the wider Evanescence canon, it’s a song that could nestle in quite nicely between Lithium and Lost In Paradise in a live set.

Above all else, however, it is – perhaps unsurprisingly at this point – Amy Lee’s voice and sorrowful delivery that remains at centre stage. Just check out her epic sustained note toward the end – it’s the crowning moment on a song that serves as a potent reminder as to why Evanescence have enjoyed life long after releasing Bring Me To Life. Mature, dark and beautiful, Wasted On You is a triumphant return.

READ THIS: Fallen: The album that made Evanescence superstars