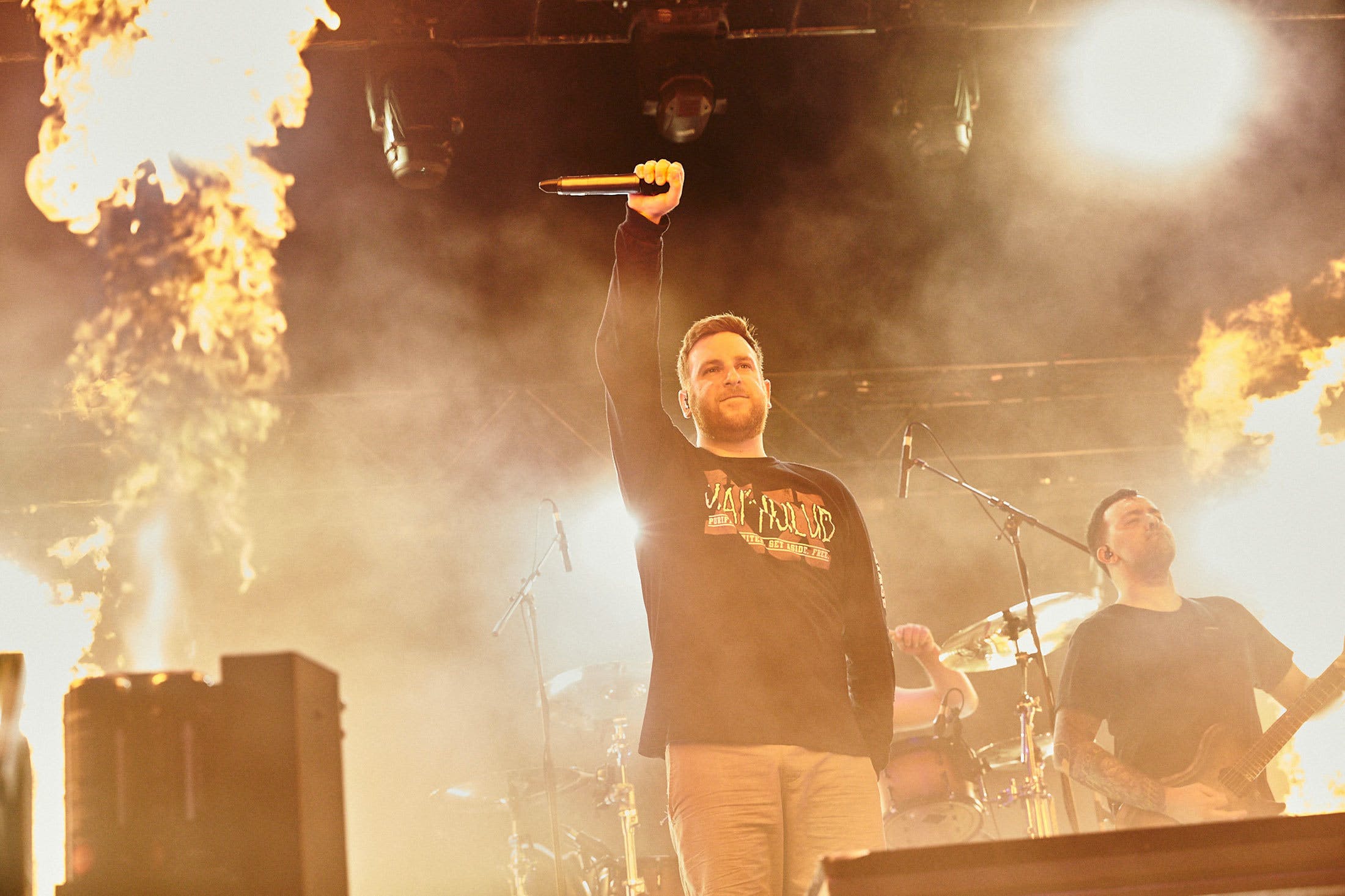 After bassist Jim Riley previously confirmed to Kerrang! that The Ghost Inside would have new music ready in time for their one-night-only show at London's O2 Academy Brixton in July, Andrew Tkaczyk has now revealed that the band's new album is officially complete.

Chatting with Stray From The Path's Craig Reynolds on The Downbeat podcast, the drummer elaborated on the writing and recording process for the follow-up to 2014's excellent Dear Youth album, explaining: "Back in January of last year I turned one of my bedrooms into a little studio, and the guys came out and we just started writing it. So when we got hold of Will [Putney, producer] to tell him we were interested in him producing the record, we also had Jeremy [McKinnon] from A Day To Remember on board, which we’ve had on the last two records.

"How it worked was, we first initially met up in Orlando at Jeremy’s studio and Andrew Wade’s studio to do these pre-pro demos. And that was in May of last year. So he came there, and we all flew to Florida, and we spent two or three weeks in Orlando. And then we took a little break because we had our comeback show to do in July, so we took a little break to prepare for that, and then went back to good old Belleville, New Jersey to finish and track the record."

Read this next: The 21 best U.S. metalcore albums

Andrew also added: "I don’t think we’ve quite settled on a name [for the album] yet – but the record is done, and literally as of last night we are listening to the mix, and all this stuff. So it’s super-exciting."

Check out the full podcast below. It's a hell of a listen…

Discussing the way in which The Ghost Inside worked on this record with Kerrang!, Jim said: “The biggest difference is the emphasis on collaboration. This is the first record without [former lead guitarist and co-founder] Aaron Brooks, and first with Chris Davis. Aaron was the main guy to put the ideas together before, and we’re doing it much more as a group on this one. There’s also a freedom now to explore the TGI sound in any way we want. We are so far removed – almost six years – from the Dear Youth process, and the band has grown so much as individuals and as a collective that we bring a lot of new things to the table.”

And as for the band's reasoning for going with Will Putney and Jeremy McKinnon for production? “Will was our first choice producer for this project, and we always wanted to have Jeremy involved as well," Jim said. "We are very lucky that we don’t have a deadline and have been able to work around their schedules. [The Ghost Inside’s record label] Epitaph have been incredibly supportive on this as well, understanding that making the record was going to be a little non-traditional, but if the results are as good as we are hoping it will all have been worth it.”

The Ghost Inside play a one-night-only show at London’s O2 Academy Brixton on July 4, 2020. Get your tickets here.