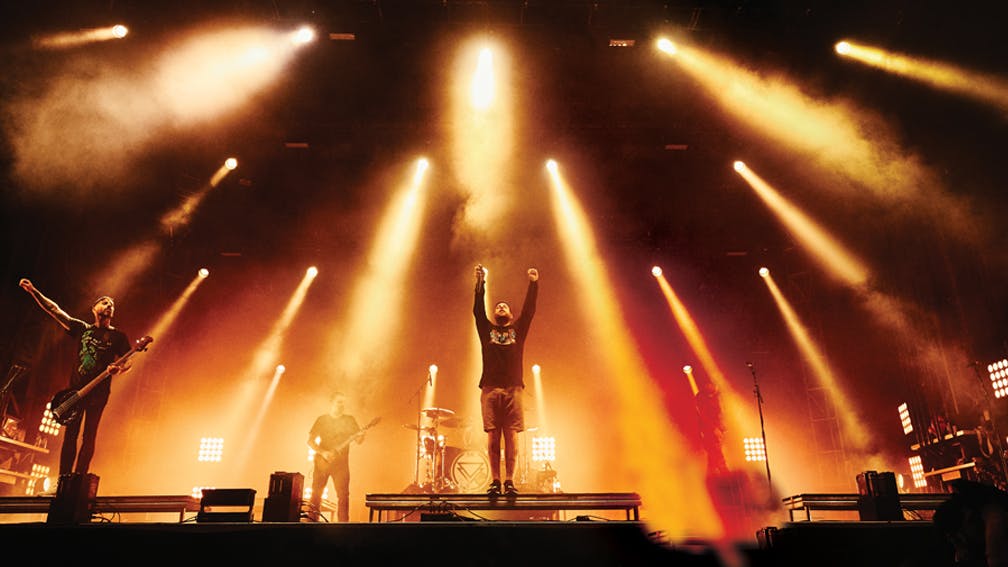 Following the release of Aftermath in April, The Ghost Inside have unleashed another new track, Pressure Point, from their upcoming self-titled album.

As bassist Jim Riley explains of the new song – and, indeed, the record as a whole – “Almost all TGI songs take the listener on a journey from dark to light or from despair to hope. On this record we made a conscious effort to let individual songs explore different emotions we’ve been experiencing and not force them to have a positive turn.

“We feel like the album as a whole will give you that hopeful feeling, even though a song like Pressure Point might not do that by itself. Instead we embraced being pissed off and let it pour out through some of the most aggressive and pointed lyrics we’ve ever had. We try to avoid cursing in our songs but sometimes you’re just so fed up that nothing less than a big loud fuck will get the job done.”

The Ghost Inside's new album was produced by Will Putney and A Day To Remember frontman Jeremy McKinnon, and will be released on June 5 via Epitaph.

Discussing the band's reasoning to keep the release date as originally planned despite everything that's going on in the world, Jim tells Kerrang!, “I mean, what are we gonna wait for? To me, this situation that everyone almost parallels what we went through [with the band's 2015 bus crash], and some of the topics on the record, in ways that are uncanny. For all of us, it went from normal life to crisis life overnight. The uncertainty of how you’re going to pay your phone bill without a job. This isolation – each of us was alone. There’s all this uncertainty over people’s health, which loomed over us for so long. But there is also this increasing sense of unity amongst the 10 of us [involved in the accident] that you’re starting to see develop through the current quarantine situation.

“We don’t know when things are going to go back to normal, so if we just sit here and wait for things to go back to normal, we could be sitting on this record for six months or a year. And what do we have to lose? Life is gonna be fucked up enough. Why not do one thing that gives us a little taste of normal?”

The tracklist for The Ghost Inside is as follows:

Read this next: The Ghost Inside: We didn't want to make a record about the accident, we have a lot more to say