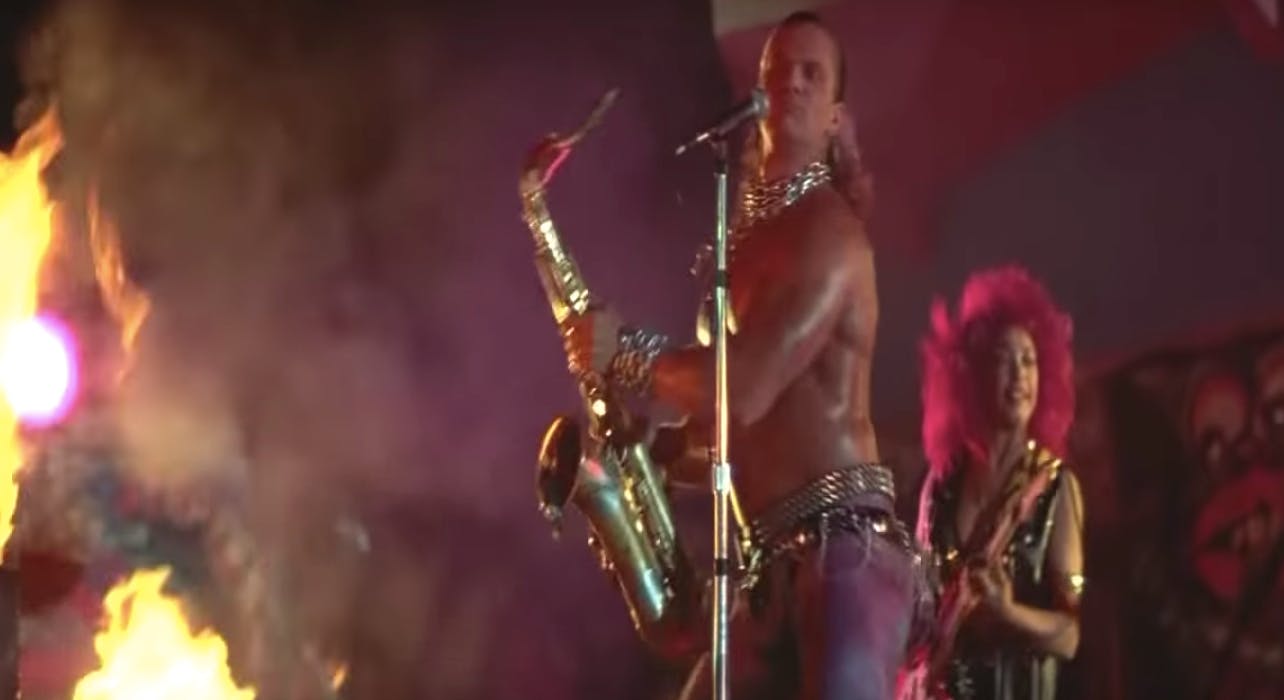 One of the best horror movies from the '80s is The Lost Boys, in which Kieffer Sutherland plays a teenage vampire homoerotically terrorizing a family in a small beach town. But arguably the best scene of that movie is when when greased-up saxophone player Tim Capello performs a pelvic thrust-heavy rendition of his track I Still Believe at a beach party. Well, now horror movie fans can relive the greatest moment in modern cinema, as Tim is taking his new album on the road in the U.S.

If the cover of the album, Blood In The Reed, is indicative of Tim's sound, things haven't changed much since that fateful night in Santa Carla. There's still bondage gear, chrome jewelry, a strong jawline, and yeah, you guessed it: hot, hot saxophone. Whether Tim will perform I Still Believe live has not been specifically stated, but let's be honest, he'll probably play it twice.

Eat some mushu worms with the Frog Brothers at one of the following dates:

Describing his new album, Tim says, “This really is a labor of love for me. I played pretty much every note on the record with some notable exceptions. Joan Cappello sang the background vocals with me, and on I Still Believe, I had lots of help. Michael Mancini produced it and played keyboards. Sammy Merendino played the drums, and Glenn Alexander played guitar.”

"It’s definitely a rocker, but with a funky twist," he adds. "It’s mostly classic songs I love to play live and twist them around a bit (and of course it includes a brand spanking new jammed-out version of I Still Believe)."