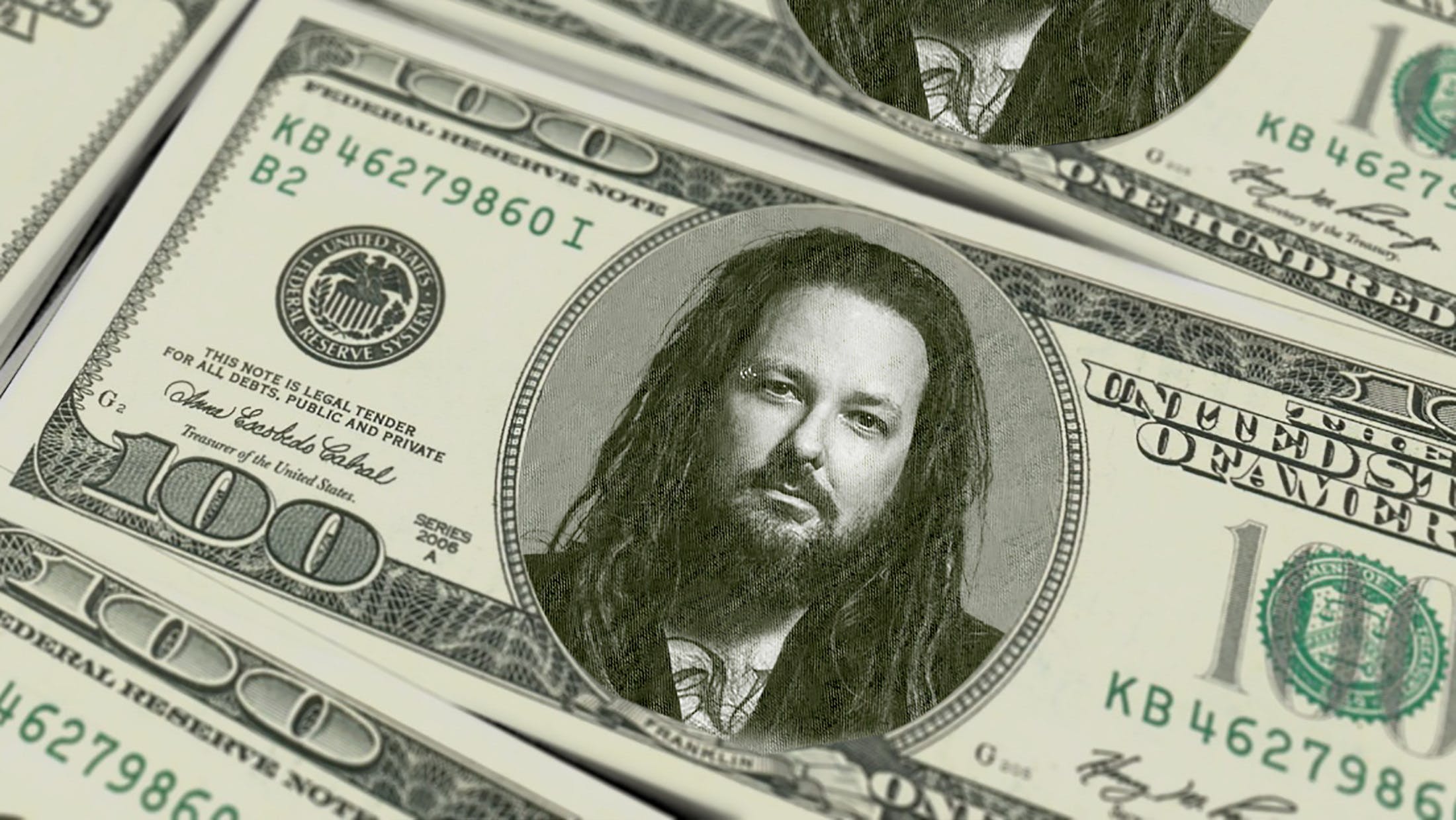 You can’t put a price on creativity. You can, however, put a price on things like equipment, studio space, crew members and the rock star lifestyle, all things which occasionally make album costs skyrocket. While some masterpieces are put together on next to no funds at all, when most bands are given access to huge sums of money they’ll generally find ways to spend it. They might do so ambitiously, frivolously or simply because it’s there, but rest assured, they’ll spend it…

Initially scheduled to be recorded in a mere five days, shoegaze pioneers My Bloody Valentine ended up taking two and a half years and using no less than 19 studios to make their second album. The stop-start nature of it all, often abandoning songs for months on end, was largely down to frontman Kevin Shields’ perfectionism, a source of endless tension with studio staff who he insisted were there to push buttons and nothing else. The second-in-command at the band’s label allegedly had a nervous breakdown trying to convince them to finish making the record.

Well, it’s a point of some contention. Kevin Shields claims that Alan McGee, head of Creation Records, wildly exaggerated how much money was spent on the album as a publicity stunt.

It seems that not a lot of the time Metallica spent recording their mammoth 'Black' album was fun. There were numerous fallings-out, both within the band and with producer Bob Rock, who felt that James Hetfield could write better lyrics. The band found the whole experience so stressful that 75 per cent of them got divorces during the making of it (only Papa Het remained married by the end). Aiming for perfection meant doing endless takes of everything, with a 'keep going until it’s flawless' approach. It paid off, with 31 million copies sold worldwide. Lars Ulrich told Rolling Stone: "You think one day some fucker's gonna tell you, 'You have a Number One record in America,' and the whole world will ejaculate. I stood there in my hotel room, and there was this fax that said, 'You're Number One.' And it was, like, 'Well, okay.' It was just another fucking fax from the office."

Eight months of recording, mixing, re-recording, re-mixing and re-re-ing everything. Plus the occasional orchestra.

AC/DC – For Those About To Rock

Cost: Thought to be around $1,000,000, plus a subsequent 40 years of carrying cannons around every-bloody-where…

“Fannying around” was how AC/DC’s Malcolm Young described much of the recording process of For Those About To Rock, while his brother Angus said he was “bored shitless”. Producer Mutt Lange spent the first 10 days of the session trying to perfect the sound of the snare drum in multiple Parisian studios before declaring it an impossible task. By the time they had been recording the album for three months – during which the band turned down a million-dollar offer to tour with The Rolling Stones – Malcolm felt like nothing made sense anymore, later remarking, “I don't think anyone, neither the band or the producer, could tell whether it sounded right or wrong. Everyone was fed up with the whole album."

Multiple studios (including a portable one that Mutt Lange had transported from London to Paris), multiple engineers, and a cannon or two.

Foo Fighters – One By One

Months and months of studio time, with every member recording separately while the others sit around playing foosball and shouting at one another, adds up.

The Darkness – A One-Way Ticket To Hell… And Back

The Darkness’ first album Permission To Land sold three and a half million copies and propelled them to stardom, complete with all the fringe benefits that provided (loads and loads of drugs). The follow-up, the cheerfully, ridiculously-named One Way Ticket To Hell… And Back, started off with the sound of a line of cocaine being snorted and had a lot of tongue-in-cheek fun with frontman Justin Hawkins’ struggle with addiction. Recording it wasn’t all fun and games, though – the band came close to splitting up entirely, with bassist Frankie Poullain leaving halfway through recording.

Producer Roy Thomas Baker (known for his work with Queen and The Rolling Stones) probably wasn’t cheap, and they went very over-the-top on recording with some songs including 120 layered guitar parts, and some money would have been spent on the session bagpiper, but it seems like most of it went on, uh, ‘lifestyle costs’…

Korn had lofty goals going into Untouchables, teaming up with producer Michael Beinhorn in a bid to make “an amazing sounding rock record that could never be made again”. They spent two years working on it – five months solely on vocals, a month working on the drum sound before recording any of it – with occasional days when Jonathan Davis would turn up to the studio, sing a note and be told his voice wasn’t right that day so he should go home.

Untouchables was the first album recorded in high-definition 96K, controversial within the music industry due to the high-end equipment necessary to detect the difference. This required some new technology (or, as Jonathan described it, “There was some shit that hadn’t been done – we had to get someone to make clocks to clock the sample rates”), sending costs up. A band and 15-person crew simply living on hefty monthly retainers did a lot of the work, however. Fieldy told Kerrang!: "We moved to Phoenix and rented five houses for $10,000 a-piece for four months. We came to LA, rented five more houses for $10,000 a-piece for four more months. We went to Canada and rented a house for $8,000. That's a week, not a month."

A 62-minute, hit-single-packed album three years in the making, Def Leppard’s Hysteria reached the point by its release date that it would need to sell five million copies just to break even.

The album was beset by every kind of delay you could name. There were personnel issues, which led to initial recording sessions being scrapped. There were health issues – most notably drummer Rick Allen’s car accident, which cost him an arm and required him to spend a year learning to drum without it, but producer Mutt Lange also had a car accident, and singer Joe Elliott was even taken out of action by mumps at one point. Mutt’s recording techniques were very time-consuming and exhaustive, with months and months spent on recreating drum sounds on a synthesiser by, er, drumming into it. There was method to all the madness, though, with the album subsequently selling an amazing 25 million copies.

When Chinese Democracy finally came out in 2008, it was the first album of new Guns N’ Roses material since Use Your Illusion I & II in 1991, and the first album they’d done at all since 1993’s The Spaghetti Incident!?. During that period, a ridiculous amount of musicians were hired and fired, most of the original line-up quit, umpteen producers were enlisted and let go, and loads of recorded material was scrapped. The only constant band members were Axl Rose and Dizzy Reed.

While some of it went on weird gimmicks – guitarist Buckethead had a chicken coop built in one studio, then refused to allow Axl’s dog’s shit to be cleaned out of it as he liked the smell – the vast majority went on salaries. Musicians, engineers and producers were on huge retainers, despite frequently going for months on end without doing anything, while rented equipment and studio space gathered dust. A&R man Tom Zutaut described the situation as, "These fucking people are getting paid shitloads of money and they're sitting on their arse doing nothing because Axl's not coming to the studio and they can't get him on the phone."