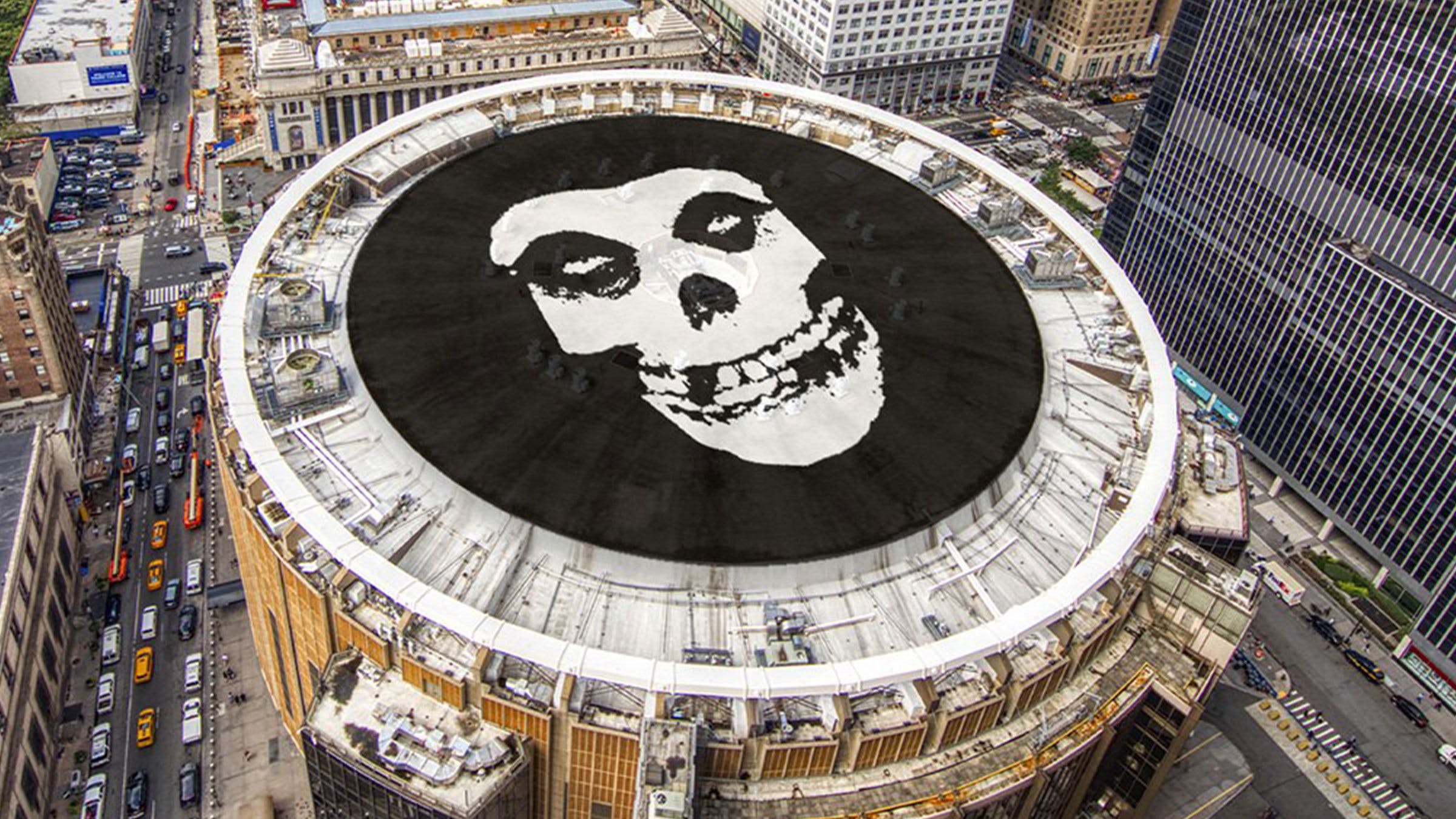 Yesterday, the Misfits officially announced that they will be playing a New York City show at Madison Square Garden on October 19, 2019. The announcement, which came via social media, was paired with a drone shot of the iconic Misfits skull enshrouding the rooftop of Madison Square Garden.

The message read, “DEATH COMES RIPPING AT THE GARDEN when the ORIGINAL MISFITS w/ special guests RANCID & THE DAMNED, return to NYC for their hometown Halloween show—Saturday, October 19th at Madison Square Garden!...This day, anything goes... be a part of history, don't miss it Fiends!”

The original lineup includes frontman Glenn Danzig alongside original bassist Jerry Only and guitarist Doyle Wolfgang Von Frankenstein. So far, Dave Lombardo of Suicidal Tendencies and Slayer has been filling in on drums, too. According to MetalSucks, the shows are a part of a legal settlement between Glenn and Jerry over a trademark dispute. Pretty cool that the fans get to benefit from it either way!

The tour dates for the original Misfits lineup are now as follows: