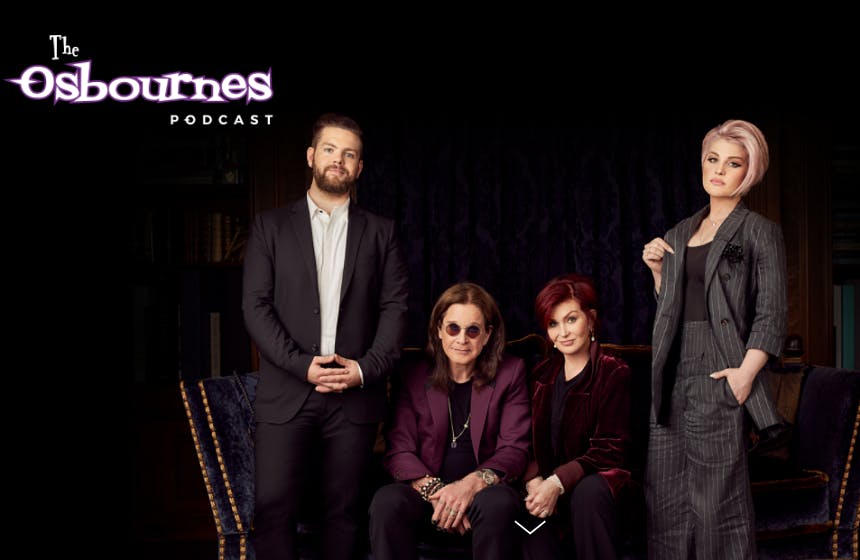 The Hollywood Reporter, er, reports that Ozzy Osbourne and family will discuss their time spent making The Osbournes on a brand new podcast. The 10 episode podcast -which launches March 5, 16 years to the day since the launch of the original show- will feature Ozzy, Sharon and their kids Jack and Kelly talking about the reality show, which ran on MTV from 2002 to 2005.

Guests appearing on the show include comedian Sheryl Underwood, Carnie Wilson and The Osbournes executive producer Greg Johnston. Jack, who will essentially be hosting the podcast, told The Hollywood Reporter that the idea came from his love of the podcast format. "There's been talk about bringing The Osbournes back, but it would never work," he said. "I thought, 'Well, this is probably the next best thing.'"

The family have been screening old episodes of the show to discuss on the podcast. "It's really quite awkward to watch, especially now as a parent," he says. "Everyone is really open and honest about a lot of things, it's pretty candid."

This is going to be a lot of fun.

Below is the best bits of the famous 'Won't You Be My Neighbour' episode from series one - everyone looks so young!: