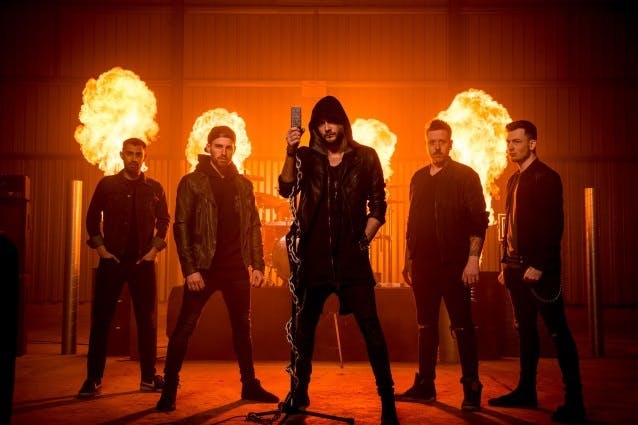 The Raven Age have released a new video for their track The Face That Launched A Thousand Ships, taken from their second album Conspiracy.

The video comes just a month before the band's final headline show of the year, taking place at The Dome in their hometown of London on Friday December 13. The band say the gig will be "themed around Noctem Mortis and the Black Death," which sounds cheerful. You can get your tickets here.

Speaking about the song, vocalist Matt James says, "The video is essentially a cryptic love story and the setting for the video had to reflect that. We are so proud of the end product and we collectively feel very happy with what we’ve produced.”

READ THIS: The 13 greatest cowbell moments in rock

"We shot this video whilst on tour in the United States, in the desert just outside Las Vegas," adds guitarist George Harris. "We thought it would help paint the picture of the story of Helen Of Troy which is what the song's written about."

The Raven Age's latest album Conspiracy is out now via Explore1 Music.