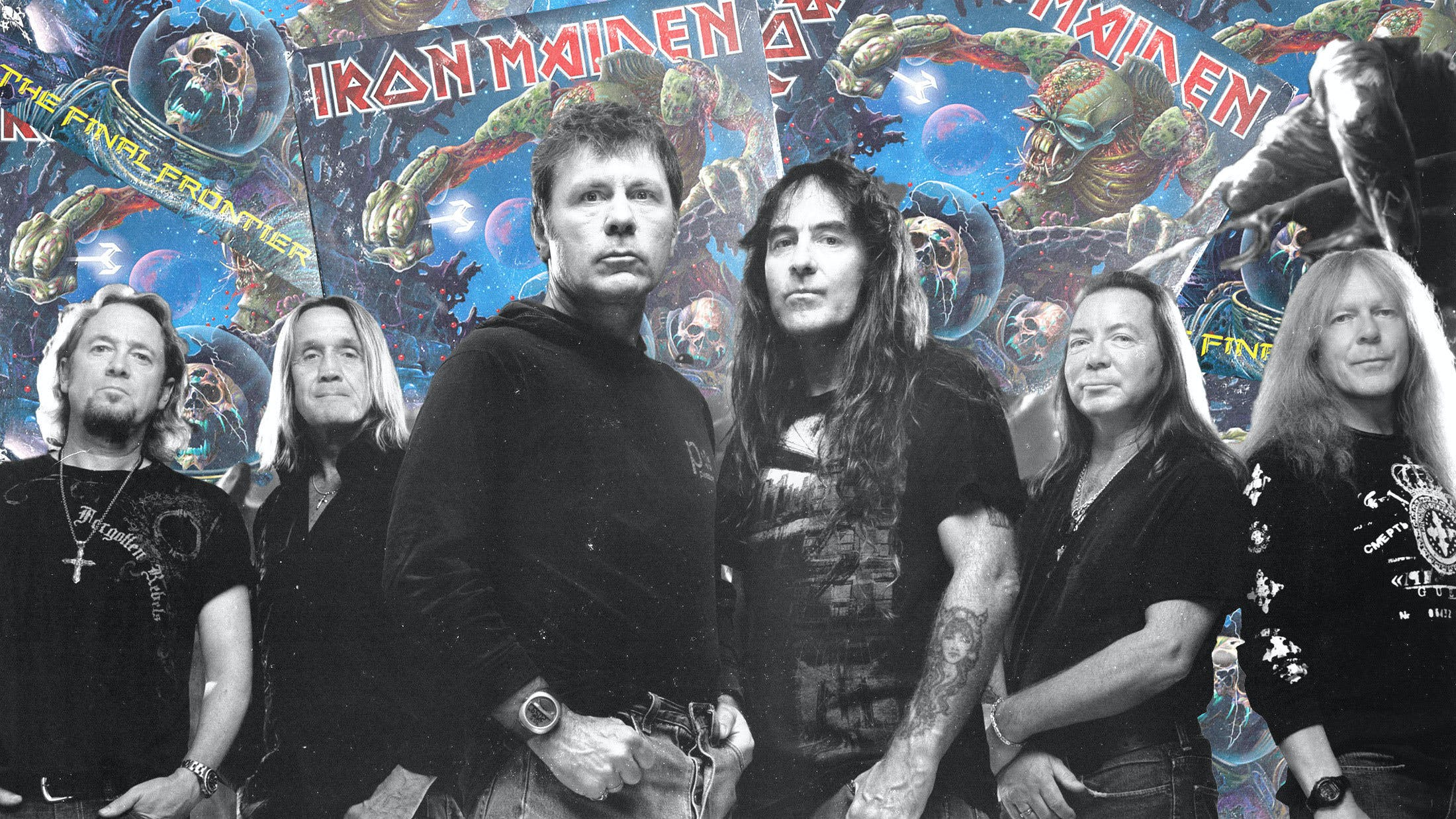 Iron Maiden released seven albums in the 1980s. Through most of that time there was a sense of acceleration, of building momentum; of having to rush from one landmark release to the next. The past decade or so has been less prolific for a number of reasons. The band are all older for a start, and seem to have bought a little more into the concept of work-life balance.

Or most of them, anyway. As Steve Harris once told us: “Bruce is so bloody hyper! I keep expecting him to run out of gas but he never does… He’ll be on a plane and while I’m having a kip or reading a book, he’ll be bloody writing one!”

If the albums have become fewer and further between, however, there’s been a definite sense of quality over quantity. And the band have freed themselves from that relentless grind of the album-tour-album cycle that nearly finished them on more than one occasion.

Despite this slight easing of pressure, Iron Maiden have never been bigger or more prominent. When there’s been no new album on the horizon, there always seems to have been a tour or a festival that registers as a genuine event. That was certainly the case with the 2008-2009 Somewhere Back in Time World Tour, which harked back to the epic one for Powerslave.

“It won’t be Live After Death word for word. I won’t be wearing my jocks on the outside of my spandex. We’ll be recreating the cool bits, but the main thing is the music. We don’t want to look like our own version of an Iron Maiden cover band,” Bruce laughed.

As well as bringing Maiden classics to diehard fans and a younger generation who weren’t born in time to witness the originals, the tour drew worldwide media attention due to its unorthodox logistics, with Bruce piloting a huge Boeing 757 aircraft, dubbed Ed Force One.

The subsequent tour documentary, Iron Maiden: Flight 666, got a limited cinematic release and was covered way beyond the music press, but Kerrang! got to bag a seat on the plane itself.

“Flying does curtail the post-gig fun for me at times, but you must rest and adopt a zero-alcohol policy. It’s the industry standard. You can’t report for flying with any alcohol in your bloodstream. Eight hours before that, you don’t consume any alcohol whatsoever,” Bruce told us, with his sensible Captain’s hat on.

“We’ve just been asked to say ‘scream for me, Brazil’ by air traffic control,” he added with a laugh. “The things you’re asked to do…”

READ THIS: The story behind Iron Maiden's debut album

The tour and film were both huge successes, yet Iron Maiden the band remained conscious of not being seen as a legacy or nostalgia act. It was therefore time to not only record a new album, but one that forged ahead in a number of new directions for the band.

Nicko told Music Radar that the resultant album, The Final Frontier, represented “a real breakthrough for us”.

“It’s filled with epic songs but it doesn’t just go on and on for the sake of it,” he said. “There’s ideas and real heart on it. We felt everything we were playing. That’s what makes a band a real band and a record a real record – the amount of feeling you put into what you do. We took a lot of our history and revisited it in certain ways… way beyond anything we’d ever done before. The segues, the song structures, the time signatures – we placed no restrictions on ourselves.”

Recalling the recording of cinematic closer When The Wild Wind Blows, he even said: “When we finished recording the song I turned to Steve and said, ‘Next to Hallowed Be Thy Name, I think this is the best song you’ve ever written.’ And he went, ‘Nahhh!’ And I said, ‘To me it is.’ That’s how I feel, I think it’s just immense.”

It’s a bold claim, and many might be with Steve on the ‘nahhh’, but the album as a whole is one of the finest in the modern Maiden era. It was recorded at Compass Point Studios in the Bahamas – where they made Piece Of Mind, Powerslave and part of Somewhere In Time – but, unlike the preceding tour, it was certainly not an album that was mired in the past. As Nicko pointed out, it revisited parts of the band’s history, but reworked them with an eye firmly on the future – and we’re not just talking about the sci-fi title or the weird alien Eddie on the cover.

“People will think it’s a Trekkie-type thing, won’t they? We knew when we picked it that it would wind a few people up,” Bruce told us.

READ THIS: 11 songs that bands have written about other artists

And people weren’t wound up just because of a Star Trek reference. Steve Harris once said that he only envisaged Iron Maiden making 15 albums and that there was “going to be an ending point” for the band. With The Final Frontier being that 15th studio album, the title seemed like a deliberate wind-up and sparked worried speculation that this could be it. We know now that wasn’t the case, of course. But at the time even Maiden were unsure and, if the title would inevitably fuel speculation, they were in no rush to stop it.

Unlike A Matter Of Life And Death, Maiden didn’t play the album in its entirety on the accompanying tour, but they did concentrate on songs recorded since the return of Bruce and Adrian Smith in 1999.

The album and tour were both wildly successful. They might not have sold as many copies as they did back in the ’80s but, in a different musical and technological era, nor did anyone else. The Final Frontier was still the band’s most successful in terms of chart placements, hitting the Number One spot in 28 countries. Iron Maiden were firmly re-established as one of the biggest bands in the world. With fears of their impending retirement quashed, there was yet more to come – but to get there they would have to overcome their biggest challenge yet…

Which Iron Maiden album is your favourite? Cast your vote in the ultimate poll now!